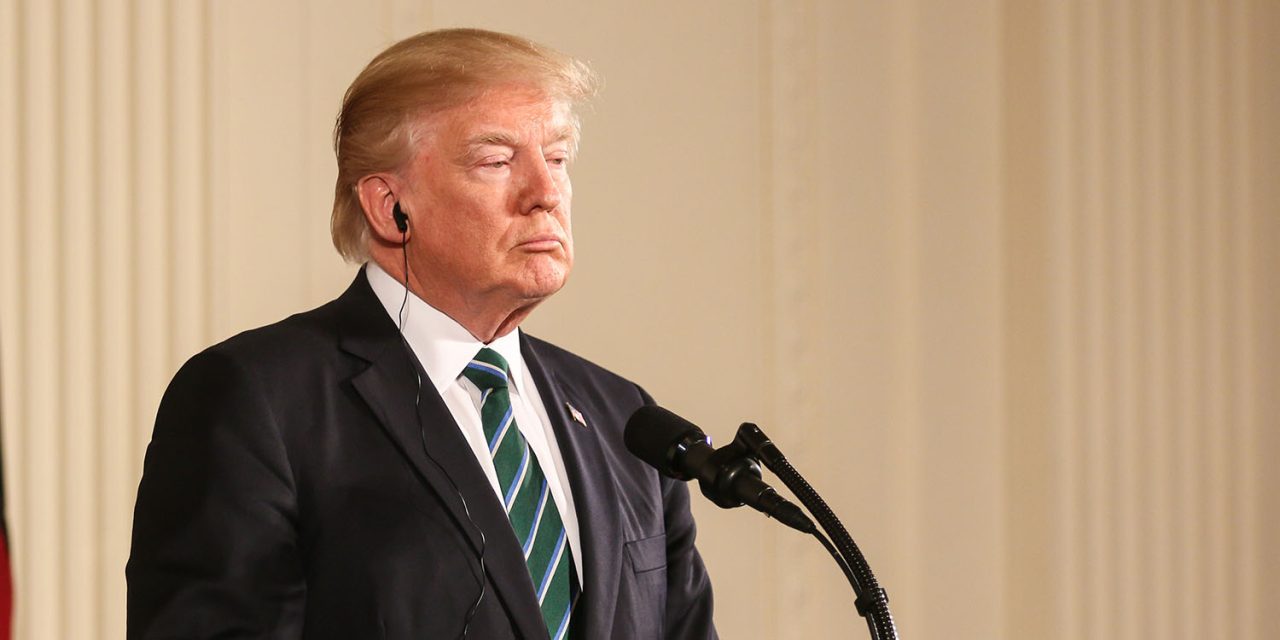 President Trump has threatened to increase tariffs on goods imported from China from 10% to 25%. He claimed in a tweet that this increase would happen on Friday.

It’s previously been reported that 25% is the point at which Apple would seek to move US iPhone production out of China, and that the Cupertino company could face ‘devastating’ retaliatory actions from the Chinese government …

The Trump administration has so far imposed 10% tariffs on most Chinese imports, with a much higher 25% figure applied to around $50B worth of products. So far, Apple has escaped, but that – according to Trump’s latest tariff threat – is about to end.

He made the threat in a two-part tweet, in which he said that not only would the 10% figure be increased, but additional goods which currently escape – which includes Apple products – would also be subject to the new 25% tax.

For 10 months, China has been paying Tariffs to the USA of 25% on 50 Billion Dollars of High Tech, and 10% on 200 Billion Dollars of other goods. These payments are partially responsible for our great economic results. The 10% will go up to 25% on Friday. 325 Billions Dollars….

….of additional goods sent to us by China remain untaxed, but will be shortly, at a rate of 25%. The Tariffs paid to the USA have had little impact on product cost, mostly borne by China. The Trade Deal with China continues, but too slowly, as they attempt to renegotiate. No!

The problem with tariffs on imports to the US, of course, is that it’s US companies and consumers who end up paying them. Companies may be able to absorb some of the costs, reducing their profitability, with the rest passed on to consumers, reducing sales.

Bloomberg has suggested that 25% would be the point at which Apple would seek to move US iPhone production out of China.

Bloomberg suggests that it would be business as usual if a 10% tax were applied, but there would come a point where drastic action might be required [and] it will have to reassess the situation should U.S. President Donald Trump decide on a more punitive 25 percent, the people said.

We’ve previously explained why this would be an incredibly complex, time-consuming and expensive task for Apple.

The Chinese government established Shenzhen as the first Special Economic Zone […] back in 1980, meaning that the city has had 37 years to grow into the manufacturing center of the tech world. Apple relies on a huge network of suppliers and sub-contractors, some of which may make just a single tiny component. The majority of them are based in Shenzhen and its immediate surrounds, so the logistics of bringing everything together in one place for assembly are straightforward.

Trump has in the past suggested that he could make Apple move iPhone production to the US, something Tim Cook has repeatedly explained is impossible.

Even if it were practical, it would create very few jobs as the technology moves ever closer to completely automated factories.

Apple’s likely plan B is to shift US iPhone production from China to India, with Foxconn recently confirming long-running rumors that it is to begin mass-production in India this year.

Additionally, it’s been suggested that Apple – as the highest-profile US company – would be targeted by China for retaliatory measures.

China’s threatened retaliatory moves in particular “could be fairly devastating,” said Mark Vena, an analyst with Moor Insights & Strategy, a technology research firm. He said Apple should have enough inventory of key components for iPhones and smartwatches to maintain production through the holidays, but long term, Chinese retaliation “could be a serious problem.”

Apple can draw some comfort from the fact that Trump has made the 25% threat before without following through, and even where he gives a specific date, that doesn’t mean he won’t change his mind before then. TIME suggests that the tweets are just a pressure tactic by Trump, though economists have described the tariff threat as an inappropriate and dangerous one.

Philip Levy, senior fellow at the Chicago Council on Global Affairs and a White House economist under President George W. Bush, said the talks are too complicated for Trump’s high-pressure tactics to work. “The president treats this like we’re haggling over the price of a used car,” Levy said.

The prospect of higher tariffs and heightened tensions could alarm investors when markets open Monday. “When the president puts his foot down, it makes the market go down,” Chris Rupkey, chief financial economist at MUFG Union Bank, wrote in a research note Sunday. “Tariff man is back just in time to make the stock market dive, dive, dive.”