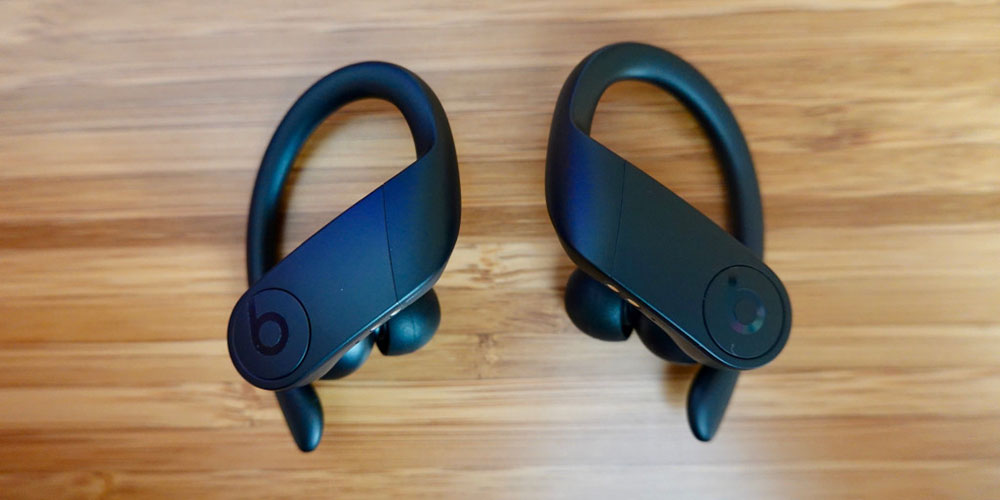 There may be good news for at least some of those who pre-ordered Beats’ alternative to AirPods: the Beats Powerbeats Pro delivery date for some customers appears to be set for tomorrow …

When pre-orders opened on May 3, delivery was promised around May 13 – despite the fact that they were due to go on sale in Apple Stores tomorrow, May 10. Subsequent emails to some customers showed shipping dates of May 10, suggesting that they would arrive the following day.

However, some of those who pre-ordered are now reporting that delivery is shown for tomorrow.

We got our hands on a pair ahead of time, and Zac Hall was impressed.

The actual earphones are much thinner and lighter than I expected. Beats says Powerbeats Pro are “23 percent smaller than its predecessor and 17 percent lighter” than Powerbeats3, but I assumed much of that was from removing the cable in between each earphone. Instead, the hardware around the earphones is indeed slimmer (almost as slim as the adjustable earhooks) which makes Powerbeats Pro feel even more modern than Powerbeats3 […]

Sonically, there’s no doubt that Powerbeats Pro deliver more range and volume with less ambient noise than AirPods — they’re like AirPods when you press each earphone in with your fingers, except you don’t have to press them in. The sealed design is very effective at keeping outside noise from interfering with your audio playback.

If you’re awaiting your own pair, you can get up to speed on how to charge, pair, and control your Powerbeats Pro in our comprehensive guide.

If you pre-ordered, have you been given a Beats Powerbeats Pro delivery date yet? Let us know in the comments.

Powerbeats Pro can be ordered from apple.com.