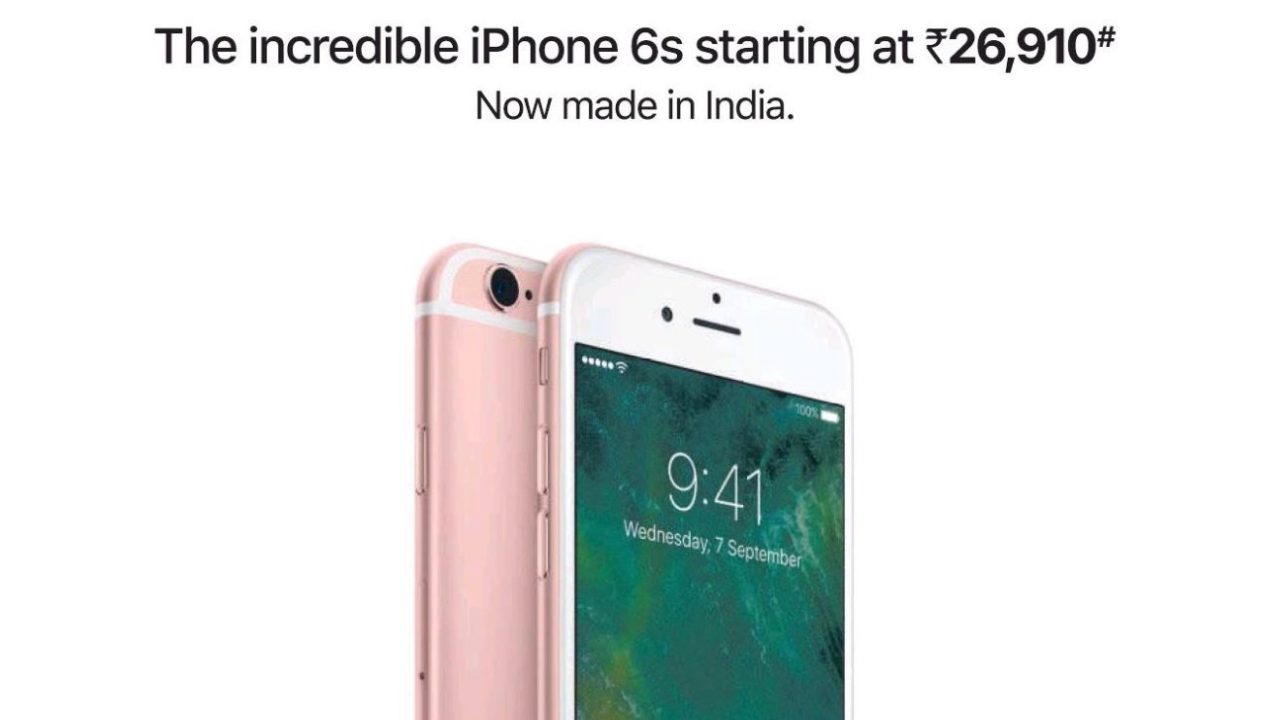 Apple has launched a new marketing campaign in India focused on the iPhone 6s. The campaign focuses on the fact that the iPhone 6s is “made in India,” and highlights the device’s low cost.

Apple started manufacturing the iPhone 6s in India back in June of last year. Apple supplier Winstron first received approval for its iPhone plant in India in March of the same year, starting production of the iPhone SE in the country.

The new Made in India iPhone 6s ad campaign was first spotted by Varun Krishnan on Twitter. Apple touts that the iPhone 6s gives users a 12MP camera with 4K video, as well as a Retina HD display, A9 processor, and “long battery life” (via The Verge).

Apple has used its Made in India initiative as a way to avoid import taxes imposed by the Indian government. A report last year suggested that Apple was also planning to manufacture high-end iPhones in India as well, but more recent reports have cast doubt on that.

Despite the focus on local manufacturing, however, Apple has struggled in India. The company stopped selling the dated iPhone 6 in the country earlier this year as a way to improve its brand image. Furthermore, Apple’s India team has undergone restructuring over the last year, naming former Nokia executive Ashish Chowdhary its head of India operations.

Apple and Tim Cook were at one point very bullish on the growing size of India’s smartphone market. Recent data, however, has suggested that Apple has a very small share of that market. Apple is also still working to meet a requirement of 30% locally-made products to receive approval to open Apple Stores in the country.

Just saw this ad , Apple is explicitly promoting made in India pic.twitter.com/OpjClRJAhs