Here are all the Apple Watch models compatible with watchOS 6 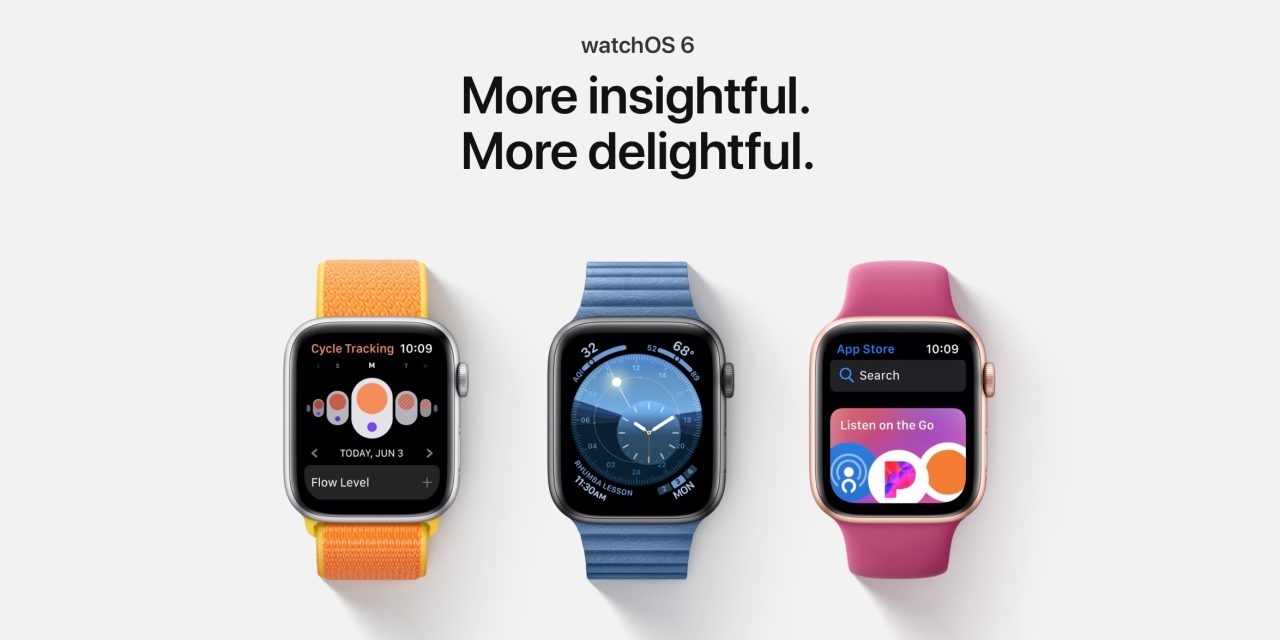 After Apple announced watchOS 6 today at its WWDC keynote, the company has shared what Apple Watch models will be compatible with the newest software. Read on below for the full list.

When Apple released watchOS 5 last year, support was dropped for the original Apple Watch (1st generation, aka Series 0). This time around, watchOS 6 will be supporting all of the same Apple Watch hardware as watchOS 5, meaning even Apple Watch Series 1 users will get to update to the latest software when it’s publicly released.

Apple does note that not all features in watchOS 6 will be available on all Apple Watches that can run the software, however, it doesn’t specify details on that for now.

watchOS 6 will be compatible with Series 1, 2, 3, and 4 and will require an iPhone 6s or later. The iPhone hardware requirement moves up from 5s and later for watchOS 5. 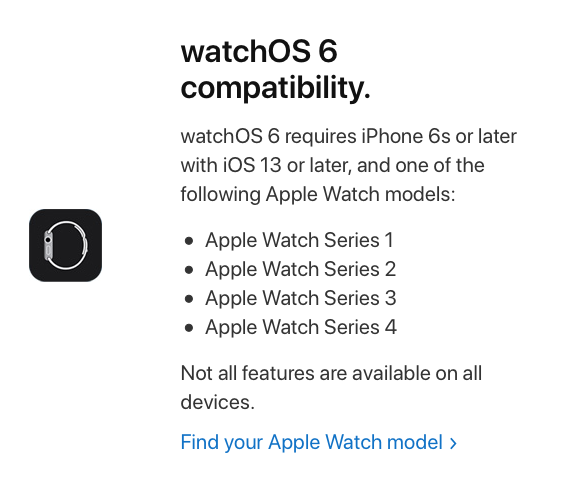