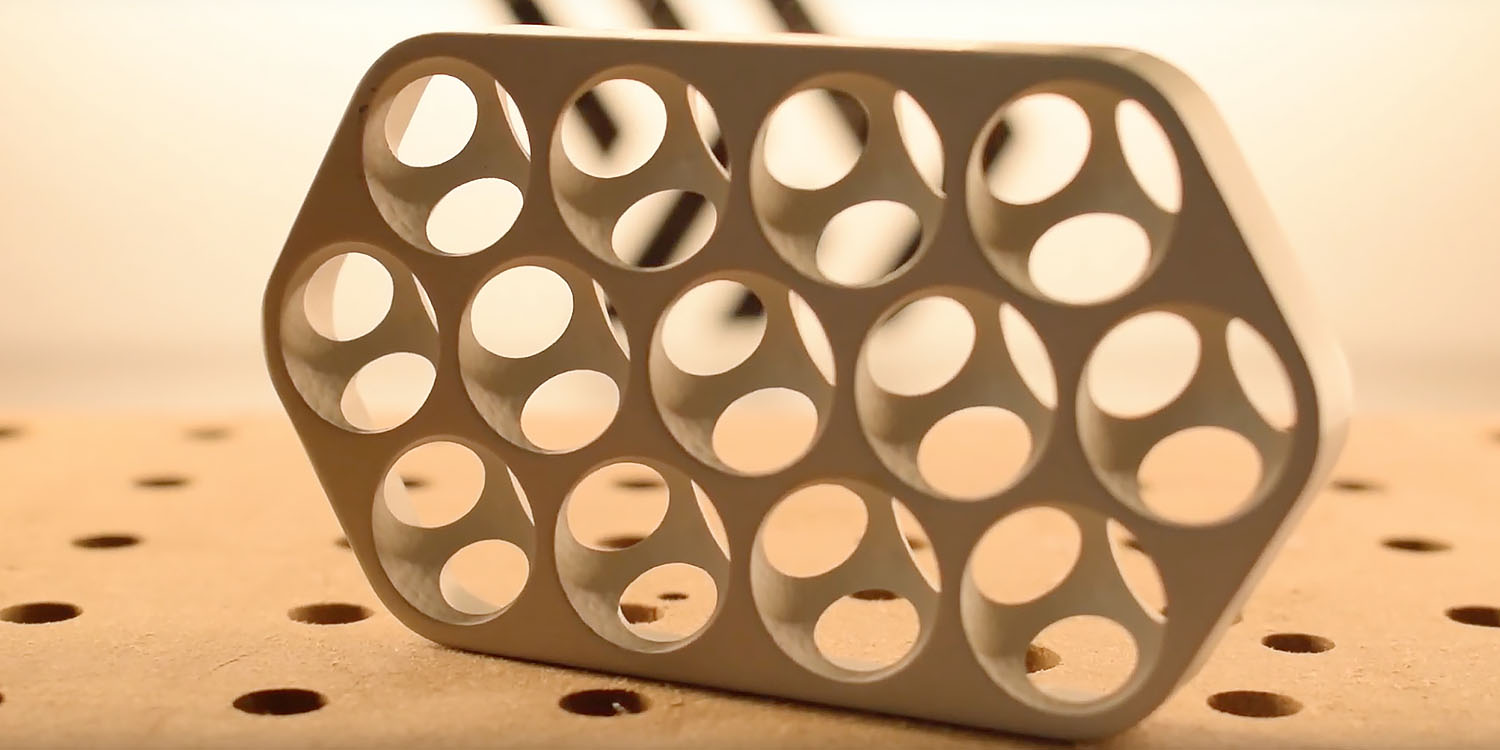 There has of course been a great deal of discussion about the 2019 Mac Pro, due to go on sale later this year …

Discussion has included the likely cost of maxing-out the machine, modular storage options, design and performance, thermal management, accessories, the AR app and plenty of commentary on that $1000 monitor stand.

There’s been some interest in the lattice design of the casing, but it’s only now that someone has addressed the real question: can that cheese-grater design actually grate cheese?

Winston Moy decided to find out, and the man doesn’t believe in half-measures. He created a CNC instruction set to mill his own section of the casing.

Moy decided to go a little further than Apple. While the Mac Pro lattice doesn’t extend into the perimeter, which complicates the cuts, he decided to ask himself ‘What would Steve Jobs do?’ He concluded that Steve would never compromise on the ventilation of a cheese grater, and proceeded accordingly.

The video takes us through the complete process of programming and machining. His first attempt failed, when he flipped the metal the wrong way, so he made the most of having to start again and improved on his process so that orientation wouldn’t matter.

He chamfered the edges because Apple does this with its MacBook casings (so we don’t slit our wrists on them, at least, not until the keyboard fails). This would, admittedly, impact on the cheese grating performance, but realism matters.

This was the same reason he gave the piece the same satin finish and anodizing as Apple. Which also had the benefit of making it food-safe.

Finally, it was time for the moment of truth: can you grate cheese with the grille? Spoiler: not very well … but he did find an alternative use for it.