Opinion: Apple killed its most futuristic Mac with no true upgrade 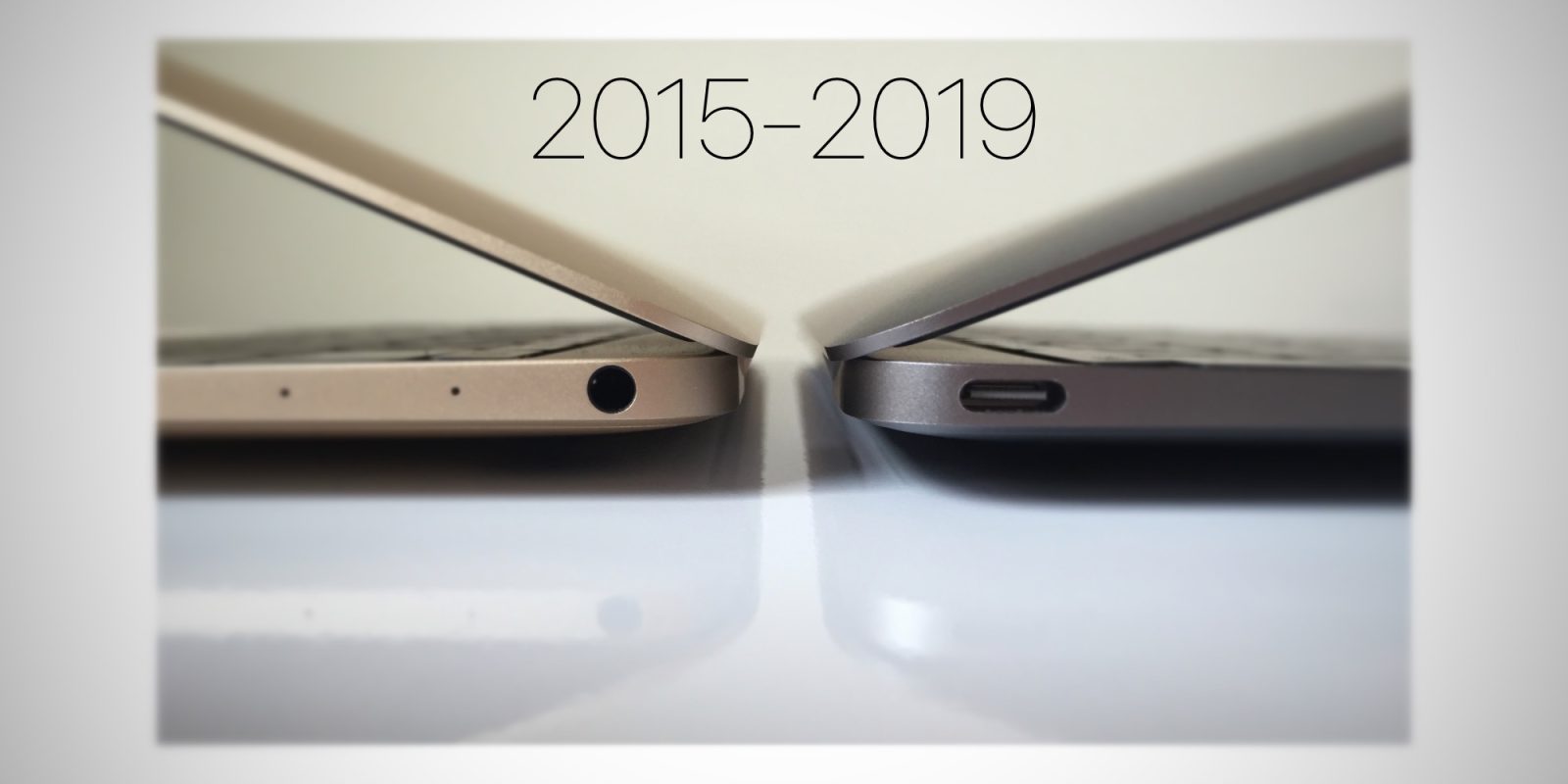 Apple cleaned up its MacBook lineup this week with updated hardware, better prices, and one casualty: the 12-inch MacBook. While the MacBook Air and entry-level MacBook Pro saw changes (and Mac storage prices dropped), Apple killed off its lightest notebook after four years and three generations.

As a day-one customer of the original 12-inch MacBook four years ago, I found that the form factor hit a sweet spot as a super portable version of macOS — especially if you have a desktop Mac for carrying heavier tasks. The size felt discreet yet practical for public use without being too small.

Introduced with a theatric unveil in March 2015, the now discontinued 12-inch MacBook pre-dated the 12.9-inch iPad Pro and Smart Keyboard by months and more powerful iPadOS features by years. Even after the iPad shifted to more professional uses, my needs were better met by the 12-inch MacBook for two reasons: macOS lets you easily run a dozen apps with fast window switching, and the clamshell notebook form factor is more ergonomic as a lap computer than iPads in keyboard cases for me.

Apple CEO Tim Cook positioned the original 12-inch MacBook as a reinvention of the notebook while Apple Worldwide Marketing SVP Phil Schiller pitched the new laptop as made for the wireless world in which we were already living. Both were true then and now.

The 12-inch MacBook brought with it so many firsts that have since been adopted by Apple notebooks that weren’t forgotten this week, clearly serving as the roadmap for at least the next four years of Mac laptops.

From trivial changes like space gray/gold finishes and display lids too thin for backlit Apple logos to futurist new features like automatically booting up when the lid is opened and a giant Force Touch trackpad without the diving board click button, the MacBook introduced changes that now outlive the machine.

It was also the first all-metal Mac notebook, one that replaced proprietary MagSafe charging with standard USB-C using Apple-developed stacked battery sheets to cram as much power in the lightest, most compact Mac to date. Its logic board was an achievement in miniaturization, and it’s the only Mac to run silently with a fanless design — just like iPads.

Ultimately, the 12-inch MacBook only saw three generations: the original in 2015, a speed bump in 2016, and one last processor upgrade in 2017. While its design was used as inspiration for the Retina MacBook Air last fall, the 12-inch MacBook specs were left unchanged from 2017 to its demise yesterday.

If you could never see yourself purchasing the 12-inch MacBook over another laptop in the lineup, the decision to kill the MacBook makes perfect sense. If you considered the design “for you” then the move makes no sense.

As an owner of the first and third generation MacBook, I find myself frustrated with how the end played out. Only Apple knows the market that the three generation computer captured, but it hardly had a chance to compete with the new MacBook Air.

The new 2018 MacBook Air started at $1199 while the old 2017 MacBook started at $1299. That’s a tough sell when the cheaper screen is 1.3-inches larger than the pricier screen, but the MacBook Air also had half the storage of the MacBook when both were sold at the same time.

I can’t help but wonder how the market would have responded to a lower-priced 12-inch MacBook. Using Apple’s previous and current prices as guides, the 12-inch MacBook could have lived on at $999 for 128GB (and $899 for students) and seen its first-ever price drop to $1199 for $256GB.

Yes, the branding was terribly confusing when the lightest notebook was called MacBook and the larger version was called MacBook Air, but naming problems are solvable. And with upgraded storage, processors, and RAM, the 12-inch MacBook could be quite capable (for a price).

The new MacBook Air is easier to recommend to more people which is probably the answer to why the MacBook had to go — too niche — but a heavier 13.3-inch MacBook Air with more physical volume and a fan isn’t a clear upgrade if the now discontinued 12-inch MacBook performance worked for you. 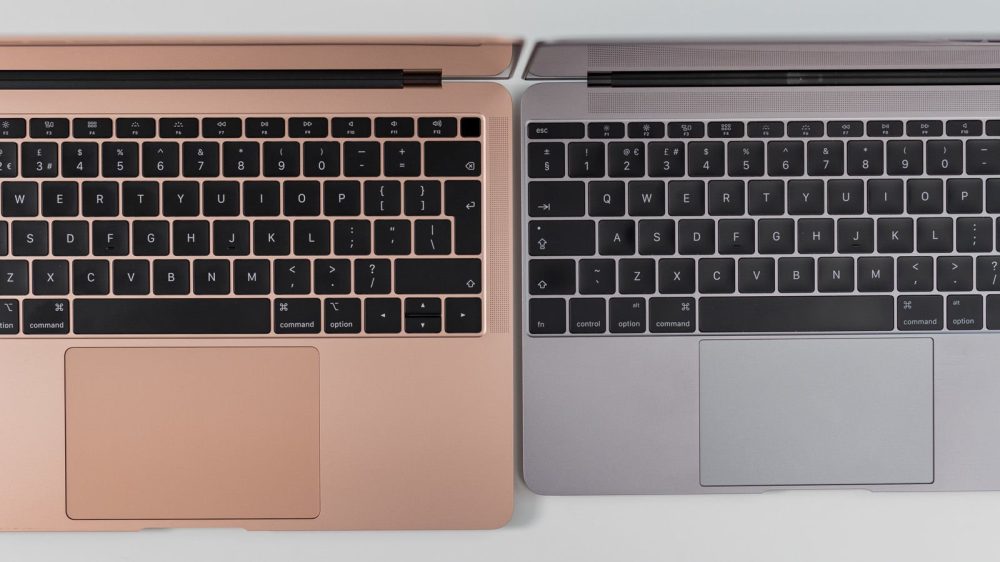 Admittedly, I was convinced to replace my 12-inch MacBook with a new MacBook Air earlier this year (I use a desktop iMac at home), but I would have gladly opted for an updated MacBook instead if both were updated. For me, the larger and heavier Air lacks enough oomph to justify its trade-offs over the impressively portable MacBook.

My guess is that Apple hoped the 12-inch MacBook would satisfy the needs of MacBook Air customers. When that didn’t happen, Apple had to develop a new MacBook Air and didn’t see an opportunity for the now discontinued 12-inch MacBook.

Its legacy may be that it created the path forward for the next versions of MacBook Pro and MacBook Air, but I hope there’s still a future for the ultra-portable notebook. Might the MacBook return as the first ARM-based Mac to transition from Intel, possibly with LTE or 5G integration?

Here’s to hoping this isn’t the last time we’ll see a MacBook:

TTFN MacBook. I suspect this is farewell, not goodbye. 🥂 pic.twitter.com/sDvFXeuAbm