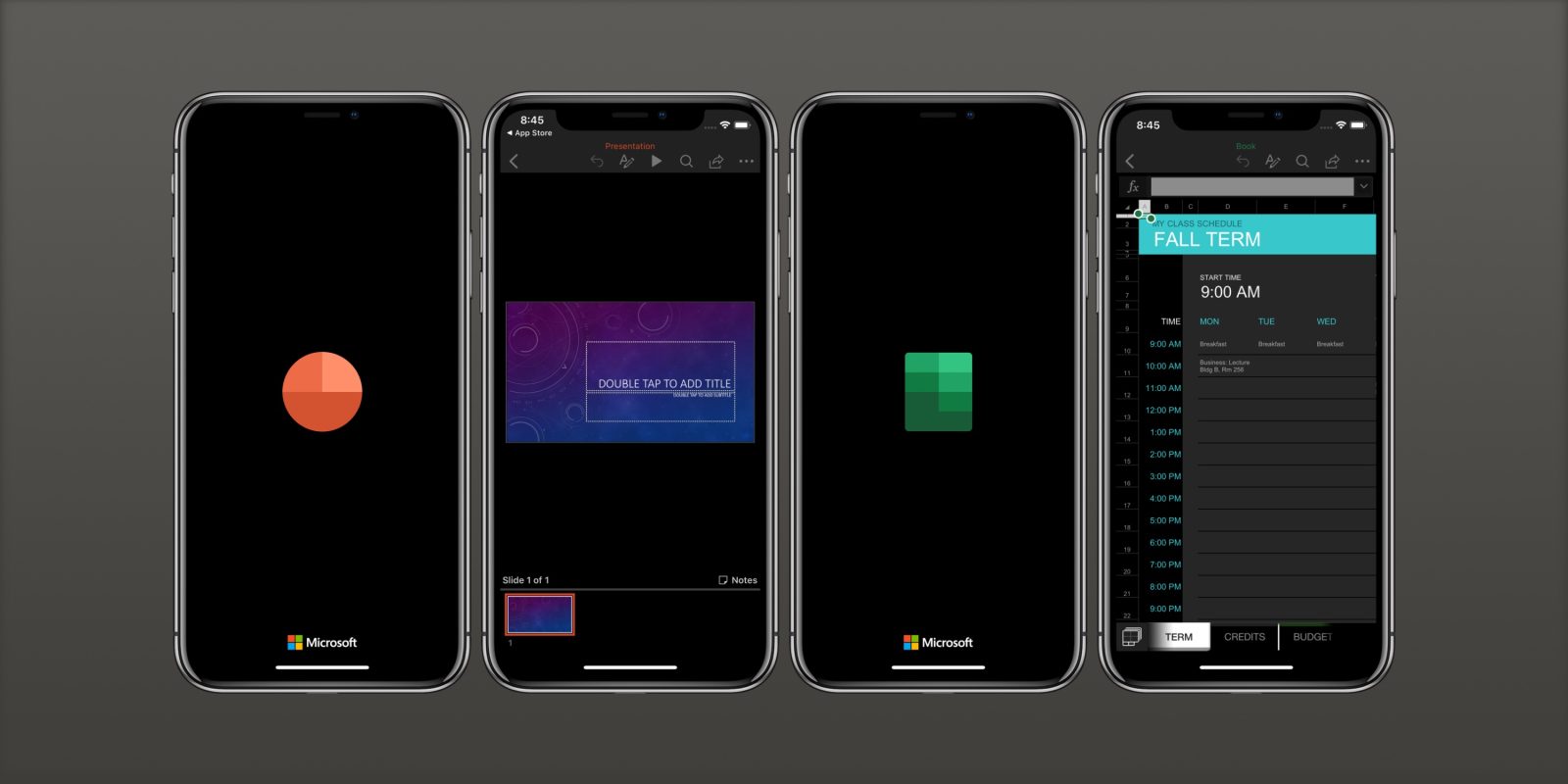 As we previously reported, Microsoft highlighted that it has built the system-wide Dark Mode support for its iOS 13 and iPadOS 13 Office suite from the ground up. That made the process a bit more labor-intensive as it “worked to ensure design teams were ‘aligning to the single palette.'”

Microsoft has slowly updated certain apps with support for Dark Mode like Office for Mac getting the dark treatment last December and Outlook for iOS getting the update back in August ahead of the iOS 13 release.

Today, Microsoft has quietly rolled out system-wide Dark Mode support for iPhones and iPads running the latest iOS and iPadOS versions for the rest of its Office apps: Word, Excel, PowerPoint, and OneNote. Interesting enough, the release notes don’t mention the change (except for OneNote) but Dark Mode support has indeed arrived as spotted by WCCFTech (via MacRumors)

Once you’ve updated to the most recent Office iOS or iPadOS apps, Microsoft’s productivity suite will respect the system-wide Dark Mode setting.

In addition to the official iOS 13 Dark Mode Support, the apps include some other small tweaks and changes.

Pick Your Destination: Use the Move command to easily move your cloud-based files from one folder to another.

* Go easy on your eyes with Dark Mode: Switch to Dark Mode in low light environments or whenever you want to increase the legibility of the OneNote user interface and the readability of your notes.

Thanks for using OneNote! We listened to your feedback and updated the application with optimizations to help improve your note taking experience.

Having trouble? Send feedback in the app (OneNote->Settings->Send Feedback)

Have an idea? Add to our feature suggestion box at https://aka.ms/onenote-ios-suggest