Some users unable to redeem free year of Apple TV+, others get it despite not buying an Apple device recently 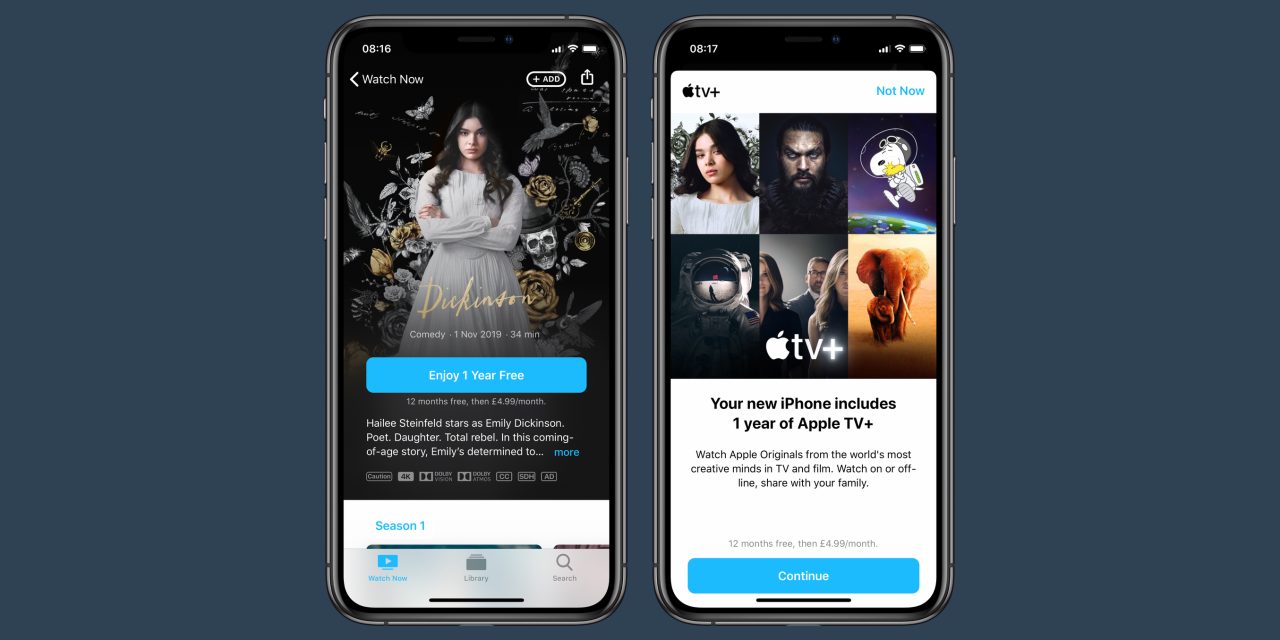 With the launch of Apple TV+ on Friday, Apple debuted its most ambitious free giveaway promotion in a long time: a free year of TV+ with the purchase of an iPhone, iPad, Apple TV, Mac, or iPod touch since September 10. However, the rollout of the promotion has not gone smoothly for everyone.

In theory, the free year of Apple TV+ is offered automatically. To get Apple TV+ for free, you simply open the TV app on your newly purchased device and the ‘Enjoy Free Year’ offer is shown in the app.

You tap the button and get 12 months of Apple TV+ for free (usually $4.99 per month). Technically, it’s a one-year free trial so you will start being charged $4.99 from November 2020 if you don’t cancel before it renews. 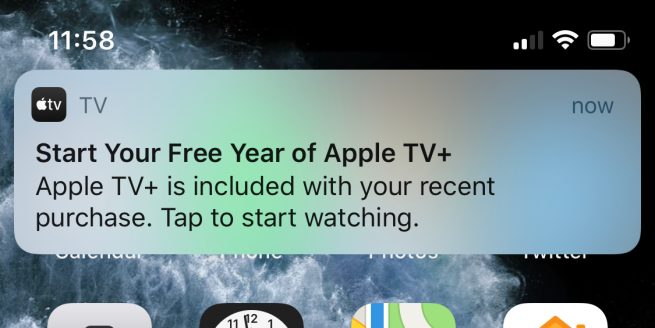 Apple has been sending out notifications titled “Start Your Free Year of Apple TV+” to help raise awareness about the offer.

However, the process has not been seamless for everybody. Some Apple users report that they have received the push notification but the TV app is not showing the free year, just the standard 7-day trial. Other users report being able to redeem the free year despite not actually purchasing an Apple device recently at all. Some people are seemingly getting in when they shouldn’t whilst eligible users are locked out.

If you have purchased an eligible Apple device (iPhone, iPad, Mac, Apple TV, or iPod touch purchased from Apple or Apple authorized reseller since September 10) and believe you qualify for a free year of Apple TV+ but are not seeing the offer, here’s a few things to try:

What to do to redeem your TV+ free year

Apple TV+ currently offers 8 original TV shows and one movie documentary. You can see everything available in our Apple TV+ guide. Apple will be adding new Apple original shows and movies on a monthly basis.

If you do not qualify for a free year trial, you can watch the first two episodes of shows for free. To watch the entire season, you can sign up for $4.99 per month or $49.99 per year. Apple is releasing new episodes of shows like The Morning Show, See, and For All Mankind on a weekly basis (every Friday).