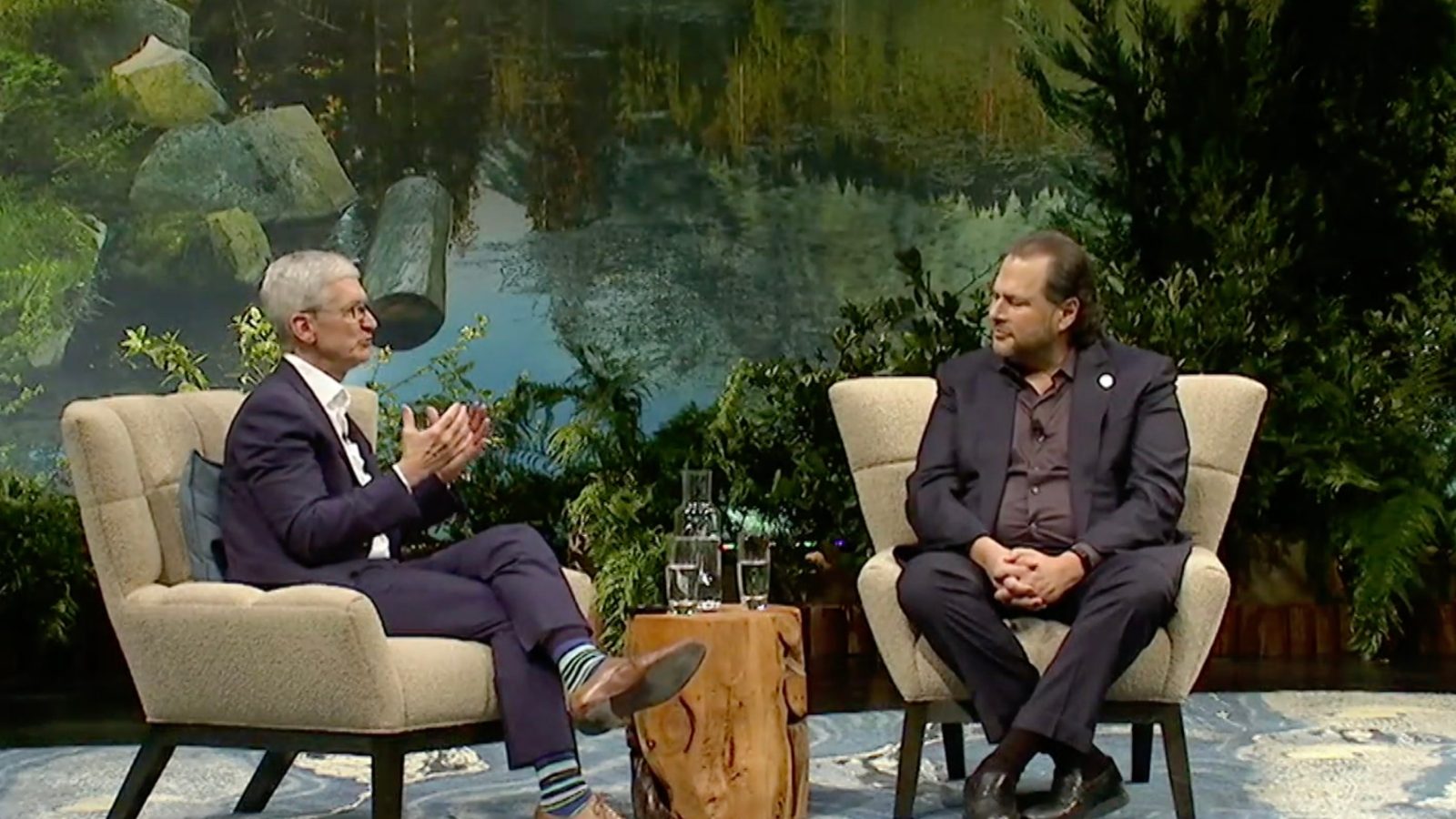 Apple CEO Tim Cook was in attendance at the Salesforce Dreamforce conference in San Francisco this afternoon, and he sat down with Salesforce co-CEO Marc Benioff for a fireside chat interview. The interview just wrapped up, but if you weren’t able to tune in, here’s what Cook had to say.

As we anticipated, much of Tim Cook’s conversation with Benioff focused on how Apple products, including the iPhone, iPad, and Mac, are being used in enterprise environments. There were also a few interesting comments about Apple’s focus on innovation, Cook’s relationship with Steve Jobs, and more.

The Salesforce conference is held at the Yerba Buena Center for the arts in downtown San Francisco, which also happens to be where Steve Jobs announced several famous Apple products. Reflecting on that, Cook said, “This was a theater that lots of the Apple products were announced in. Steve unveiled many, many products here. I can feel him and his presence when, whenever I come here.”

In regards to his relationship with Jobs, Cook said it’s “the friendship” that he misses most.

I really think of the simple things he did. Every day, he left the office before I did, but he would always stop by my office before and exchange notes on the day. It’s the simple things like that, the friendship, that I hold. I remember him more than once rehearsing on this stage and sort of going way off script in a way that only he could do and making people laugh along the way.

Cook also talked about what Apple focuses on when contemplating entering a new market. The Apple CEO explained that the company has “never set the objective to be first, we’ve always set an objective to be the best.” With that in mind, Apple has been able to resist “the temptations of going for marketshare and other kinds of things.”

Cook also reiterated Apple’s support for people protected by DACA, or “dreamers.” Further, he said that Apple remains committed to its environmental efforts as part of its goal to “leave the world better than we found it.” Apple’s goal isn’t to “do the things you’re legally required to do,” but rather to “go way beyond that,” Cook said.

The full video of Cook’s interview with Benioff should be available on the Salesforce website soon.