Sponsored by Hyper: If you’re at CES 2020, stop by the Hyper booth to check out their latest USB-C hubs. You can also get an exclusive sneak peek at the new heavy duty Hyper USB-C hubs here. And check out Hypershop.com for more great Apple accessories.

9to5Mac is on the ground in Las Vegas at CES 2020 checking out all the new and interesting tech products that companies are launching this year. Follow along for a look at some of the most compelling new Apple accessories we’ve spotted.

While we don’t get wireless CarPlay here, it does offer the largest aftermarket CarPlay receiver available with a host of features like AUX, HDMI, and USB inputs, a universal rear camera input, and much more. It will be available later this summer.

Alpine has also introduced the first weather-resistant 9-inch CarPlay receivers for recent Jeep Wranglers and the 2020 Jeep Gladiator. With a rugged design that’s made just for Jeep Wrangler and Gladiator, Alpine’s X409-WRA-JL offers a great upgrade and is available now.

We checked out the new receivers in person at CES and they offer a wonderfully large CarPlay experience with lots of other useful controls like being able to integrate with custom vehicle lighting, rear cameras, and more. The one downside we noticed was the large bezels (at least compared to something like the iPad Pro).

Learn more in our coverage here. 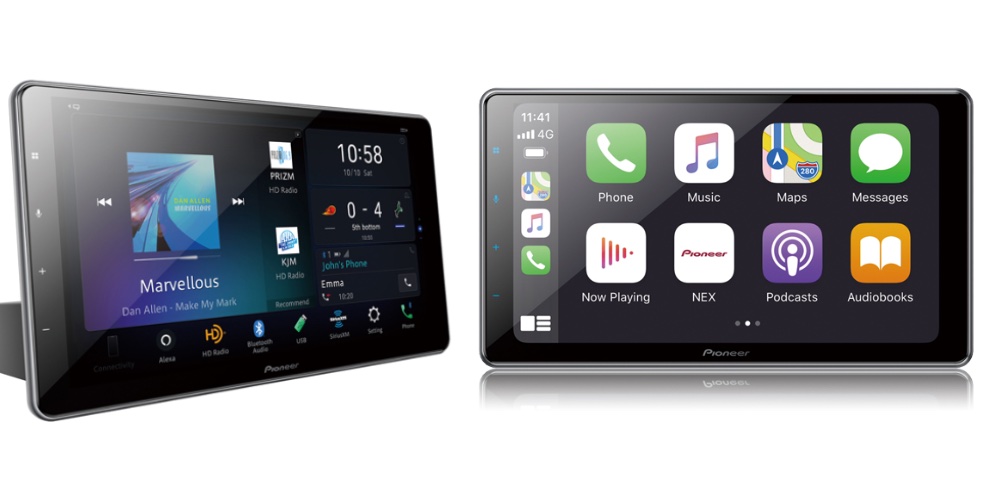 Another advantage is Pioneer’s WT8600NEX features Wireless CarPlay. Other specs include 1-DIN chassis, HDMI, USB-C, two-camera inputs, 1 backup camera input, and more. It has an MSRP of $1,200.

Read more about Pioneer’s new 10-inch Wireless CarPlay receiver and the other four launches in our coverage here.

Brydge makes some of the best keyboards on the market for iPad and iPad Pro and the company is taking things up a notch for productivity by including a trackpad into its Pro+ keyboard.

We checked it out on the floor at CES and are sure it’s going to be popular for users whether you’ll use it occasionally or day-in-day-out. We found it responsive and the compact trackpad has multitouch support.

Brydge also showed off the iPadOS Trackpad that’s coming soon. It’s like a mini version of Apple’s Magic Trackpad for great portability but with the convenience of USB-C.

We went hands-on early with Hyper’s new 100W GaN USB-C Charger and the company brought it to CES this week ahead of the official launch. It remains up to 30% off through the Indiegogo campaign that has raised over $2.4 million for the sleek, compact, and powerful USB-C wall charger.

It’s the first 100W charger that uses GaN technology to offer a form-factor about the size of a deck of cards and provides 2 USB-C and 2 USB-A ports for a super-efficient charging experience.

This USB-C charger has a foldable integrated plug so you don’t have to remember another cable as well as including international adapters. The HyperJuice 100W GaN USB-C Charger is a handy way to charge all your Apple devices whether at home, office, or on the road.

We also got our first look at Hyper’s upcoming robust lineup of HyperDrive GEN2 USB-C Hubs that will be launching at the end of the month.

There will be three HyperDrive GEN2 USB-C Hubs including the 18-in-1 model that features UHS-II micro and SD card slots, optical audio, 100W USB-C PD charging, HDMI @ 4K60Hz, DisplayPort @ 4K60Hz, Gigabit Ethernet, USB-C and USB-A at 10Gbps, VGA, and more. And they feature a solid and clean aluminum build.

You can sign up to hear about the HyperDrive GEN2 USB-C Hubs as soon as they’re available. Head over to Hypershop.com to check out the company’s existing lineup of solid Apple accessories.

Apple announced HomeKit Secure Video and we’re starting to see more companies bring support for it to market after Logitech was first to do so back in November.

The Eve Cam is coming this April and will be priced at $150. 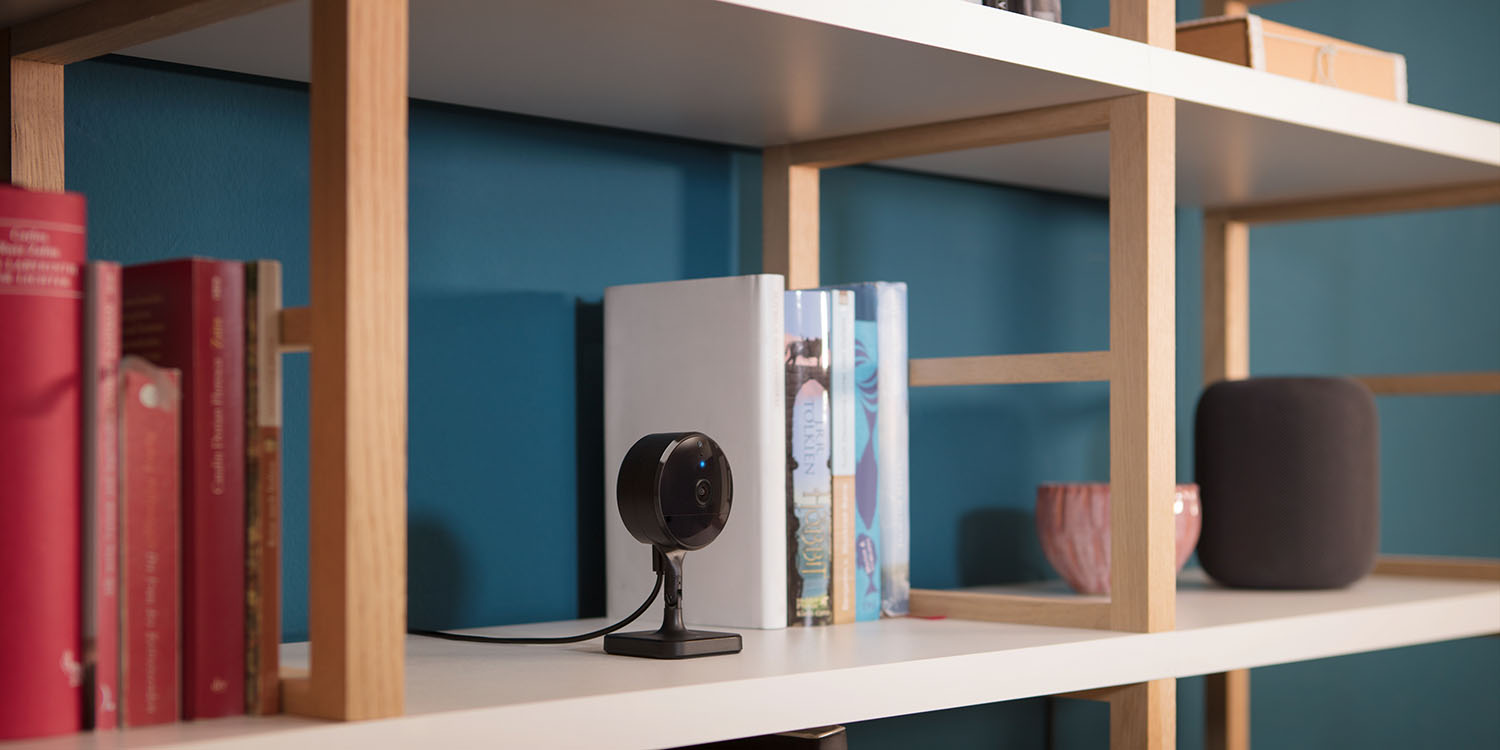 A promising new technology coming from Aira is FreePower. The company won’t be making wireless chargers itself but is partnering with well-known brands like Nomad to allow users to place their devices anywhere on the charging mat to juice up. 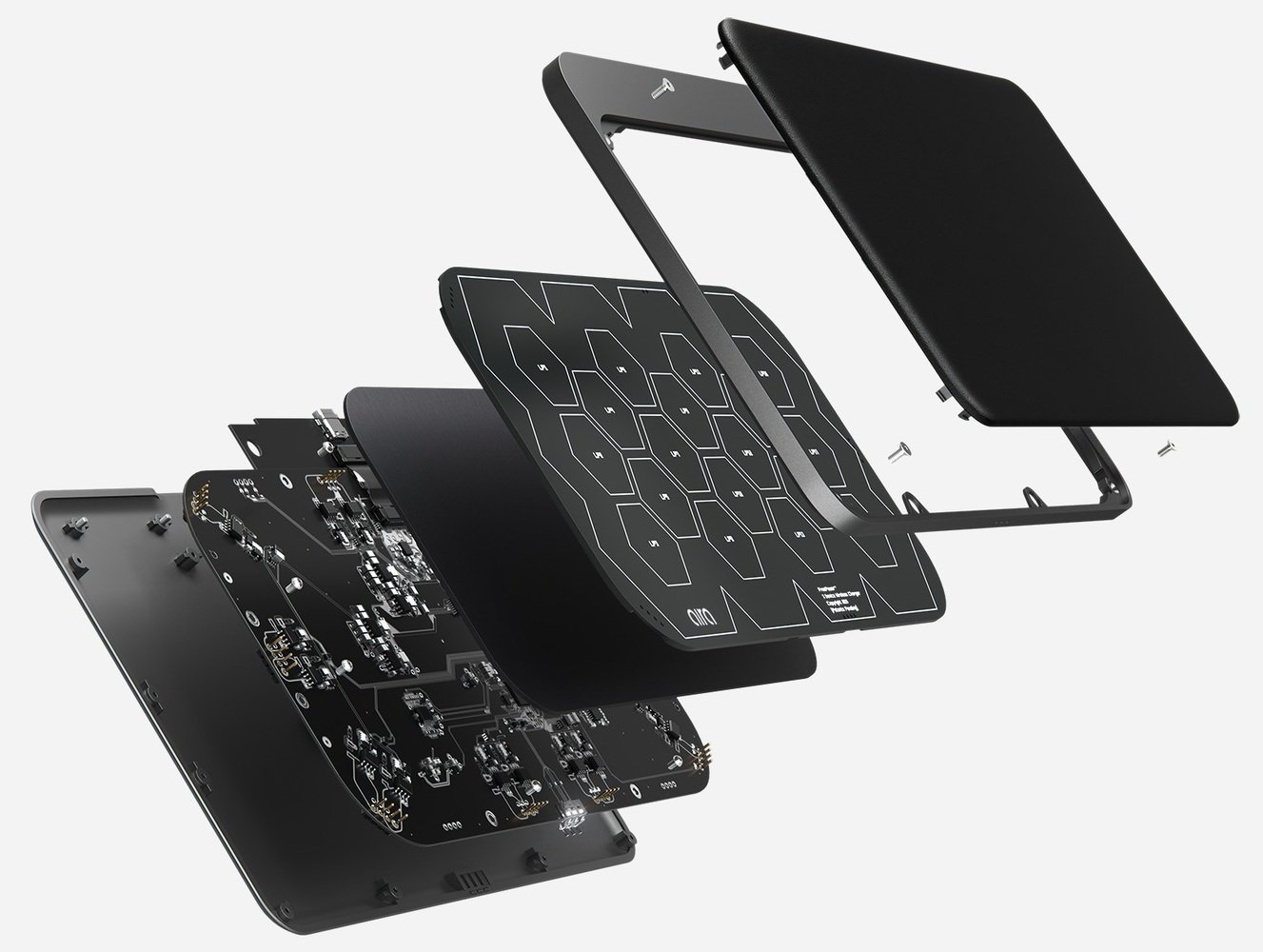 While we likely won’t see Aira be able to offer the full vision of Apple’s abandoned AirPower with Apple Watch charging (unless Apple decides to adopt the technology), it’s still exciting to see innovation in the wireless charging space for iPhone, AirPods, wireless charging power banks, and other devices. According to the company, the FreePower tech also allows for charging surfaces to be just about any size without overheating issues that are currently a problem for existing Qi chargers that try to do more than just 2 or 3 devices. It can also pass through much thicker surfaces than existing Qi charging coils, allowing for more design opportunities in addition to larger surfaces that can charge many devices simultaneously. 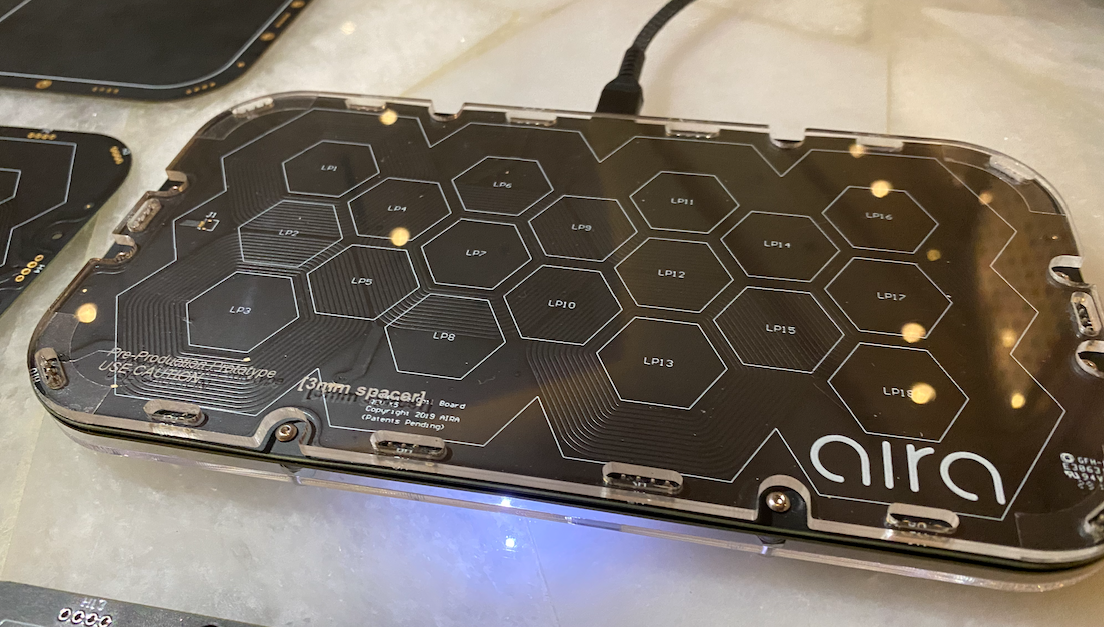 We will see Aira’s FreePower smarts debut in Nomad’s Base Station Pro when it launches in the near future, and we expect to see many other companies adopt the tech for their upcoming Qi chargers.

We got to see these new products in person and they have a great build quality and sharp design.

Other releases include new low-voltage options with the Lily XL and Econic lights. All the new Hue products are slated for a mid-March release. 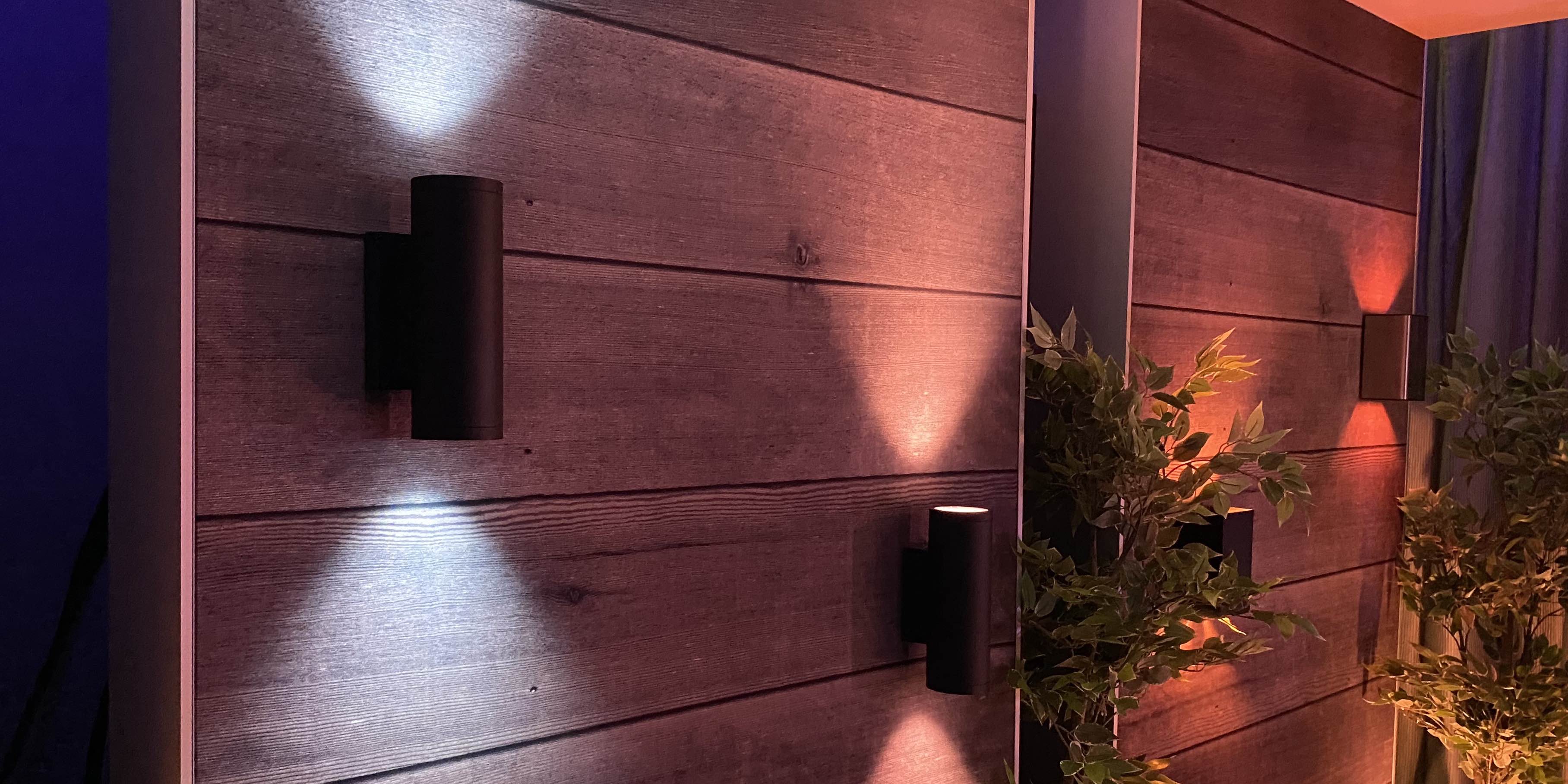 It looks like Nanoleaf’s upcoming Hexagon smart light panels and Learning Series accessories are going to be the most compelling products from the company yet.

the first ever modular smart lights with shape interconnectivity. The first of this line will feature touch-reactive Unified Hexagons with interconnectivity capabilities that enable users the freedom to create all new configurations…

In addition to the new Unified Hexagon lights, Nanoleaf will be releasing a smart dimmer switch with scroll wheel, smart gateway with a nightlight, smart bulb, and more to complete the Smart Learning experience.

The new offering intuitively learns, senses, and reacts to users needs in a way that eliminates the often complicated and counterintuitive requirements of today’s smart home.

Another great product heading for market later this year is an affordable Wi-Fi 6 mesh router from Linksys that is aiming for a $150 price point. That’s less than half what most Wi-Fi 6 routers go for.

Linksys previously released a WiFi 6 version of its popular Velopmesh router system in October. It’s a robust option for both connection speeds (up to 5.3 Gbps) and home coverage and comes with a price of $400 for a single unit or $600 for a two-pack.

There will be a trade-off for a little slower speeds compared to the Wi-Fi 6 routers that cost $400 and up. But it’s great to see options!

We covered two more products that earned our Best of CES Awards, Linedock, and Abode’s Iota HomeKit Security System. Read more about those great products below:

Have you seen other exciting Apple accessories or products that we didn’t mention? Share them in the comments below!

Sponsored by Hyper: If you’re at CES 2020, stop by the Hyper booth to check out their latest USB-C hubs. You can also get an exclusive sneak peek at the new heavy duty Hyper USB-C hubs here. And check out Hypershop.com for more great Apple accessories.