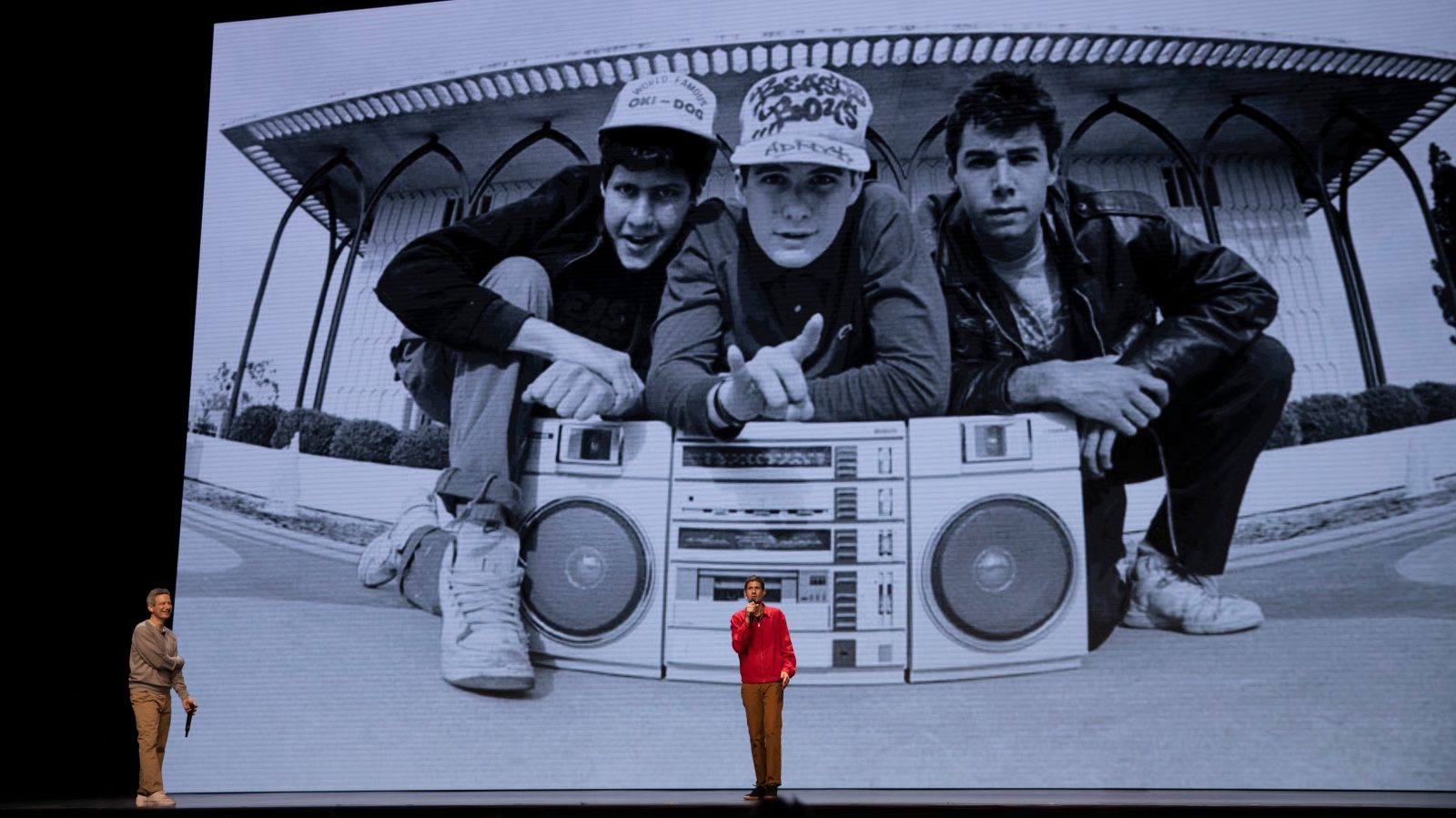 We all know you gotta fight for your right to party, and Apple is joining that fight this spring. The all-new “Beastie Boys Story” documentary is coming to Apple TV+ in April after a limited release in IMAX Theaters.

Apple announced the nonfiction film that tells the inside story of the hip-hop group from the perspective of members Mike Diamond and Adam Horovitz. “Beastie Boys Story” is based on the bestseller Beastie Boys Book. The great Spike Jonze is billed as the music doc’s director.

Beastie Boys Mike Diamond and Adam Horovitz tell you an intimate, personal story of their band and 40 years of friendship in this live documentary experience directed by their longtime friend and collaborator, and their former grandfather, filmmaker Spike Jonze.

The film is set to premiere on the heels of the 26th anniversary of the release of Beastie Boys’ No. 1 charting 1994 album, “Ill Communication,” and reunites Beastie Boys with director Spike Jonze over 25 years after directing the music video for the album’s immortal hit single, “Sabotage.”

Apple says “Beastie Boys Story” will be included in the Apple TV+ “Spring 2020 lineup,” hinting that more titles will soon be announced as part of the collection.

The music documentary won’t be the first time Apple planned to debut TV+ content in theaters before coming to streaming service. Theatrical releases are required for many film award considerations.

Apple planned to release its Samuel L. Jackson film “The Banker” in theaters last Christmas, but pulled the film indefinitely over sexual abuse allegations regarding someone in the family involved with the film.

Another documentary being produced by Oprah for Apple TV+ was recently cancelled over creative differences with the filmmakers. The documentary, which is still expected to be released, follows the victims of sexual abuse in the music industry.

Apple has already announced release dates for Little America, Mythic Quest, and Visible in January and February. “Beastie Boys Story” marks the first new content we know is coming in April, although we haven’t learned any dates for March movies or TV shows yet.

Apple is scheduled to close out the Television Critics Association Press Tour on Sunday, however, which could fill in some of the TV+ blanks.