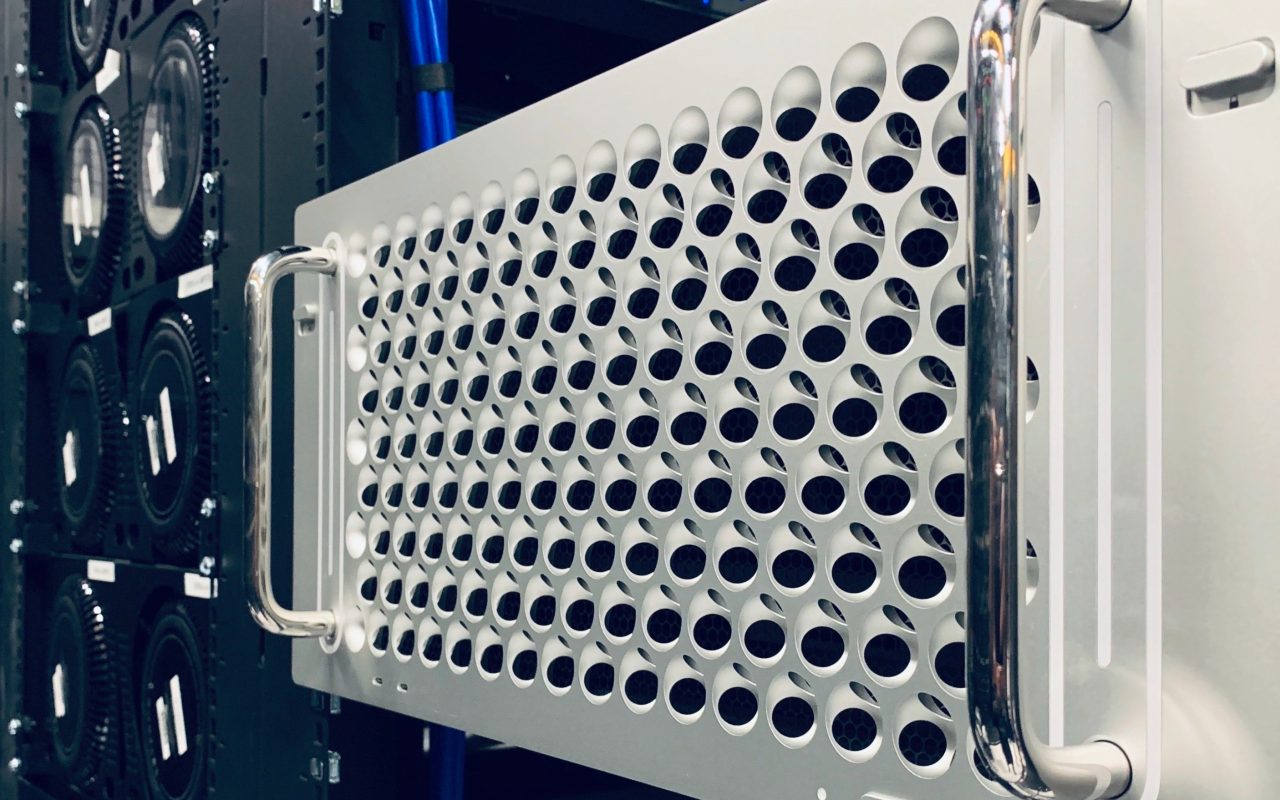 Apple made the rack-mountable version of the Mac Pro available last week, and now the first orders are arriving to customers. As expected, the folks at MacStadium are planning to host the new Mac Pro in their data centers, and they’ve gotten their hands on the new rack-mountable machine today.

MacStadium VP Brian Stucki took to Twitter this afternoon to share a look at the new Mac Pro in MacStaidum data centers. The rack-mounted Mac Pro can be seen in the MacStadium data center alongside the 2013 Mac Pro.

Stucki says that the rails for the Mac Pro, which arrive in a separate box, are “so simple to install and are as smooth as a brand new tub of butter.” Going forward, Stucki notes that MacStadium will focus on software development benchmarks. You can keep an eye on the MacStadium blog for further updates on those test results.

While the Mac Pro was released last month, Apple didn’t make the rack-mountable version available until last week. The Mac Pro rack configuration comes at a $500 premium when compared to the standing tower, which means it starts at $6,499.

The base model rack mount Mac Pro comes with an 8-core Intel Xeon W CPU, 32GB of memory, a Radeon Pro 580X GPU, and 256GB of flash storage. A fully maxed out Mac Pro with all of the available upgrades will set you back a cool $54,048.00.

If you want to get a closer look at how the new Mac Pro can be installed and removed from a rack, you can check out Apple’s “Mac Pro Essentials” user guide here.

Exciting day in the @MacStadium data centers. One of these things is not like the others… pic.twitter.com/uiDB9FJbnD