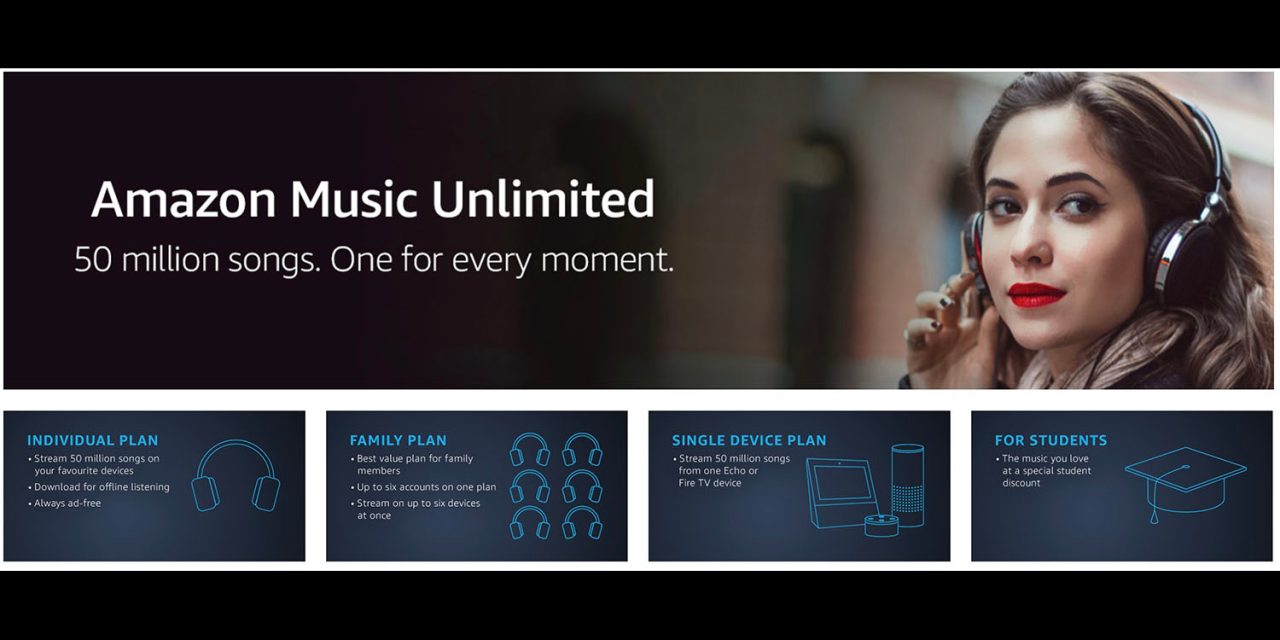 Amazon Music subscriber numbers have been revealed for the first time. The company says that it has now hit 55 million subscribers, putting it close to the last-reported Apple Music subscriber count of 60 million.

Amazon Music kicks off 2020 by revealing the streaming service has reached more than 55 million customers globally, with subscriptions to Amazon Music Unlimited growing by more than 50% last year alone. This announcement comes after a year of incredible growth around the world: Amazon Music has grown nearly 50% year-over-year across the US, UK, Germany, and Japan and has more than doubled in our newer countries such as France, Italy, Spain, and Mexico …

As of last summer, Amazon Music was reported to be growing at a faster rate than Apple Music.

There is, however, one important rider. While Amazon offers no fewer than four paid tiers, it also offers a free ad-supported tier. This doesn’t offer access to much music, so may not account for many of the 55 million total, but as the company hasn’t provided a breakdown, there’s no way to know for sure.

Customers can choose the plan that works best for them:

We know with Spotify that free users make up a high proportion of total subscribers: the service has 113 million paying users out of a total 248 million. Apple Music only counts paying subscribers from its numbers, excluding those on free trials.

Amazon Music subscriber numbers have been driven in large part by very cheap Echo speakers, like the Echo Dot, officially priced at $49.99 but regularly offered for less.