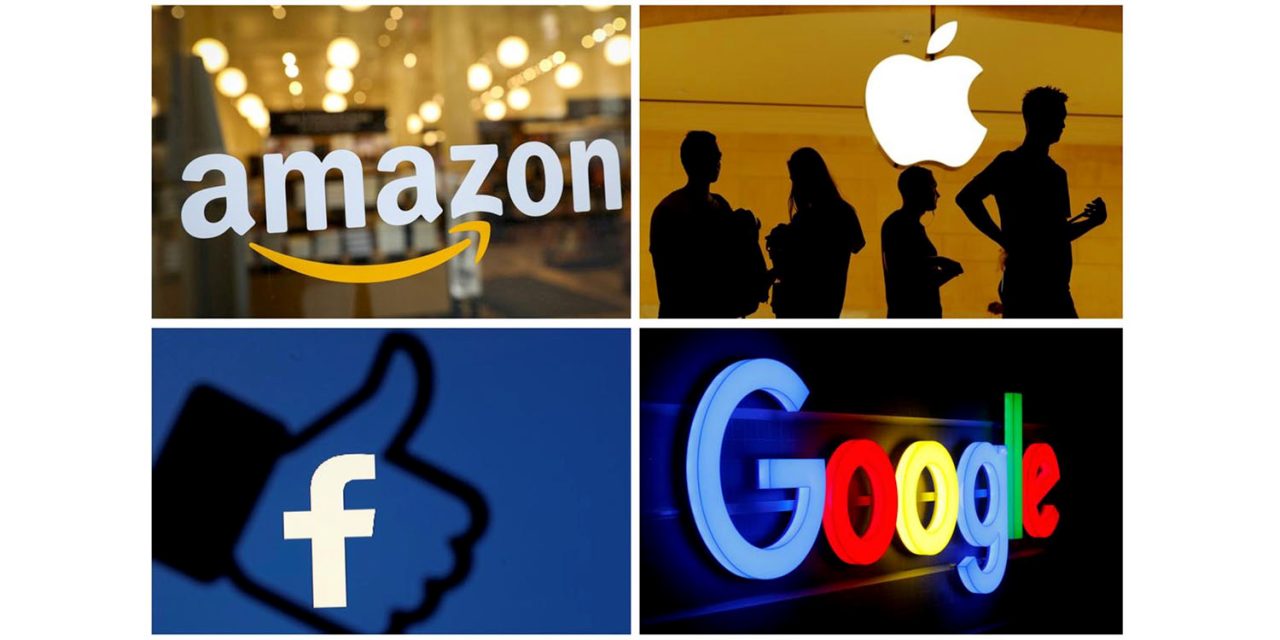 Two of the nine leading US presidential candidates have called for the break-up of tech giants, while the rest have essentially mumbled vaguely that “something needs to be done”…

Warren is leading the charge to break up big tech companies on the grounds they hold outsized influence and stifle competition.

She has called for legislation to restrict large tech platforms — which she would designate as “platform utilities” — from owning and participating in a marketplace at the same time. Under this law, Apple would not be allowed to both run the App Store and sell its own apps on it, for example […]

Sanders, who frequently criticizes corporate influence, has also called for the breakup of big tech companies such as Facebook and Amazon.

The Vermont lawmaker has also said that he will have the Federal Trade Commission (FTC) review all mergers that have taken place during the Trump administration. His broad plan to reshape corporate America would also mandate all large companies be owned partly by their workers.

Donald Trump, Joe Biden, Pete Buttigieg, Amy Klobuchar, Michael Bloomberg, Andrew Yang, and Tom Steyer have all been more equivocal. The summary of Klobuchar’s position gives a pretty good flavor for the rest of the 2020 US presidential candidates.

Klobuchar has made oversight of big technology companies one of her major issues in Congress and argued for data privacy laws and net neutrality safeguards as priorities at her campaign launch in February.

She has not endorsed Warren’s plan for their breakup, saying that she would first want investigations. Her plan for her first 100 days in office includes an ‘aggressive retrospective review of mergers,’ which she said she would pay for with an extra merger fee on ‘megamergers.’

Essentially, something probably needs to be done, but they aren’t sure what.

We recently summarized the anti-trust issues facing Apple, with Tile adding to the pressure.

Apple is facing anti-trust investigations on a number of fronts. In addition to the congressional hearings, the Department of Justice has its own investigation; the Federal Trade Commission is investigating the legality of a deal between Apple and Amazon; a number of US states are carrying out wide-ranging antitrust inquiries of their own; there are a number of cases in other countries; and a slew of lawsuits.