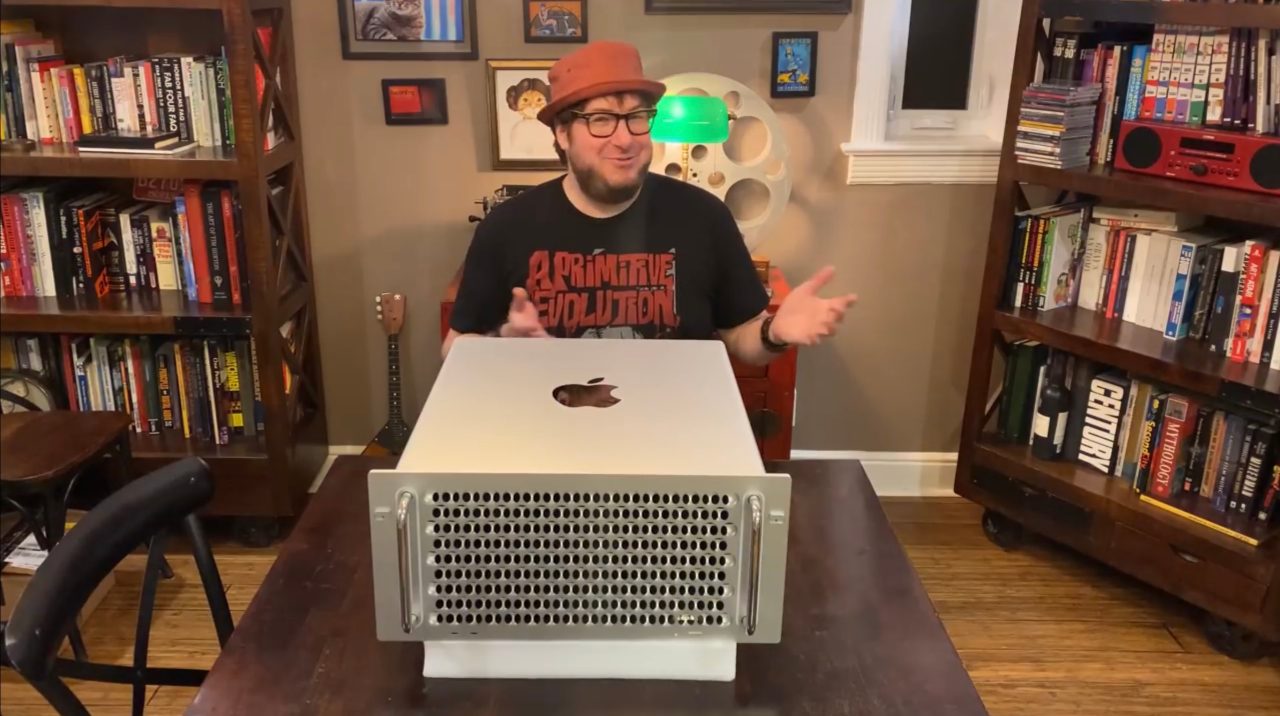 Last week, we got our first glimpse of the rack mount Mac Pro in the wild following its release earlier this month. Now, music professional Neil Parfitt has taken a deeper look at the new machine in an over 37-minute unboxing and hands-on video.

Throughout the video, Parfitt covers many different aspects of the rack-mountable Mac Pro, including the rail system, accessing the internals of the Mac Pro, and more.

For instance, Parfitt explains that a lot of music studio furniture is much shallower than traditional server racks. Because of the minimum mounting distance for the rack rails on the Mac Pro, the machine actually won’t fit Parfitt’s existing equipment. Instead, he describes a new solution he’s come up with for mounting the Mac Pro.

Elsewhere in the video, Parfitt details the equipment that the rack mount Mac Pro will replace in his setup, some of the details on his specifications and why he picked the Mac Pro that he did, and more.

The video provides a pretty detailed look at the versatility (and in some instances, the lack of versatility) provided by the rack mount Mac Pro, and how it is useful not only for server rooms and traditional data centers but also for musicians and other creative industries. It’s interesting to see how Parfitt, a music professional working on TV and movie soundtracks, plans to integrate the Mac Pro into his workflow.

While the Mac Pro was released last month, Apple didn’t make the rack-mountable version available until two weeks ago. The Mac Pro rack configuration comes at a $500 premium when compared to the standing tower, which means it starts at $6,499.

Check out the full Mac Pro video from Parfitt below.