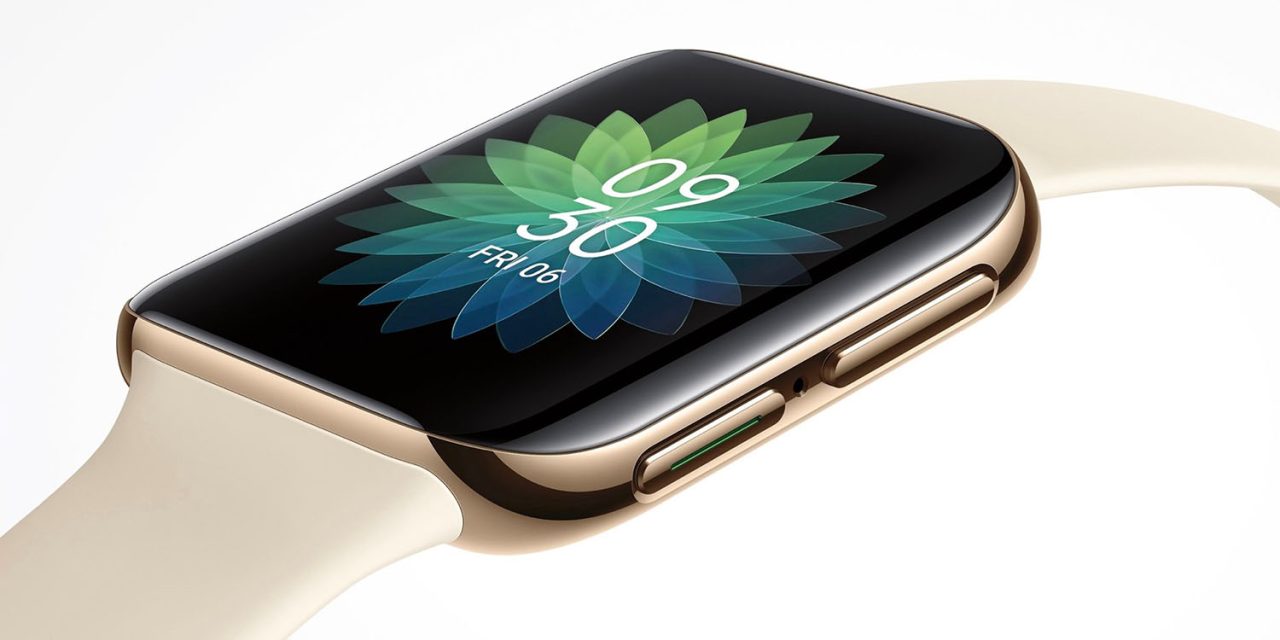 The latest Apple Watch clone is on the way from Chinese smartphone maker Oppo. A render of an upcoming smartwatch was posted by a noted leaker.

Oppo itself teased the watch in December, though it only showed a silhouette at the time…

No, your eyes aren’t deceiving you, that is not an Apple’s Apple Watch. Just look at the curved edges, which you totally don’t need on a wearable device, and the two buttons on the side, one of which is replacing Apple’s signature Digital Crown.

Everything else screams Apple Watch, however. The overall design, the watchface, and the watch bands are almost perfect replicas of the real thing.

The design is a slightly surprising move from a company which has so far managed to find its own way rather than just copy Apple. For a bezel-free smartphone, for example, the company opted for a slide-out camera module while also showing off a prototype phone with a camera beneath the display. And its true in-ear wireless headphones look nothing like AirPods.

We’ve been seeing Apple Watch clones for a very long time — even before the real thing went on sale. As soon as we started getting leaks, the clone makers were on the case.

We’ve seen examples from Slide, Amazfit, and Huami, among others. Xiaomi tried a new tack in October of last year, aiming to create a hybrid of the current Apple Watch design with the slab-sided casing seen on the iPad Pro and expected to be seen in the 2020 flagship iPhones.

As we’ve noted, though, copying the look is one thing; re-creating the experience something else entirely.

Xiaomi’s Mi Watch will run a skinned version of Wear OS. Google’s operating system for wearables is already the brunt of much criticism, but early looks at Xiaomi’s skin make it seem even worse with a generic blocky home screen for apps.

It’s unlikely this latest Apple Watch clone will do any better on the software front.