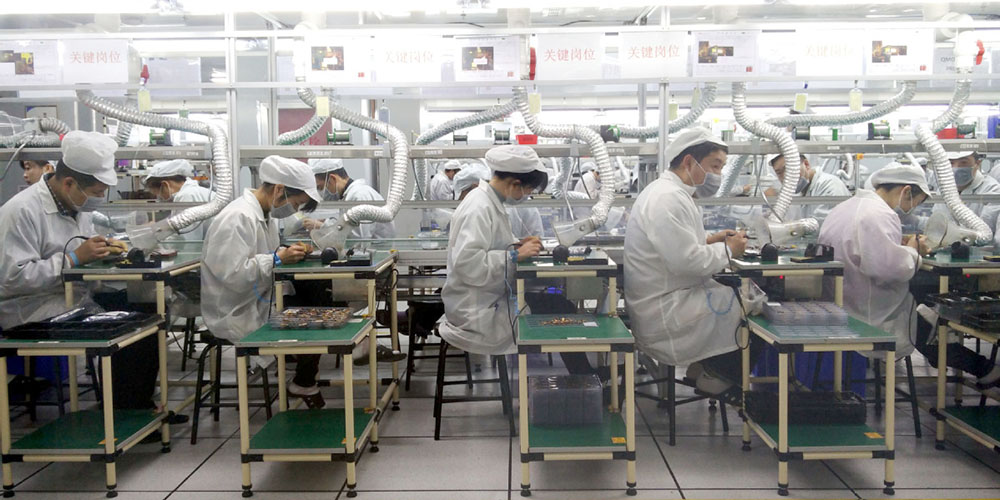 Foxconn has denied a report which claimed to describe its iPhone production targets as it struggles to deal with disruption caused by the coronavirus outbreak.

Reuters had claimed that chairman Liu Young-Way was aiming to be at 50% of normal production levels by the end of this month, and 80% in March…

Taiwan’s Foxconn hopes to resume half of its production in China by month-end, a source told Reuters on Wednesday, as the supplier to tech giant Apple and others reopens plants shut over a coronavirus outbreak.

The world’s largest contract electronics maker also aims to resume 80% of production in China in March, added the source, who has direct knowledge of the matter, citing internal targets set by Chairman Liu Young-Way […]

“Chairman Liu hopes by end of February the production could reach 50%,” said the person, who declined to be identified in the absence of authorization to speak publicly.

However, the company has today issued a statement that the report was ‘not factual.’

“Recently, Reuters reports on the group’s overall resumption schedule for the mainland China plants are not factual, and Hon Hai hereby clarifies it,” Foxconn said in the statement.

“In the past, the aforementioned media’s reports related to the group’s mainland China plants resumption are mostly not factual,” it said, adding that the reports have caused “misunderstandings and difficulties for employees, investors and the general public.”

Foxconn did not make any statement about its actual targets or plans.

The uncertainty surrounding what the World Health Organization has described as ‘public enemy number one’ means that it would be difficult for any manufacturer to accurately predict future production schedules. Any reports of iPhone production targets are going to be guesses at best.

A report earlier in the week stated that Foxconn had been denied permission to re-open one plant (and its headquarters), while its biggest iPhone plant is open but only 10% staffed. A new report today says that work on the iPhone 12 has stalled, but Apple is likely to stick to the launch schedule even if availability is limited.

Digitimes speculates that the supply chain holdups as a result of the coronavirus precautions will result in mass production being pushed back. However, it won’t be so bad that Apple will not be able to announce the iPhone 12 phones in September. There may be limited supply, or Apple could push the launch of some models back a month or so as they have done in the past (eg. iPhone X debuted in November 2017, iPhone XR was last week of October 2018).