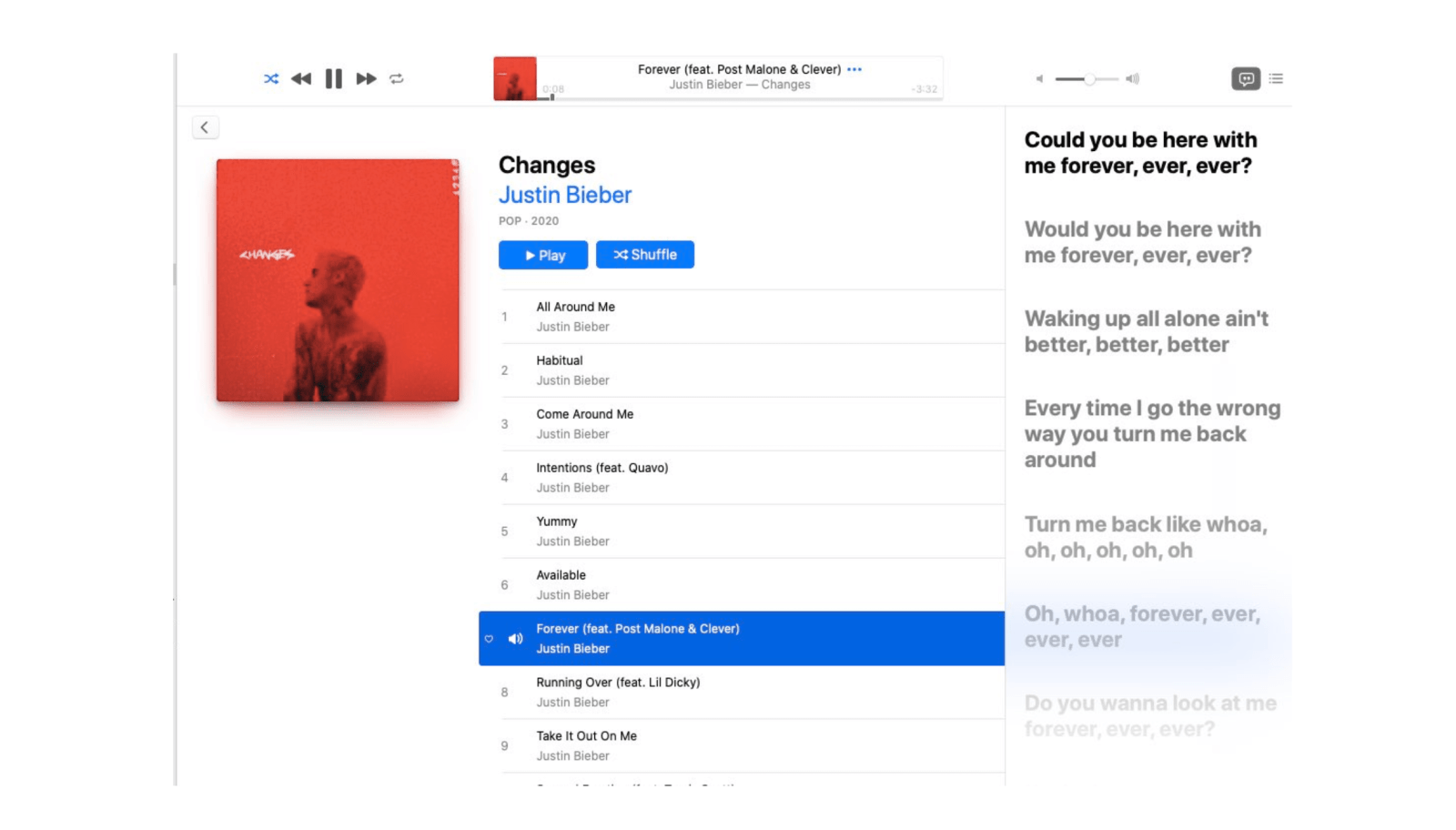 Apple has added one of the most popular Apple Music features on iPhone, iPad, and Apple TV to the Mac. With the latest macOS 10.15.4 beta, users can now access real-time lyrics for Apple Music content.

As first spotted by 9to5Mac reader Mike on Twitter, the Music app now offers the same time-synced lyrics feature that came to the iPhone, iPad, and Mac last year. This feature allows you to follow along with a song in real-time. In prior versions of macOS, you could access plaintext lyrics, but this time-synced feature takes things to the next level.

Apple’s release notes for macOS 10.15.4 beta 2 confirm the addition of the real-time lyrics feature. “The Music app now supports time-synced lyrics for Apple Music subscribers,” Apple says. The second public beta of macOS 10.15.4 will likely be released later this week or next week. We expect macOS 10.15.4 to be released to everyone next month, at which point live lyrics will be available to all.

To access lyrics in the Music app, look for the small quotation button in the upper-right corner while playing a song. Not every song supports lyrics, nor does every song supports time-synced lyrics. Apple is expanding the feature rapidly, though, and most new releases do support the latest real-time lyrics feature.

Apple executive Eddy Cue has touted that Apple enters almost all of the lyrics for the live lyrics feature itself, rather than sourcing them from a third-party. Apple says that if you notice incorrect lyrics, you can send Apple Music feedback.

What do you think of Apple Music’s time-synced lyrics feature? Let us know down in the comments!