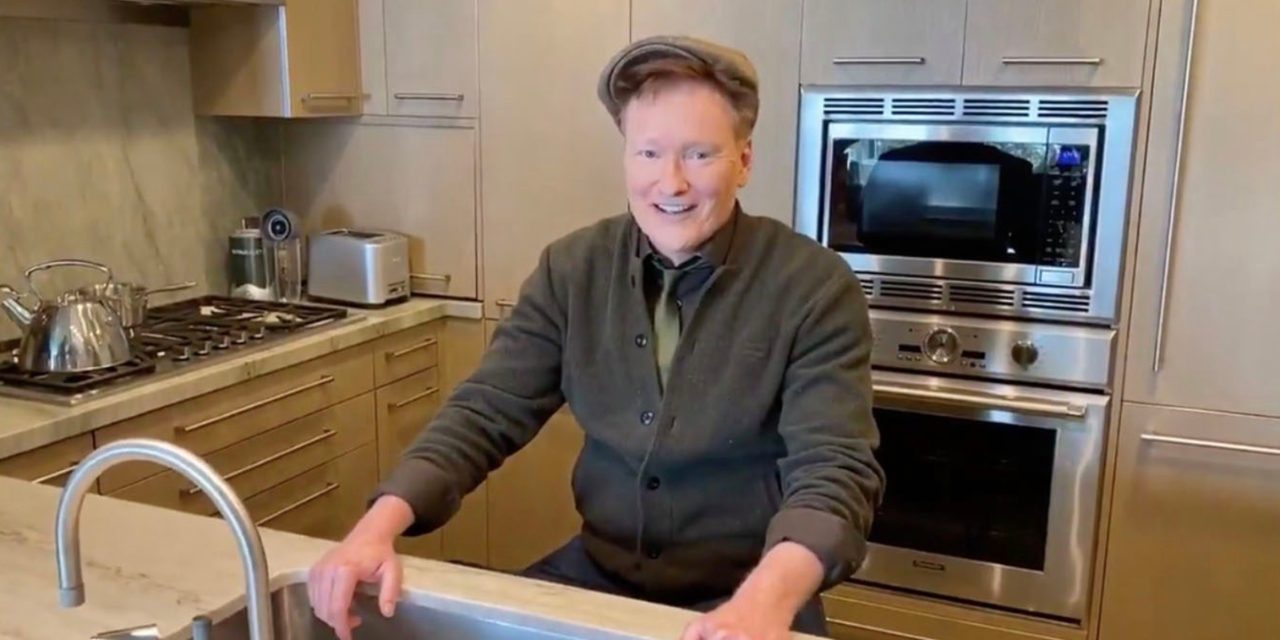 Comedian Conan O’Brien has said that he will use an iPhone to shoot his TBS show, Conan, from home. Guests will appear on the show via Skype. The move is in response to studio production ceasing to counter the spread of the coronavirus.

I am going back on the air Monday, March 30th. All my staff will work from home, I will shoot at home using an iPhone, and my guests will Skype. This will not be pretty, but feel free to laugh at our attempt. Stay safe.

CNET notes that he’s not the only talk show host to be working from home.

Jimmy Fallon is doing episodes from his house, with cameos from his kids and video chat appearances from the likes of Lin-Manuel Miranda. Similarly, Trevor Noah will be doing The Daily Show from home.

“We’re going to chill at home and try to make the show with the technology we have,” he said.

O’Brien has long poked fun at Apple tech. Way back in 2011, he lampooned the then-new version of Final Cut Pro. In 2013, both O’Brien and Jane Lynch had live Siri fails on the Conan show. A year later, he created a mock Samsung ad in response to reports of bent iPhone 6 models. In 2017, he satirized Apple’s healthcare initiatives.

There was also controversy on the Conan show when screenwriter Aaron Sorkin hit back at Tim Cook describing the movie Steve Jobs as ‘opportunistic.’

Tim Cook […] said that he hasn’t seen the movie, but– Anytime you start a sentence that way, it isn’t going to end well.

The movie was, however, later released on iTunes.

The new-style Conan show will bring a whole new dimension to the ‘shot on iPhone‘ phenomenon.