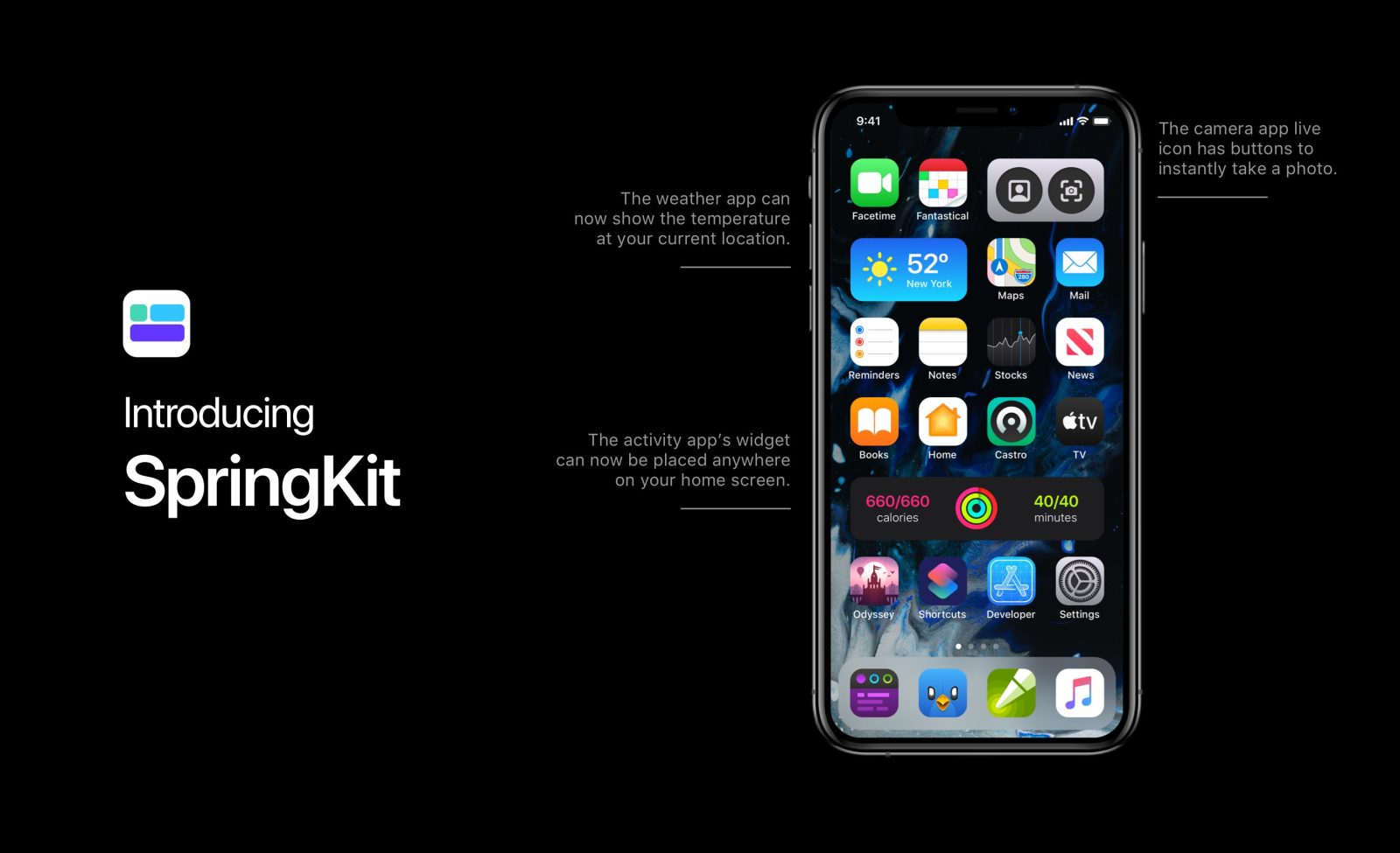 Over the weekend, 9to5Mac reported that Apple is developing “real widgets on the iPhone and iPad home screen for the first time” in iOS 14. Now, a new concept created by Parker Ortolani imagines what that could like for iPhone users.

Parker’s concept images a “SpringKit” framework for developers to use when creating widgets for the iPhone home screen. In this scenario, developers could choose form three different kinds of home screen views for their applications.

For instance, the built-in Weather app could provide a live icon that’s slightly bigger than a normal app icon showing the outdoor temperature and weather conditions. The Activity app could also offer a full-size widget showing your Activity Rings for that day.

Furthermore, Parker’s SpringKit idea would also allow third-party developers to tap into home screen widgets. For example, an app like Overcast could add a playback menu widget to the home screen, making it easier to find and play the latest podcasts in your library. 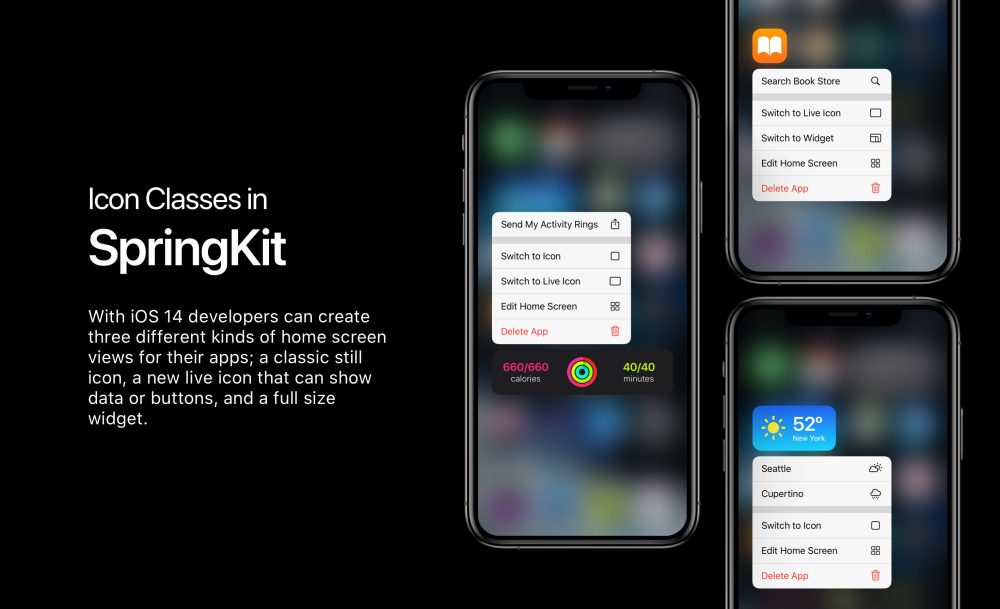 As we noted over the weekend, these widgets in iOS 14 would be very different than the current pinned widgets in iPadOS 13. The key is that the iOS 14 widgets can be freely moved around the Home screen, much like app icons. Our reporting explained:

We can say that Apple is working to provide real widgets on the iPhone and iPad home screen for the first time. Instead of pinned widgets like on iPadOS 13, the new widgets on iOS 14 can be moved around, just like any app icon. The feature is still being implemented and may be scrapped by Apple.

The feature is in development for iOS 14, but it could still be scrapped by Apple. What do you think of Apple potentially finally adding real, customizable widgets to iOS and iPadOS this year? Is it too little too late? Let us know in the poll below and down in the comments.