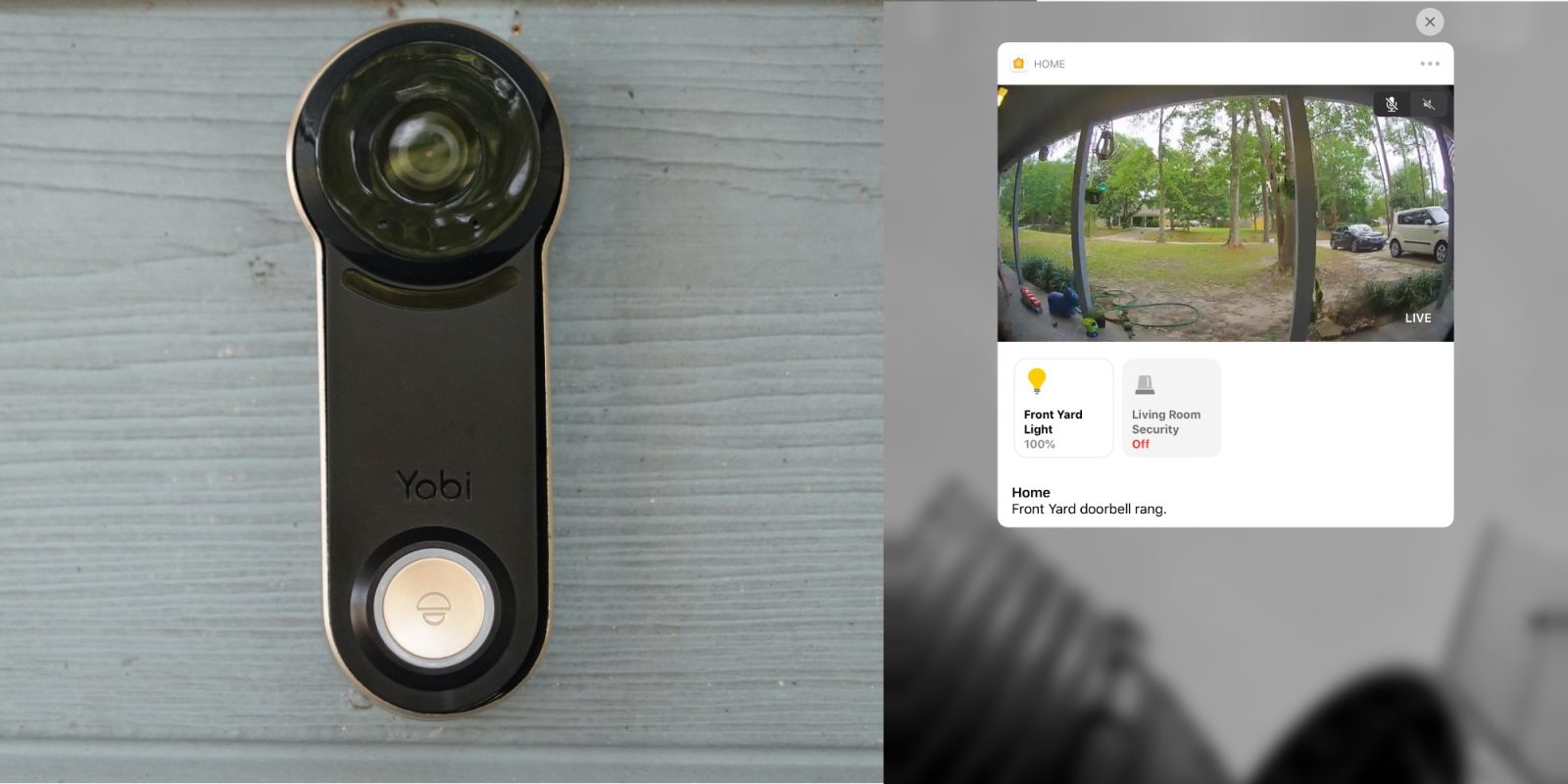 HomeKit doorbells are like unicorns. Mythical and make-believe, yet they still hold a place in our imagination. But what if they were real? HomeKit doorbells, not unicorns, that is. Turns out they do exist, and they’re as magical as any HomeKit enthusiast would expect. Especially if you’ve been waiting for years to get your hands on one.

Yobi B3 is the star of the HomeKit doorbell category. With an affordable price tag and a consumer-friendly design, Yobi is made to fill the massive gap left by Ring and other popular smart doorbells.

If you already have an existing traditional doorbell installed, the process of switching to Yobi is straightforward.

Yobi provides good documentation for how to install the B3 in place of your old doorbell. If you’re not comfortable with basic electrical work or don’t have an existing doorbell in place, contact an electrician. 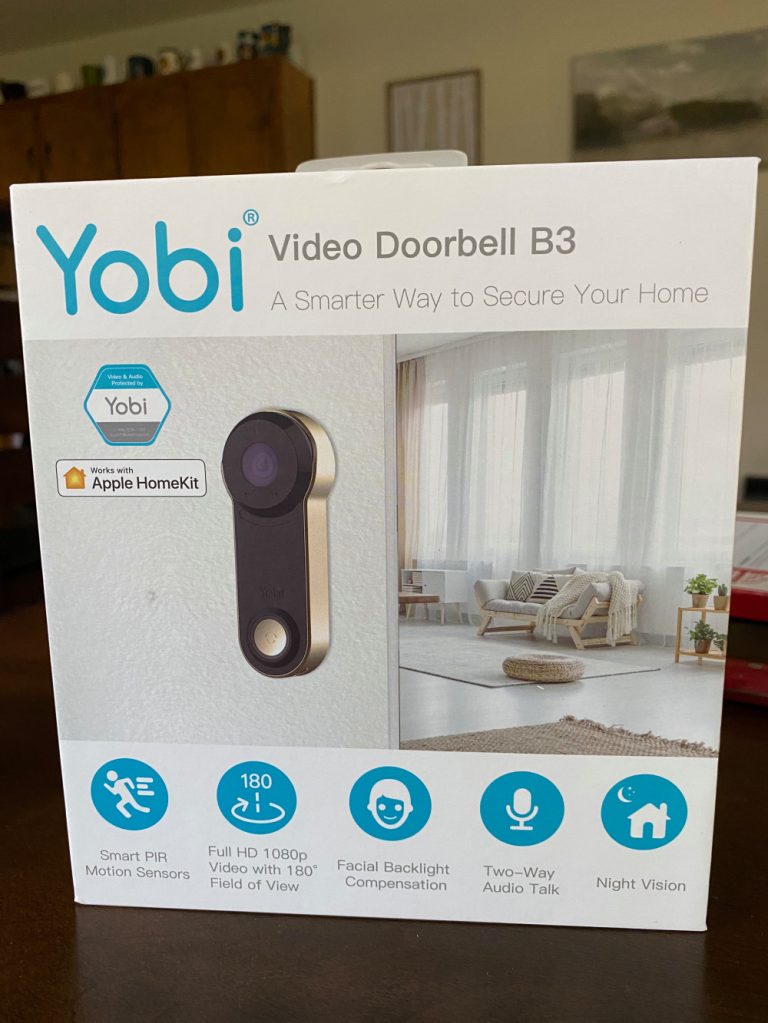 Like other smart doorbells I’ve tested, Yobi includes two viewing position adapters that optionally install between the B3 doorbell and the wall. 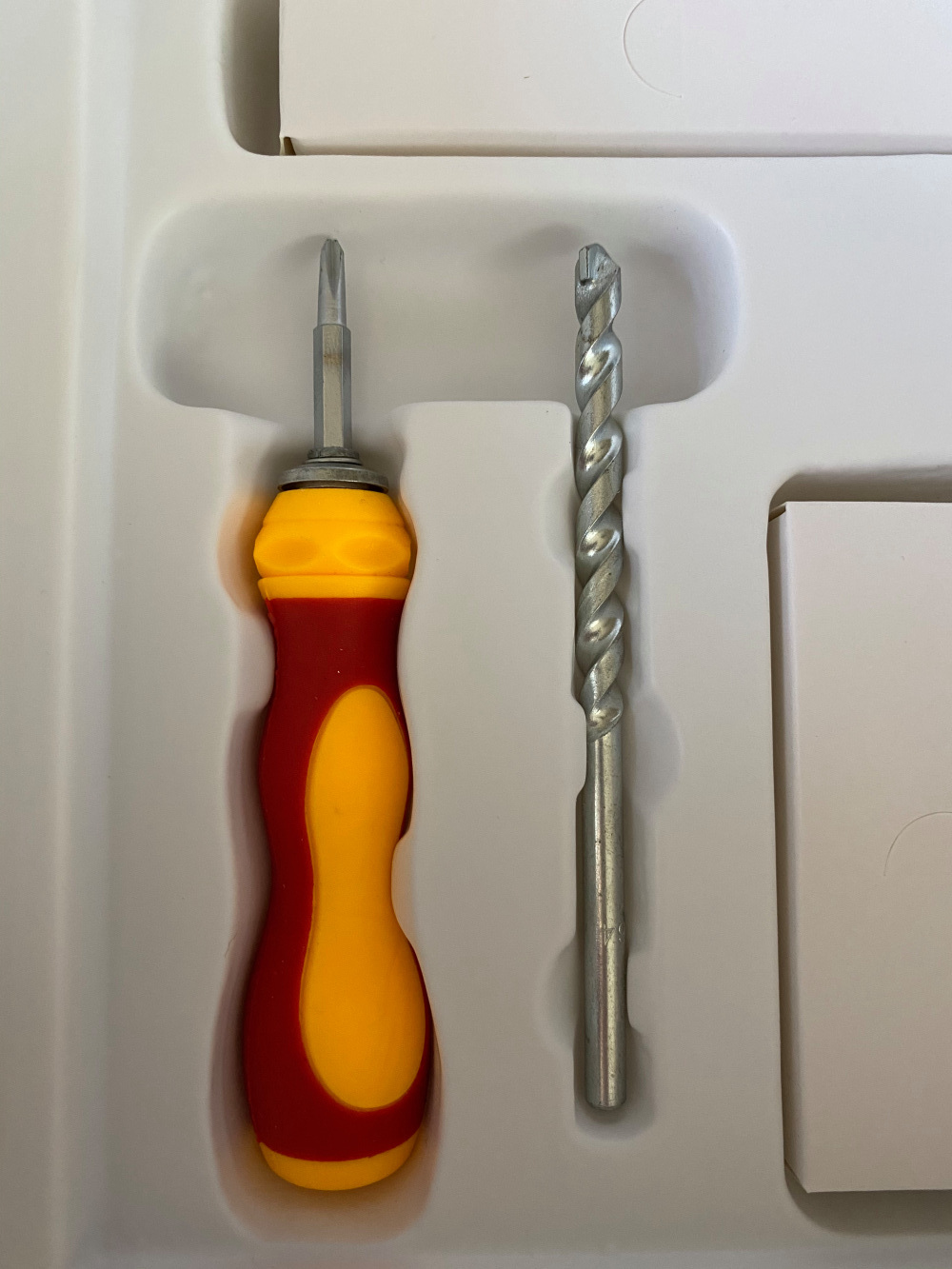 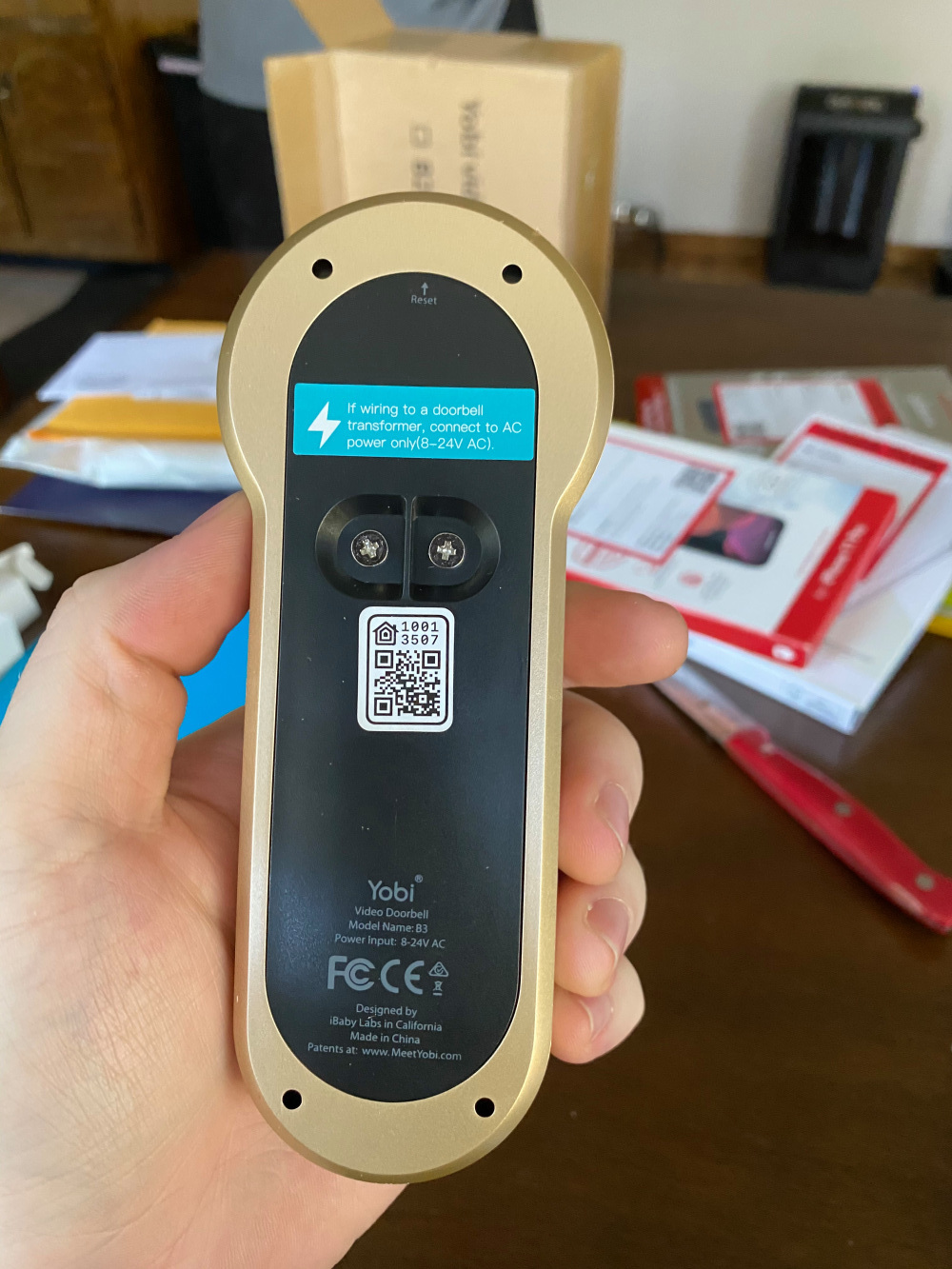 The adapter is white and not black as I’d prefer, but that does mean you can paint it to color match your home’s exterior.

Yobi B3 is created specifically to serve the market of smart home users who have waited years to take advantage of HomeKit’s doorbell category. For this reason, Yobi relies entirely on Apple’s Home app for setup and control. 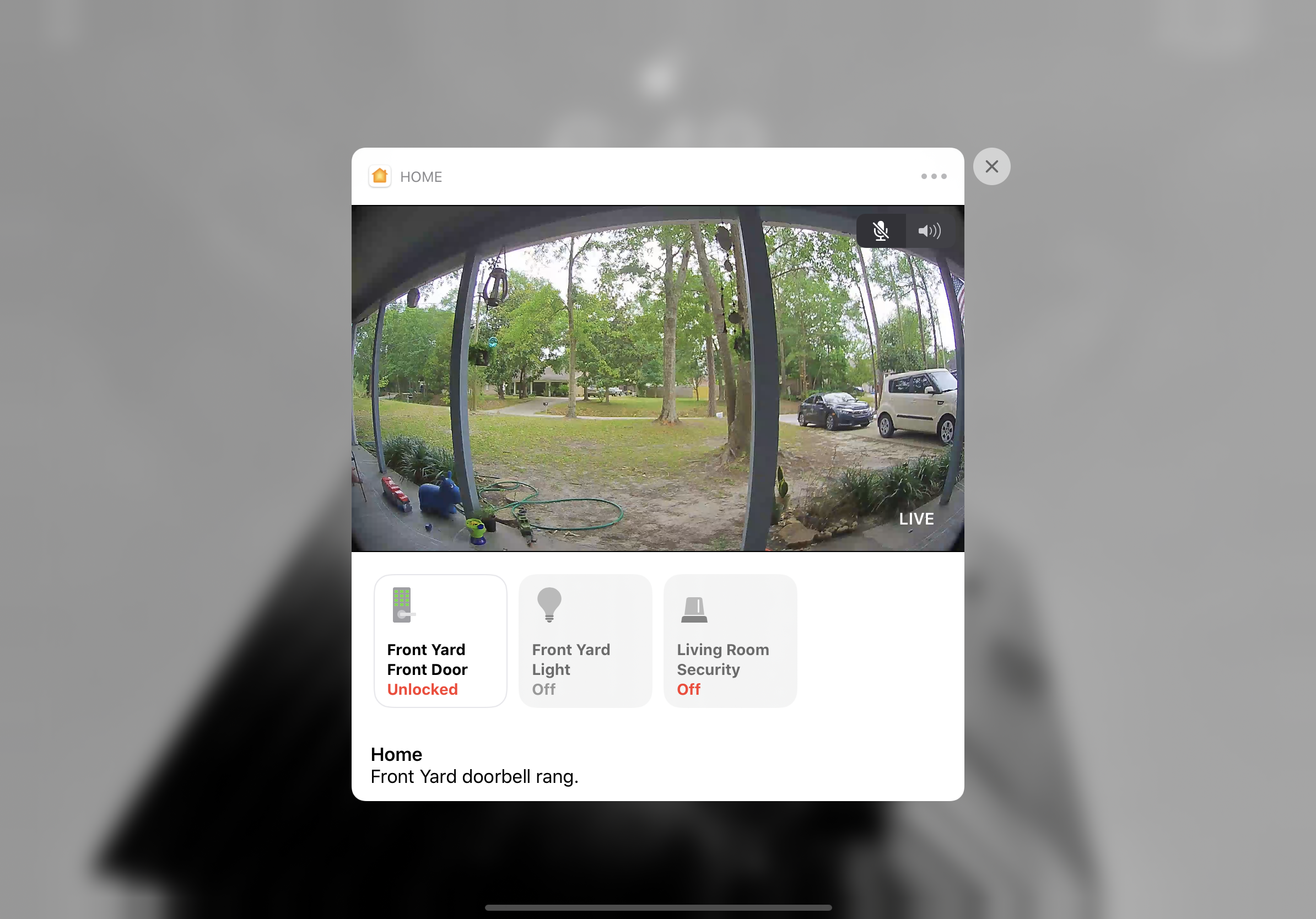 For HomeKit enthusiasts like myself, this is a major plus. There’s no clunky app required to manage setup or control. Instead, Apple’s Home app is the interface for naming, assigning location, and interacting with Yobi B3. 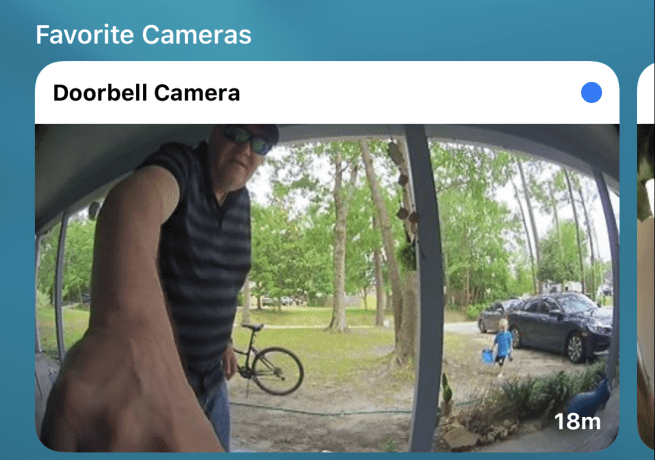 This is great if HomeKit compatibility is your top priority like me. As Apple HomeKit improves with new features (like next month in iOS 14 beta), Yobi B3 will automatically adopt those new features in the Home app. 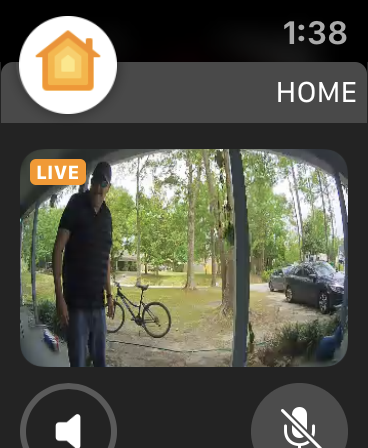 On the other hand, you won’t have the app-specific features that accessory makers can build in their own apps outside of HomeKit — but this is the HomeKit doorbell camera.

Yobi B3 works as a HomeKit video camera just like other compatible smart cameras. The added benefit of being a doorbell camera is that you can receive a snapshot notification and quick access to a live video feed in the Home app when someone rings your doorbell. (The doorbell itself chimes too when someone rings it.)

The Home app lets you easily watch and listen to your visitor, optionally talk through your device’s microphone so your visitor can hear you through the doorbell’s speaker, or turn out outside lights or unlock doors that have HomeKit accessories. The integration with other HomeKit accessories is excellent, and you can use HomeKit motion detection to receive alerts if any motion is detected.

There’s one major open question though. Will Yobi B3 work with HomeKit Secure Video? The product would be absolutely perfect with Apple’s new version of video features. HomeKit Secure Video lets you receive alerts based on different objects recognized like people, pets, and cars. This filtering can be important for cameras facing streets. Video clips are also recorded for viewing more than just live feeds as well.

The answer is maybe. Yobi is working with Apple to determine if the chip inside Yobi B3 will be able to support HomeKit Secure Video. The feature requires a 200GB (for one camera) or 1TB (for up to five cameras) iCloud storage plan to work. If HomeKit Secure Video isn’t important to you, this shouldn’t be a factor in your buying decision. If your heart is set on HomeKit Secure Video support, perhaps let this play out a bit longer to see what happens.

Yobi B3 is a fairly priced HomeKit doorbell camera available for pre-order at $199. That’s in line with the price of many non-doorbell HomeKit cameras as well as non-HomeKit smart doorbells. The hardware is available in one color for now: the mix of black and gold finish seen here.

As a HomeKit video camera, not just a doorbell, Yobi B3 is compatible with Apple’s Home app including on the Mac and other HomeKit video apps including HomeCam for Apple Watch, iPhone, iPad, and Apple TV.

If you’re like me and you’ve been waiting ages for an affordable and friendly designed HomeKit doorbell to come to market, this is the model to check out.