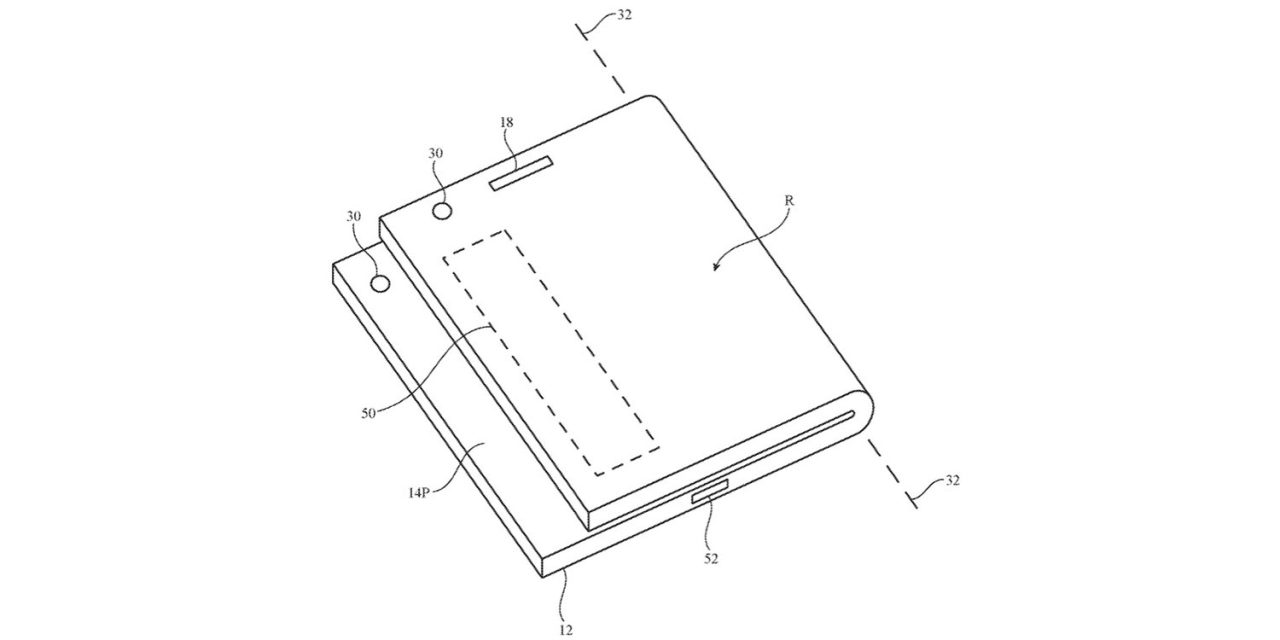 A folding iPhone patent application published today describes an interesting potential approach to displaying notifications and interacting with the phone while it is folded.

Instead of the fold being in the centre of the screen, it’s offset so that a strip of screen is exposed in the folded position, as seen above…

This could, says the patent application, be used to display notifications, along with status information like battery level.

This strip could retain its touchscreen functionality while folded.

An alternative form of interaction could be on a very small secondary display on the rear of the device.

If desired, touch sensors (e.g., a two-dimensional touch sensor), buttons, or other input-output devices may be formed in a region such as region on rear surface R of housing (e.g., so that a user may supply input to one of these regions in response to adjacent content being displayed on protruding portion

In other words, something very much like the Touch Bar on the MacBook Pro.

While a folding iPhone seems inevitable at some point, and we’ve seen a number of patent applications associated with this, Apple’s philosophy is very much wait-and-see when it comes to most new technological developments. In Apple’s words, it wants to be best, not first. Folding smartphones by other brands haven’t exactly had the best of track records so far, so it’s unlikely we’ll see a folding iPhone anytime soon.

We’ve seen a number of concept images for what form a folding iPhone might take — though UBS last year suggested that a folding iPad might precede it, perhaps arriving in 2021.