Apple granted another patent on a folding iPhone, including a double-fold design 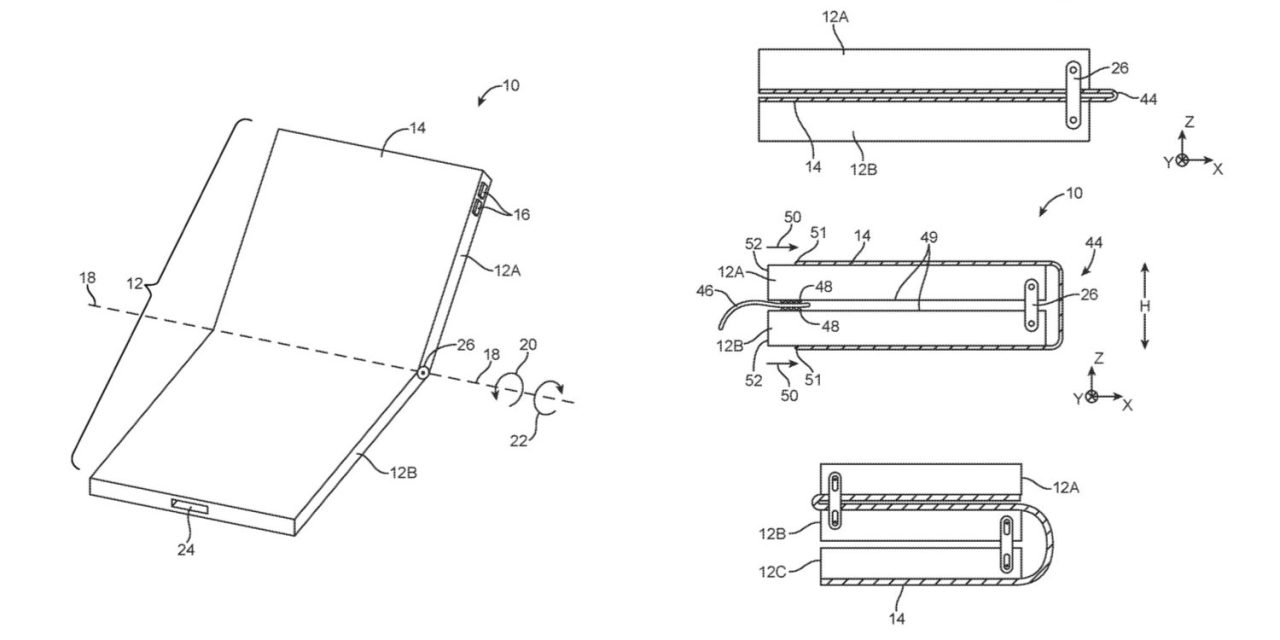 Apple has been working on various concepts for bendable and foldable displays for many years. Although it hasn’t yet produced anything with a visibly curved display, the iPhone X, XS and XS Max all use a flexible display which bends back on itself inside the casing, allowing the near edge-to-edge screen.

There have, however, long been rumors that the company is also working on a foldable display, that would allow something the size of an iPhone to fold out into a device with a display size similar to an iPad mini.

One report almost exactly a year ago suggested that the company is working with LG on a folding iPhone as it didn’t want to risk a leak by using Samsung given the company’s own folding phone plans, detailed below.

A patent application published late last year described a display that can be ‘opened and closed like a book,’ and the patent granted today is for various options for managing the hinge. It is, of course, written in the usual dense language always used for patents.

As is often the case with patents, Apple tries to cover all the bases. The patent describes – and illustrates – a folding iPhone design with the screen folded inside it, book-style; a design where the display wraps around the outside of the device, like a book cover; and even a double-hinged design where it does both.

We’ve already seen folding Android phones, though so far these have used two separate displays rather than a folding screen. If Apple were to create a folding iPhone, it would likely use a single flexible display.

It was predicted earlier this spring that Samsung would announce a foldable phone this year, even if it didn’t go on sale. The company did indeed do this in September, in a seeming attempt to deflect attention from this year’s iPhone line-up. The company hinted that it would show-off the device at its developer conference in November, but with no clue as to when it might go on sale. Considering it first created a (cringeworthy) concept video for it in 2013, it hasn’t exactly raised expectations that it will happen anytime soon.

My own view is that it’s a question of when, not if, Apple creates a folding iPhone – and about half of you would probably or definitely pay a premium to buy one.