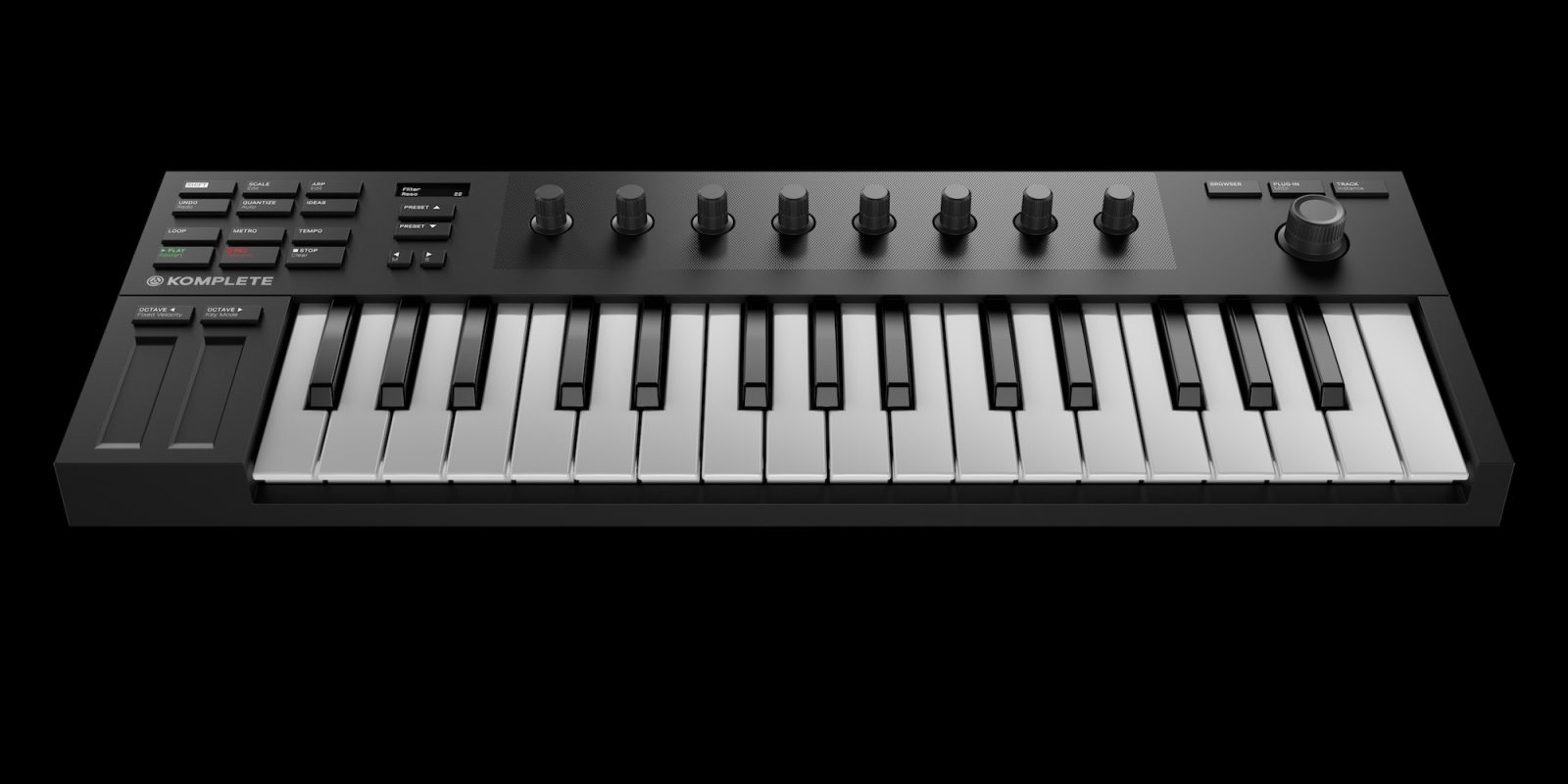 This is the best MIDI keyboards for Mac and Logic Pro X 2020 Edition. With so many of us finding more time than usual this year to get creative and start new audio projects, not to mention that massive update Logic Pro X users saw a few months back, having a good controller by our sides might be more important, and useful than ever. If our MacBooks or iOS devices are the brains of our music production setups, than a dependable MIDI keyboard might just be the heart of the operation. What is a simple piece of plastic made to look like a piano to many, is an expressive tool for translating human emotion and creativity into an otherwise overly-efficient piece of cold steel with an Apple logo on it to the rest of us. Head below for a closer look the best MIDI keyboards to help unleash your creativity and to decide which option is best for your particular needs.

This year we are starting off with some of the more budget-friendly options that will work nicely with both your portable MacBook setup and in the home studio. Top picks in the 2020 best budget MIDI keyboard category feature some mainstays as well as few additional entries. We have had a chance to try out some of the more affordable Nektar options earlier this year as well as the budget-friendly Alesis models, which now sit alongside our favorite mini MPK MKII (and its successor, the MKIII) from Akai. These keyboards typically favor portability over all of the bells and whistles, alongside tight 25-key setups. But you will find expanded control sets in exchange for portability, as well as plenty of bundled in content, with the Akai, Alesis, and Arturia MiniLab options.

Native Instruments still sits somewhere atop the list here. While the main highlight of Native Instruments hardware will always be the access to its massive collection of instruments and sound sources — the gigantic KOMPLETE 13 update just launched — as well as the personal value it holds for you, NI has certainly proven itself in the MIDI keyboard controller space nonetheless. While the higher-end S-series models can go for as much as $1,000+, the company also offers much more affordable hardware-based control over its wonderful lineup of software instruments via the Komplete Kontrol M32 — a keyboard priced low enough to have made our budget section above, but with just enough extra functionality to receive its own place on this list.

The Komplete Kontrol M32 MIDI keyboard controller hit store shelves in the middle of last year. It put yet another portable mini-like MIDI keyboard on the market for musicians but with slightly more keys at 32 alongside NI’s OLED display and touch-sensitive knobs for real-time visual feedback and control over quite an extensive collection of included sounds. The bus-powered MIDI controller includes “intuitive control over Logic Pro X, GarageBand, and Ableton Live” with about 6100 included sounds spread across 10GB of content. It also works great as a companion to NI’s MASCHINE MIKRO drum pad-based controller if you’re looking to expand your input methods down the line (although it might be worth keeping in mind the new Novation Launchpad support if you’re a Logic Pro X 10.5+ user). This one is definitely worth a closer look for those wanting something portable with loads of software support, that also don’t mind the “compact” key design.

Here are some of the best options in the lineup and some of the notable features to keep an eye on when making a decision:

As we mentioned in previous roundups, Arturia’s entries in our best MIDI keyboards lists tend to fall to its budget-friendly options, like those mentioned above. However, some of the higher-end models tend to offer special functionality not available from much of the competition — built-in polyphonic sequencers,  CV/Gate/Mod outputs for integration with modular gear, clock synchronization, and more. This expanded functionality can allow these hybrid MIDI controllers to act as more of a hub for partially mouse-free setups, especially those with a hardware-laden rig and a penchant for modular/physical sequencing.

Released earlier this year, Arturia’s KeyStep Pro 37-key MIDI controller and sequencer is a great example of this. Expanding upon much of what I personally loved (and still use to this day) about the BeatStep Pro, and combining it with a full on keyboard controller, the KeyStep Pro is a solid all-in-one solution for multidisciplinary rigs that combine computer-based workflows and physical synths/gear. We also recommend taking a look at the new KeyStep 37 and Arturia KeyLab 88 MkII for additional CV-ready MIDI controller combos.

Part MIDI keyboard, part multi-touch performance surface, the ROLI Seaboard Block has appeared on just about every list made on this subject since it was released, and for good reason. It brought the wonderful world of MPE Seaboard technology to a more affordable price range and subsequently opened up a whole new world of creative possibilities for computer-based musicians. I have one by my side at all possible chances, even if just for the off chance I might get to lay my hands on its gooey, almost alien-like textured surface to push, pull, slide, and tap a melody or musical idea out. No matter how many folks might already know about this amazing little device, it still somehow feels under appreciated to this day.

For those unfamiliar, The Seaboard makes use of MPE — a sort of 5D touch MIDI standard that supports a wide range of gestures. Using a more comprehensive routing structure than your typical keyboard controller, across various MIDI channels, users can play the keys as usual or like a stringed instrument of sorts. Wiggling, sliding, and bending notes with both hands resulting in all sorts of wild or particularly organic expressive polyphony. It’s not cheap, but it’s much more affordable than the full-sized Seaboards out there and something I wish all musicians could at least try. As a quick side note, the software instruments ROLI makes/supports for this thing are worth your time with a particular personal standout being FXpansion’s amazing Cypher 2.

More of the best MIDI Keyboards for Mac 2020:

While that rounds out our top picks nicely, especially in what has been a relatively quiet year for new releases, there are definitely a few other models to mention here. Firstly, let’s take a look at the Akai Professional MPK-series. These keyboards, available in 25, 49, and 61-key form factors, have been a personal favorite of ours for many years now. But with so many options on tap these days, the somewhat tank-like keys and lack of an update has left them in the honorable mentions section this year. You’ll also find the Novation Launchkey Mini MK3 MIDI keyboard, which is a particularly notable option for Ableton users with built-in Live integration, despite being compatible with other DAWs as well. Head below for all of this year’s honorable mentions. But don’t be fooled here, these are incredibly capable options (I have a MPK-61 in front of me right now, and love it).