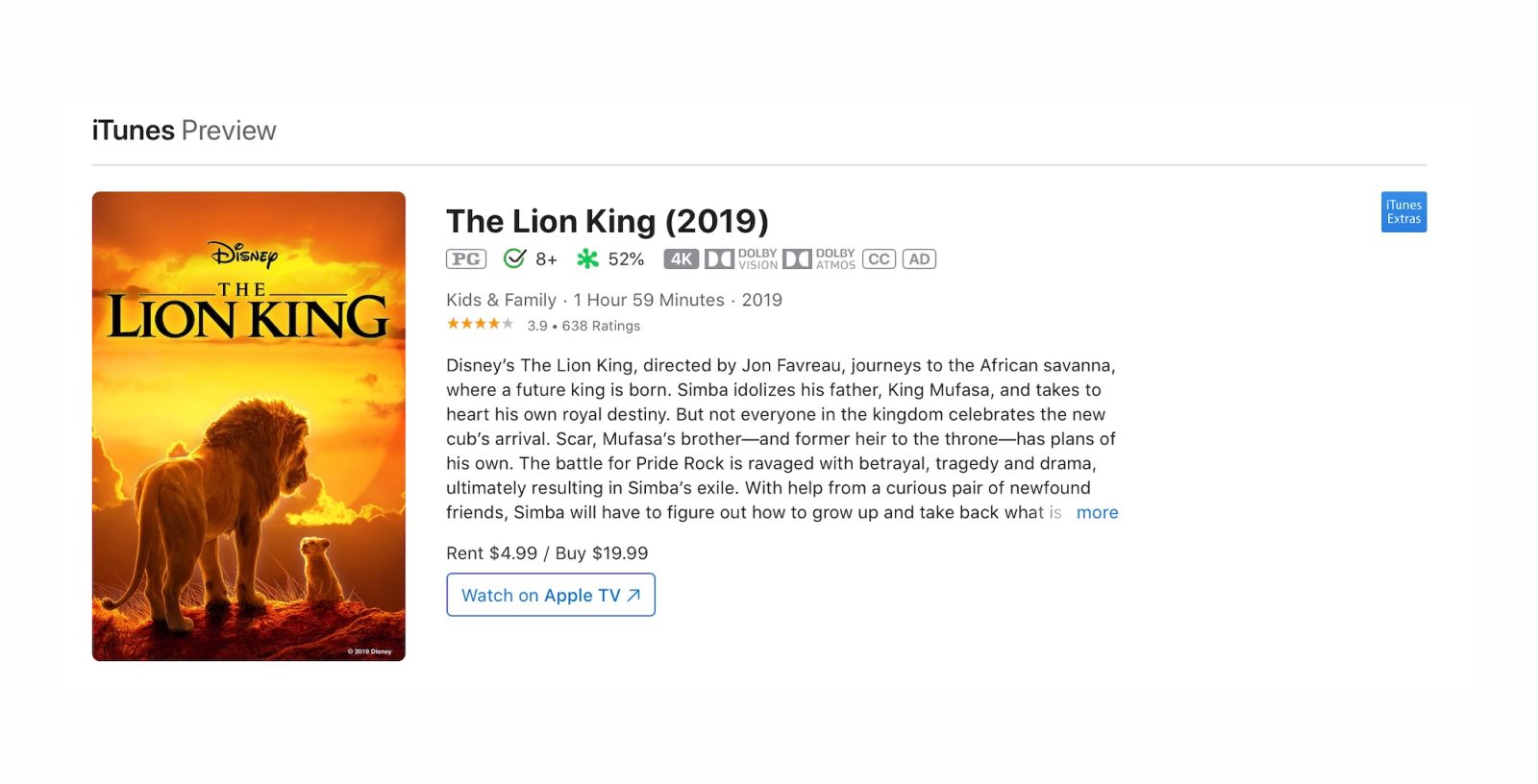 After several years of waiting, it appears that Disney and Apple have reached a deal to make 4K versions of Disney films available through iTunes. A wide selection of Disney movies is now showing as 4K in the iTunes Store, with additional support for Dolby Vision and Dolby Atmos.

Apple announced support for 4K movies in iTunes back in 2017, detailing that it had reached agreements with all of the major Hollywood studios except for Disney. This exclusion was especially notable given the close relationship between Apple and Disney.

Users have been able to access 4K HDR versions of Disney and Marvel films on Apple TV through Vudu since 2018 and through Disney+, but this week’s deal expands the available of 4K titles to the iTunes Store as well. If you’ve already purchased a Disney film in HD on iTunes, it should be retroactively upgraded to 4K so long as there is a 4K version available. Not all Disney films were produced in 4K, so availability will vary.

The changes still appear to be rolling out, with some films still only showing as being available in HD rather than 4K. The deal seems to apply to titles from Disney, Marvel, and Pixar, including franchises such as Star Wars.

Looks like Marvel too – at least some of them. I’ve got Ragnarok and the last couple of Avengers showing in 4K now, but Black Panther still only in HD. Same for Star Wars – Rise of Skywalker is in 4K but Last Jedi is showing HD. I’m assuming they are still propagating the change out and hopefully all of them will be switched over. A day I thought honestly would never come.

Availability also seems to vary by country; with some users outside of the United States still not seeing any Disney titles available in 4K. This could change as the rollout continues, but it’s also possible that the deal between Apple and Disney only covers select countries. We’ll be sure to update when we learn more.

Are you seeing Disney films available in 4K on the iTunes Store in your country? Have your past purchases been retroactively upgraded? Let us know down in the comments!

Update: Apple confirms the deal with a new banner in the TV app and iTunes: