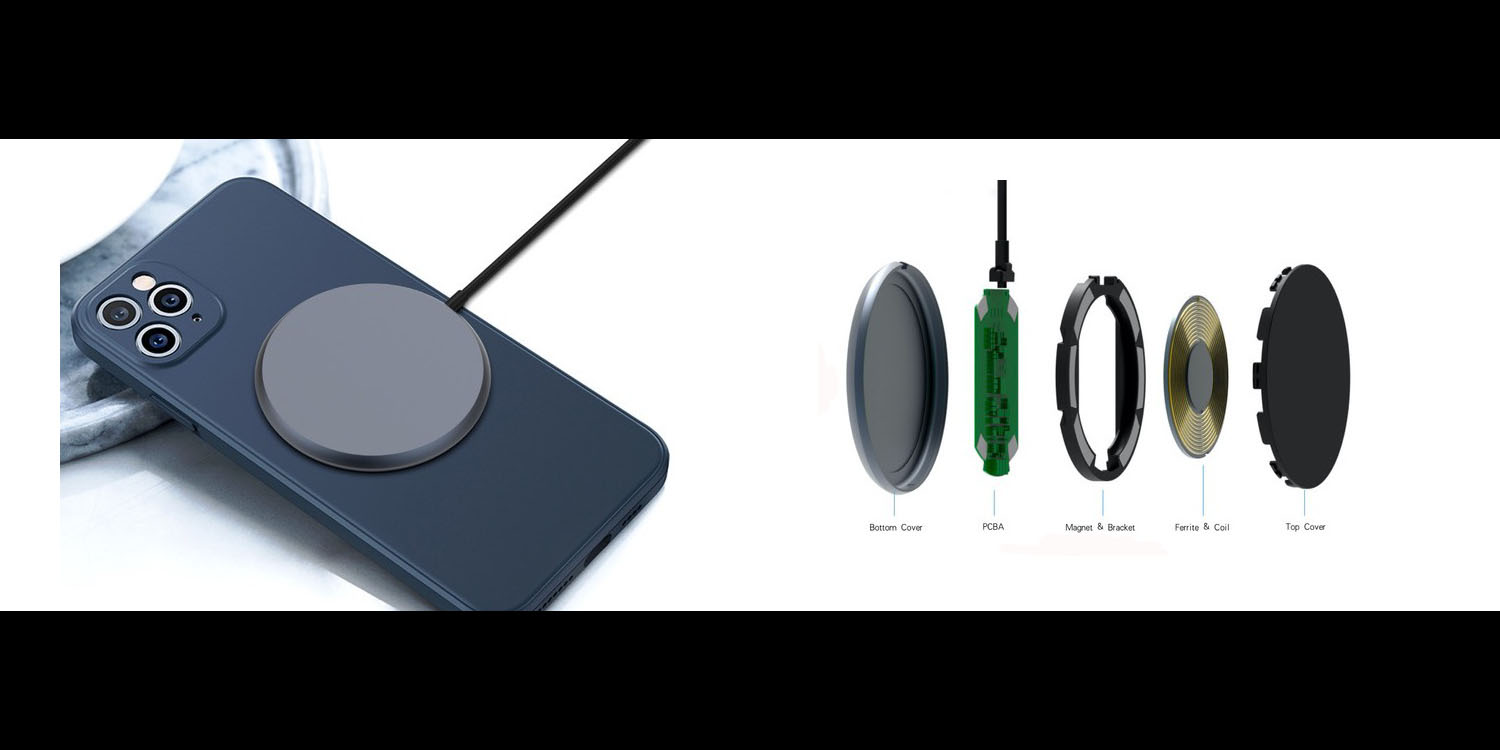 There’s been growing evidence that we’re going to see a magnetic wireless charger for the iPhone 12, this year’s phones incorporating a ring of magnets designed to automatically and securely position them on a compatible charger.

Apple is said to be releasing its own magnetic chargers, reportedly reviving the MagSafe branding to do so, and we’ve today got a look at an upcoming third-party version …

A report back in January said that Apple would be making ‘a smaller wireless charging mat‘ after earlier abandoning its AirPower project. We later saw a video of what might be a prototype of the device.

Reports back in August pointed to a ring of magnets believed to be intended to snap an iPhone into position on a charging mat, in a similar way that the iPad Pro snaps into place on a Magic Keyboard. Similar strength magnets would potentially also allow for a similar floating arrangement, or even using the phone while the charger remains clamped to the back of it.

Two reliable leakers both reported that Apple plans to use the MagSafe branding for two new wireless chargers to be announced alongside the iPhone 12.

According to the reports, Apple is planning to release two wireless chargers this year alongside the iPhone 12: the MagSafe Charger and the MagSafe Duo Charger. The details here are a bit unclear, but the reporting seemingly implies that we will see a smaller MagSafe charger that can only charge one device and another that is slightly larger with support for charging two devices.

Macotakara today shows what it says is a third-party wireless charger specifically designed for use with the iPhone 12. This suggests that Apple is licensing the branding under its MFi program.

MPOW Japan has announced a wireless charger that supports the charging position adjustment function using a magnet, which is a new wireless charging mechanism installed in the new iPhone .

The report says that this will make the charger more convenient to use, and it’s likely to be more efficient too as it would be held in the optimum position for the charging coils.

Mass production is said to start from this month.