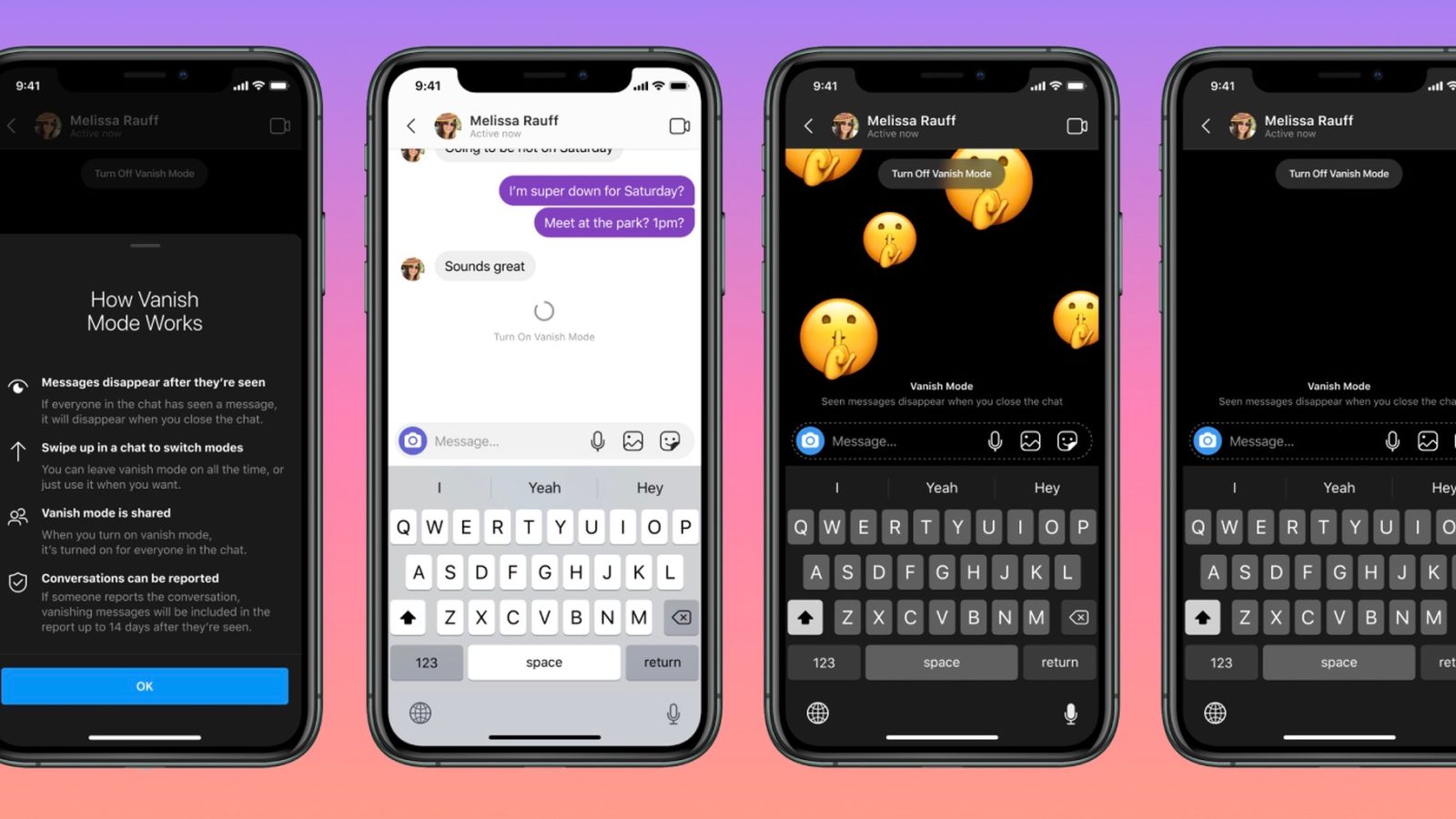 Snapchat features continue to roll into the messaging apps on Facebook and Instagram. The latest is dubbed “Vanish Mode” and as the name suggests, offers users the ability to send texts, photos, emoji, voice messages, and more that disappear after being seen. It’s starting to roll out first to Facebook Messenger and also coming to Instagram chats.

We first heard about Facebook’s Vanish Mode for messaging back in September as it announced that Facebook Messenger and Instagram chats had officially merged:

Vanish Mode: Choose a mode where seen messages disappear after they’re seen or when you close the chat.

The Verge today reports that the new ephemeral messaging mode is now available starting with Facebook Messenger. It is opt-in, so if another person turns it on in a direct message or group chat, you’ll have to agree to use it. Here’s how it works:

Vanish Mode will appear in both apps as a distinct option you can turn on and off in the settings of any particular chat message or group thread. You can also enter the mode by swiping up on a chat window. The mode will then enable disappearing messages and other chat interactions, with the option to turn it off located at the top of the chat window or by swiping down again.

Facebook says Vanish Mode is starting to rollout in the US and “other countries starting today.” But Instagram won’t launch it until “a later date.” The Instagram delay is ironic as Messenger and Instagram chat have merged.

Are you seeing it on Facebook Messenger yet? Let us know down in the comments!