Concept: How Apple could differentiate the Apple TV and supercharge tvOS in the process 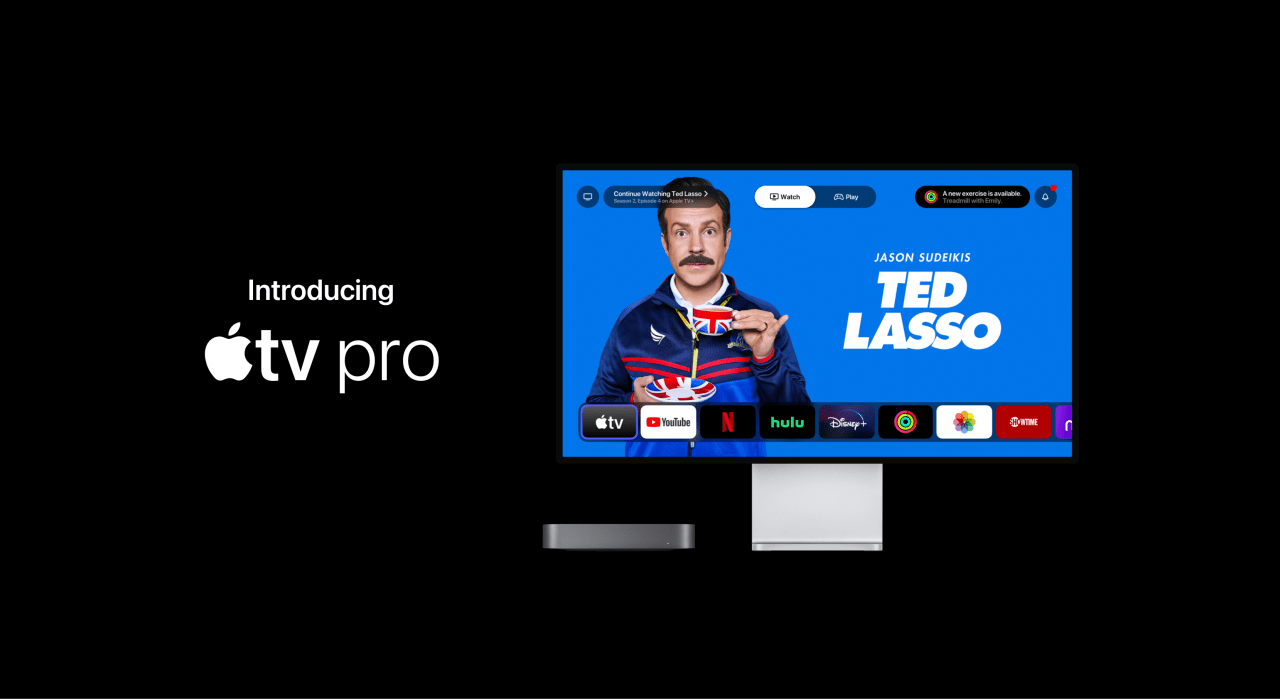 Unlike the smartphone market, the streaming box market is chock full of competition. Apple joined the fray in 2007 with the first generation Apple TV but things didn’t really pick up until the second generation model in 2010. Along the way, Apple had to contend with new competitors like Roku, Amazon’s Fire streaming devices, Google’s TV efforts, and other smart TV operating systems like webOS on LG TVs. This isn’t even to mention indirect competition from game consoles like the Xbox and PlayStation. In 2020, Apple TV 4K and Apple TV HD are by far the most expensive streaming boxes. But unlike other Apple products, the Apple TV doesn’t do much to justify the premium.

Apple has shown a keen interest in gaming with things like Apple Arcade and controller support across their platforms. So I propose differentiating the Apple TV from cheap streamers like Fire TV and Roku by making it even more premium. In fact, I think they should go “pro.”

A “pro” Apple TV needs a lot of new things to justify the moniker. It needs a more advanced user interface, compatibility with more powerful games as well as popular game streaming services. An Apple TV Pro would also need to build upon Apple’s Fitness+ service.

A new tvOS interface needs to remain simple but should build on top of the existing feature set with things you don’t ordinarily find on smart TVs. It should keep its focus on actual content while downplaying the apps that are used for the actual streaming. In the top left, you can see a quick and persistent link to the TV app so you can jump to your watchlist.

In the center at the top, you can see a paddle that lets you switch between “watch” and “play” modes. And in the top right you can see Notification Center.

You can still find your apps at the bottom of the display, but now they live in an infinitely scrolling horizontal dock that you can access from anywhere in the system.

When you switch over to the “play” tab you can see all of your games and game services. You can see that any Apple TV app links turn into Arcade app links. The Arcade app on Apple TV currently only contains games downloaded from Apple Arcade, but there’s a clear opportunity to turn the Arcade app into a hub similar to the TV app.

The Arcade app could show you all of the games you are currently playing, much like the shows you are currently watching in the TV app. Each icon has a smaller icon that denotes which service the game is a part of so there’s no confusion for users. The top navigation also includes a tab for games sold through the App Store, games available on Apple Arcade, services that let you stream games over the web or locally like Xbox Game Pass or PS Remote Play, your library of purchased games, and of course Game Center for all of your friends and achievements.

While it’s unlikely Apple will budge on bringing streaming game services to the App Store on iOS and iPadOS, Apple ought to reverse course for at least the Apple TV. They could partner with Microsoft, Sony, and Google to bring Game Pass, PS Now, and Stadia to the Apple TV. Not only would it expand the number of titles available on the platform, it could be marketed as a way to expand your Xbox or PlayStation consoles to other TVs in your house.

Powering Up the Hardware

An Apple TV Pro would need a pro-level chip and a more powerful variant of the M1 chip or the A14 chip fits the bill. In fact, they could probably build the most powerful console in the world if they chose to do so. By expanding the footprint of the device to a Mac mini level size, they could include all of the necessary components to cool the device. Thunderbolt ports could be added too so that you could use an Apple TV Pro with high-resolution displays like the Pro Display XDR.

One of Apple TV’s biggest flaws lies in its remote. I’ve never heard another person say they like the current Siri remote. And while I myself like the Siri remote, I do agree that it could be improved in a number of ways. I think the first step in improving the remote is reconfiguring the button arrangement.

In the top left is a back button, placed where you’d normally find one in iOS for muscle memory. Right next to it is the Siri button which can be remapped to launch the Search app. A smaller trackpad sits right below them and in order to feel it in the dark, it would be raised like the other buttons. You could of course click it to turn it into a directional pad if you didn’t want to use gestures. Below the trackpad is a dock button to summon your apps from anywhere in the system. There’s also a play/pause button and a home button strategically placed in the center at the bottom. Volume buttons are side mounted like they are on your iPhone and a new sleep/wake button could be added to the top to quickly turn your TV on or off without summoning Control Center.

The Apple TV is ripe for an overhaul. The 2015 redesign of tvOS was a good step forward but not much has changed since then and the competition has either caught up or leapfrogged Apple. They shouldn’t pretend to compete with Amazon, Roku, and Google and instead, they should level up the product and compete with major consoles.

What do you think about this Apple TV concept? Let us know in the comments below!