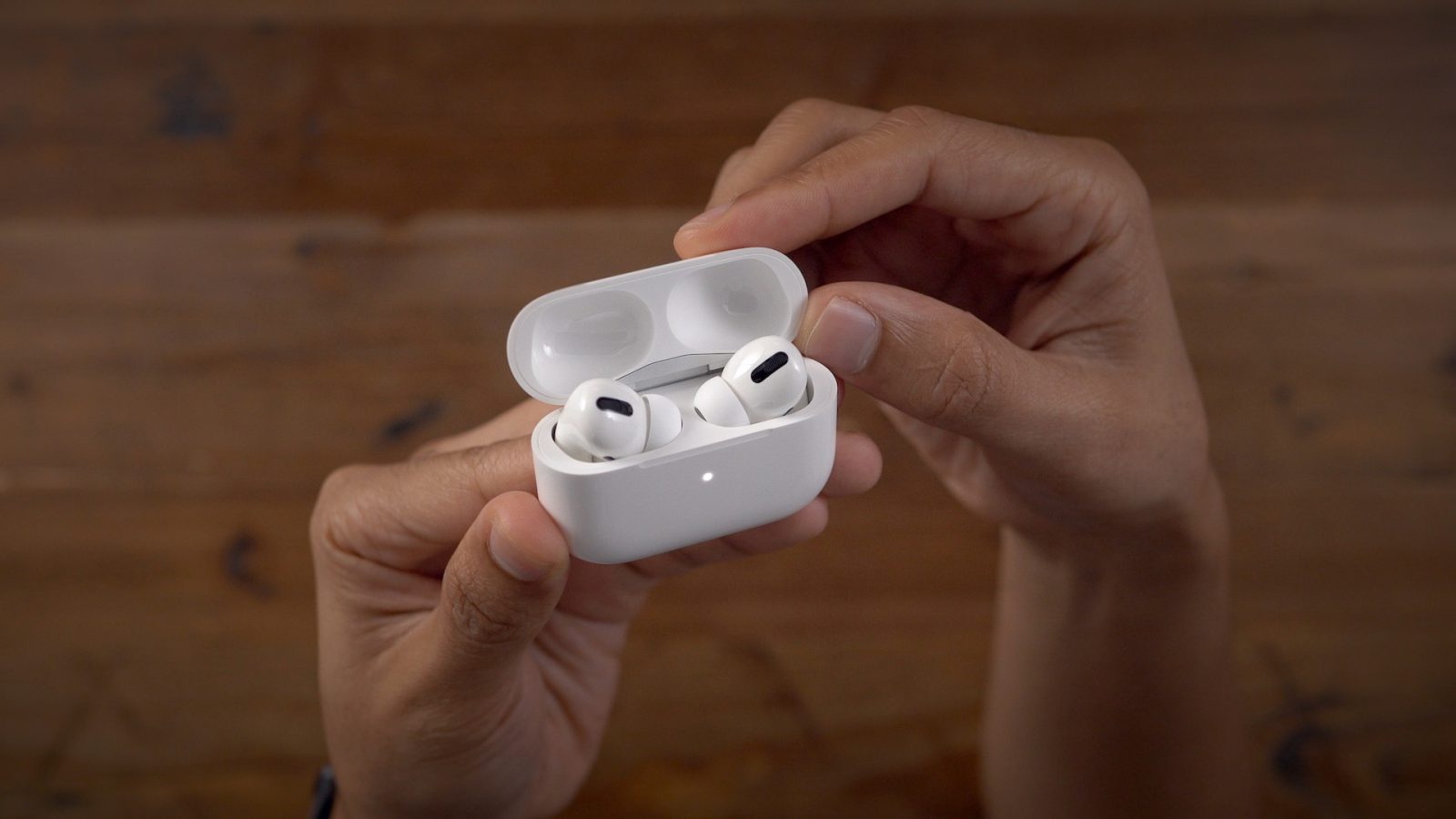 A new supply chain report from Macotakara this weekend says that Apple has new AirPods Pro and a new iPhone SE in the works for a release in April 2021. The report says that the new AirPods Pro will feature a redesigned charging case, but details on the iPhone SE are unclear.

The repot cites Chinese supply chain sources and says that the second-generation AirPods Pro will feature a “new design for the charging case.” The will reportedly remain 21mm thick, while it will be 46mm tall and 54mm wide. For comparison’s sake, the current AirPods Pro charging case measures in at 45.2mm tall and 60.6mm wide, so this would mean the second-generation case would indeed be different, but not drastically so.

There are no other details about what to expect with the second-generation AirPods Pro in this report. Previously, Bloomberg reported that the second-gen AirPods Pro would feature a “more compact” design that removes the stem that current sticks out from the bottom of the AirPods Pro. “A design in testing has a more rounded shape that fills more of a user’s a ear,” the report explained, likening the design to offerings from Samsung and Amazon.

For those unfamiliar, the Amazon Echo buds feature a stem-less design that is completely round and rests inside the user’s ear.

The Bloomberg report cautioned, however, that such design changes are not guaranteed because it’s challenging to pack the AirPods Pro internals into a more compact design. If the Macotakara report is to be believed, AirPods Pro 2 could be released as soon as April.

Furthermore, today’s Macotakara report says that Apple will also release a new third-generation iPhone SE in April. The report provides no details on what to expect from the iPhone SE 3, but a release in April would come exactly one year after the 4.7-inch iPhone SE was released in 2020.

Rumors have suggested that Apple is working on a larger version of the iPhone SE, likely with a 5.5-inch display and a design similar to the iPhone 8 Plus. Whether or not this is what today’s report is referring to remains to be seen.