Apple Pickup, Express storefronts, and the point of no return 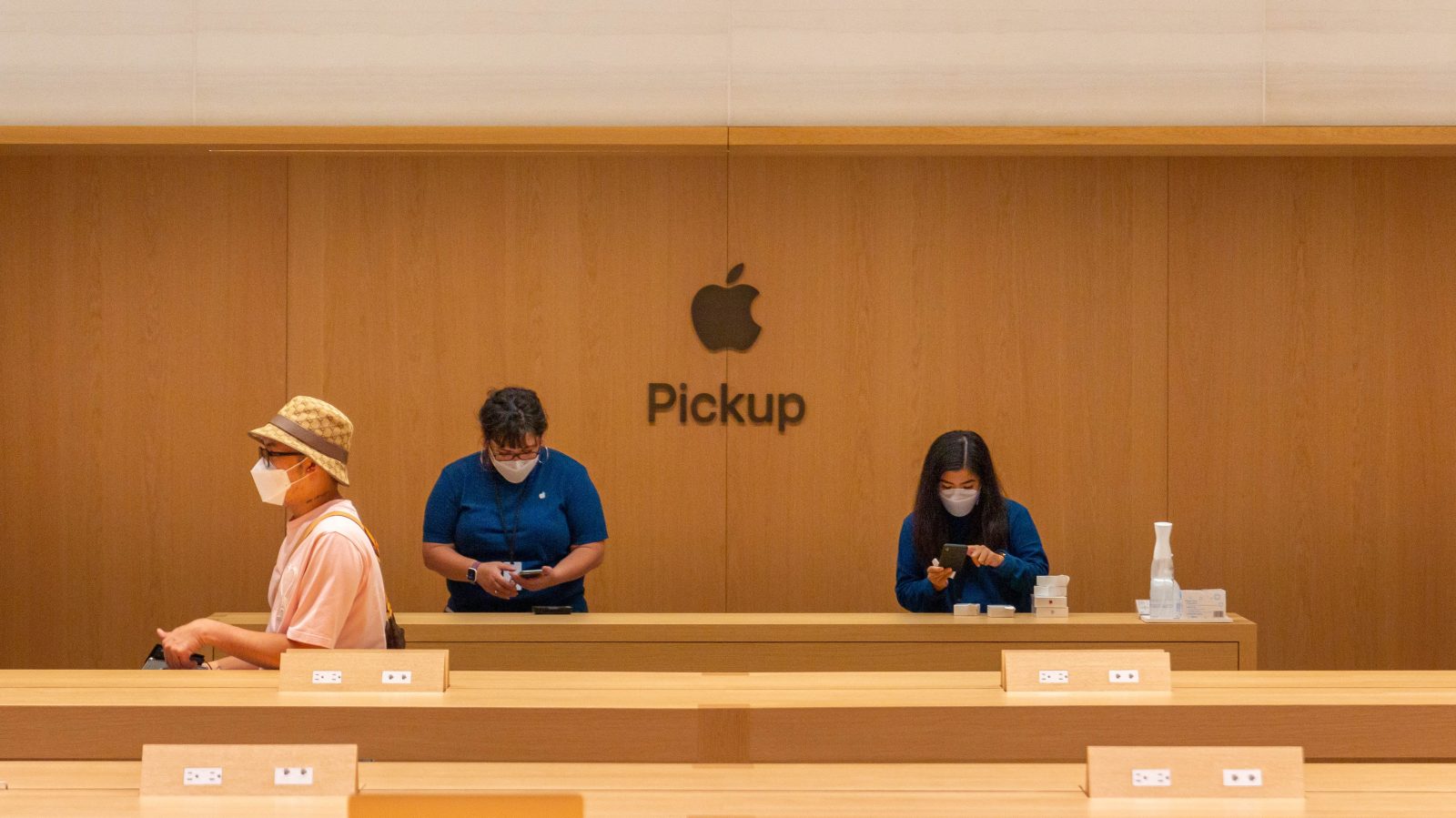 In 2011, Apple reversed the direction of scrolling with Mac OS X Lion. It was a point of no return. iOS popularity was accelerating, and the Mac had to adapt. Apple included a scroll direction toggle to smooth the transition. Some people loved the change and longtime Mac users expressed frustration, but one thing was immediately clear: computers had evolved, and there was no going back.

Exactly one year ago today — January 28, 2020 — Apple MixC Qingdao in China became the first Apple Store in the world to temporarily close due to COVID-19. It was a point of no return. The pandemic has accelerated retail trends, breaking decades-old shopping models and creating opportunities for new experiences.

Apple is now faced with a major challenge. Customers are growing accustomed to Express pickup, convenient delivery options, and personal shopping. Temporary procedures have become the status quo. What does the future of the Apple Store look like?

Make no mistake: Apple isn’t obligated to change anything. After the virus is under control, Apple Stores could revert to pre-pandemic operations and people would still show up. But to ignore the biggest change in shopping since the inception of Apple Retail nearly 20 years ago would do a huge disservice to customers, who Apple says are at the center of everything they do. Nothing must change, but it ought to.

Buried under the excitement of iPhone 12 launch day, Apple revealed its most noteworthy retail concept in half a decade: the Apple Pickup counter. A pilot design launched at the new Apple Valley Fair in San Jose. Tim Cook and Deirdre O’Brien were there to check it out.

The concept is simple but important: instead of flagging down an employee to help you retrieve an order, waiting while someone else finds your items and brings them out from back of house, and crowding out other customers at a display table, all online order pickups are fulfilled at a clearly marked, dedicated Apple Pickup counter. Walk in, pick up, get started. It’s a better experience.

Apple hasn’t said if Apple Pickup counters will appear in more new stores or if existing locations could be retrofit. The potential is significant.

Almost 10 years ago, Apple trialed a similar concept at several of its busiest locations. Express Counters were stocked with popular SKUs of hero products like iPhones and iPads. Customers who walked in ready to purchase could skip directly to checkout. Express Counters are still popular at Apple Stores in China and a few locations in New York City.

For millions of customers around the world, Express storefronts have become the new face of Apple Retail. Sober in design and pragmatic in function, the plexiglass kiosks enable safe and efficient pickups and Genius appointments during the pandemic. The temporary measure is making a lasting impression.

Customers are discovering that a store visit respectful of your time can be just as rewarding as an immersive, hands-on shopping experience. There’s more than one path to experiencing the best of Apple.

Last summer, Apple began an unannounced partnership with Enjoy, the mobile retail store startup founded by former Apple SVP Ron Johnson. If you’re in an eligible location and choose Delivery with Setup during checkout, an Enjoy team member will help you set up your new products at home during a free, 30-minute appointment.

Delivery with Setup is a natural extension of the care-driven, “surprise and delight” philosophy behind Apple Retail. As Apple prunes its store fleet and focuses on amplifying existing locations, bringing the expertise of Apple Specialists to your home through in-person or virtual experiences is the best way to support more customers.

With store capacity restricted, Apple reintroduced shopping appointments last July to guarantee customers one-on-one time to browse with a Specialist. The timing couldn’t have been better. Bloomberg notes that personal shopping is enjoying a renaissance due to the pandemic.

COVID-19 hit almost exactly one year after Angela Ahrendts announced her departure as leader of Apple Retail, forever obscuring which strategy changes are fresh ideas realized by Deirdre O’Brien and which are a direct response to the pandemic. Will shopping appointments stick around?

Scan and buy self-checkout with the Apple Store app is also poised for a revival when in-store shopping returns. The feature has lingered in relative obscurity despite existing for nearly a decade. That might change as contactless shopping and Express pickup gain appeal. The first step is reminding customers that the feature exists.

In aviation, hitting a point of no return precedes a new destination on the other side. Retail stores never stop moving. Half a decade ago, when customers sought a more immersive offline experience, Apple responded with a floor-to-ceiling redesign of its stores. This time, the most important changes are not to what you see, but to how you feel.