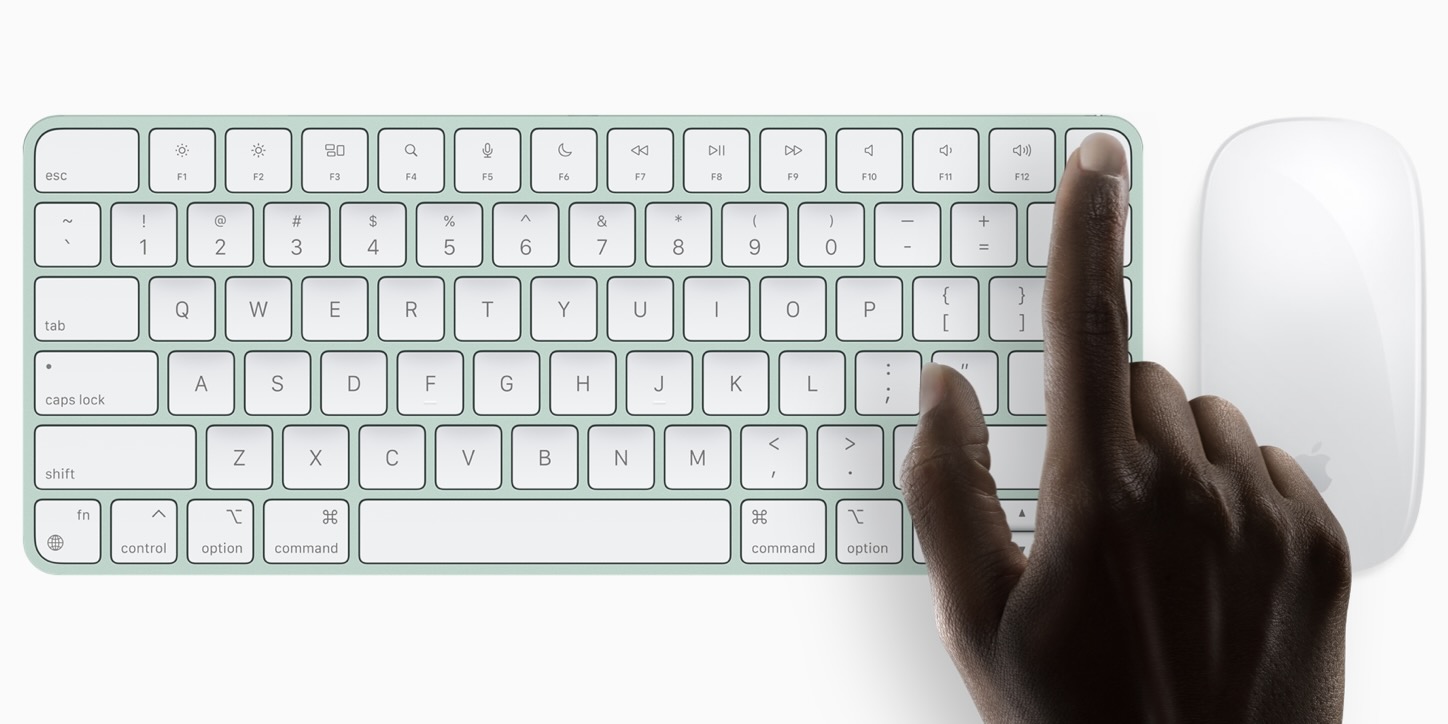 As Apple has done in the past with refreshed Magic Keyboards, the new version with Touch ID is only available with the new iMac – at least for the time being. But the useful new keyboard with built-in biometrics will work with any M1 Mac.

Along with the huge iMac redesign, Apple unveiled an all-new Magic Keyboard with Touch ID. It comes in two versions, extended with a numpad and a compact model without.

We noticed earlier that Apple hasn’t listed the new Touch ID keyboards for sale on their own. That’s not surprising as it did the same when the Mac Pro and iMac Pro launched.

For the space gray Magic accessories that originally launched with the iMac Pro, it was about three months before Apple offered them as standalone products.

But now we’ve got more detail on compatibility as Rene Ritchie has shared that the Magic Keyboard with Touch ID will work with any M1 Mac.

We’ll have to wait and see when Apple might make the new Magic Keyboard available to all but in the meantime, we might see some pop up on eBay, etc. when the first M1 iMacs land in customers’ hands.

When the space gray Magic Keyboard, Mouse, and Trackpad first arrived and was limited to coming with the iMac Pro, some scalpers listed them as high as $2,500.

Check out more details on the new 2021 iMacs in our roundup here: