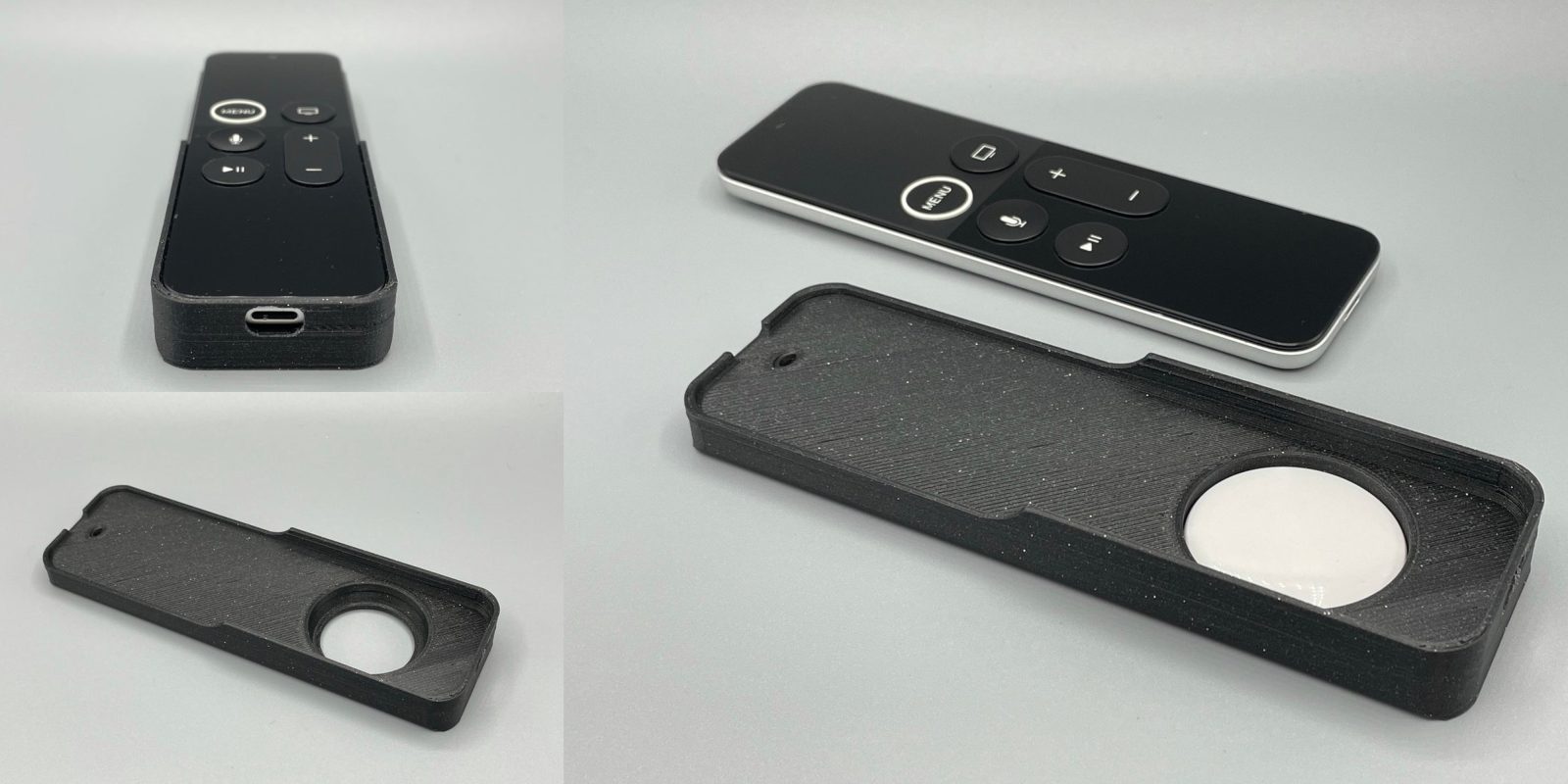 While the redesigned Apple TV Remote was rumored to have integration with the Find My app, this ultimately did not come to fruition. One seller on Etsy, however, is looking to change that with a new case for the Siri Remote that features an AirTag cutout.

Since the new Siri Remote and AirTag were officially announced, users have been hard at work looking for ways to integrate the two products, ranging from duck tape to velcro and more. The best solution so far comes from the Etsy shop PrintSpiredDesigns.

The Etsy shop is selling a 3D-printed case that is designed to fit the Siri Remote and hold an AirTag at the same time. The description explains:

This is a made-to-order 3D-printed case designed to fit the Apple TV Siri Remote and hold an Apple AirTag. The AirTag clicks satisfyingly into place, and the Siri Remote fits snugly and securely overtop. An opening on the back is sized to perfectly fit an Apple branded Lightning charging cable, so you can charge the remote without removing the case. Please note, due to the orientation of the AirTag in the case, the loudness of the AirTag speaker may be reduced.

Unfortunately, this specific case will not work with the redesigned second-generation Siri Remote, which will begin arriving to customers later this month. Once the new Siri Remote is out in the wild, however, we don’t expect it to be too long until a similar solution emerges.

The AirTag + Siri Remote case is available in a handful of different colors, including a glow-in-the-dark option, for $12.99. If you’re looking for a way to integrate your Apple TV’s Remote into the Find My application, this is one of the better solutions we’ve seen. Have any other ideas? Let us know down in the comments.