Twitter announces Ticketed Spaces, will roll out for US users soon 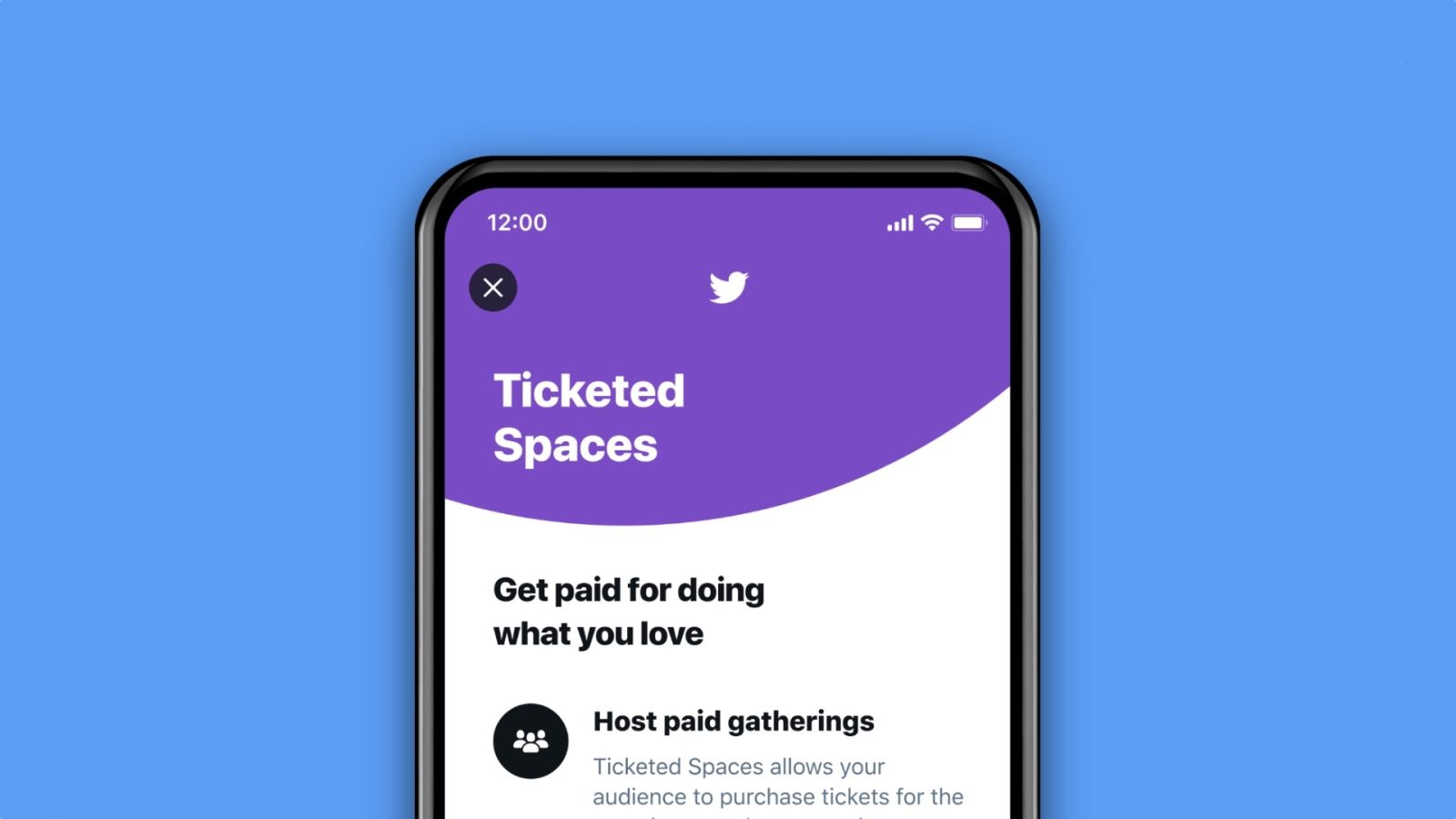 After launching the Tip Jar feature, where users could support “the incredible voices that make up the conversation on Twitter,” the platform is now announcing Ticketed Spaces. As reported by the Verge, this feature is another way Twitter is enabling creators to engage in Spaces conversations and monetize the experience.

US users will be the first to apply to host paid live audio rooms starting in the next couple of weeks. Twitter says that anyone who wants to charge for a Spaces has to have 1,000 followers, have hosted three spaces in the past 30 days, and be at least 18 years old.

The company is partnering with Stripe to handle payments, and it says users will receive 80% of revenue after Apple and Google’s in-app purchase fees are taken.

With Ticketed Spaces, apart from the Apple/Google 30% cut, Twitter will also get 20% off your ticket. To the Verge, the company says it’ll cover the cost of Stripe’s transaction fees.

A spokesperson told the Verge that “initial applications, when they open, will be processed within a few weeks, and the team plans to start with a small test group. Although only US users will be able to host these ticketed spaces, for now, anyone around the globe can purchase access.”

In recent months, Twitter has been pushing hard to make its platform even more attractive to users. Yesterday, the company relaunched its verification program, and reports say the social network is working on Twitter Blue, which could let people pay for additional features, like the ability to Undo Tweets.