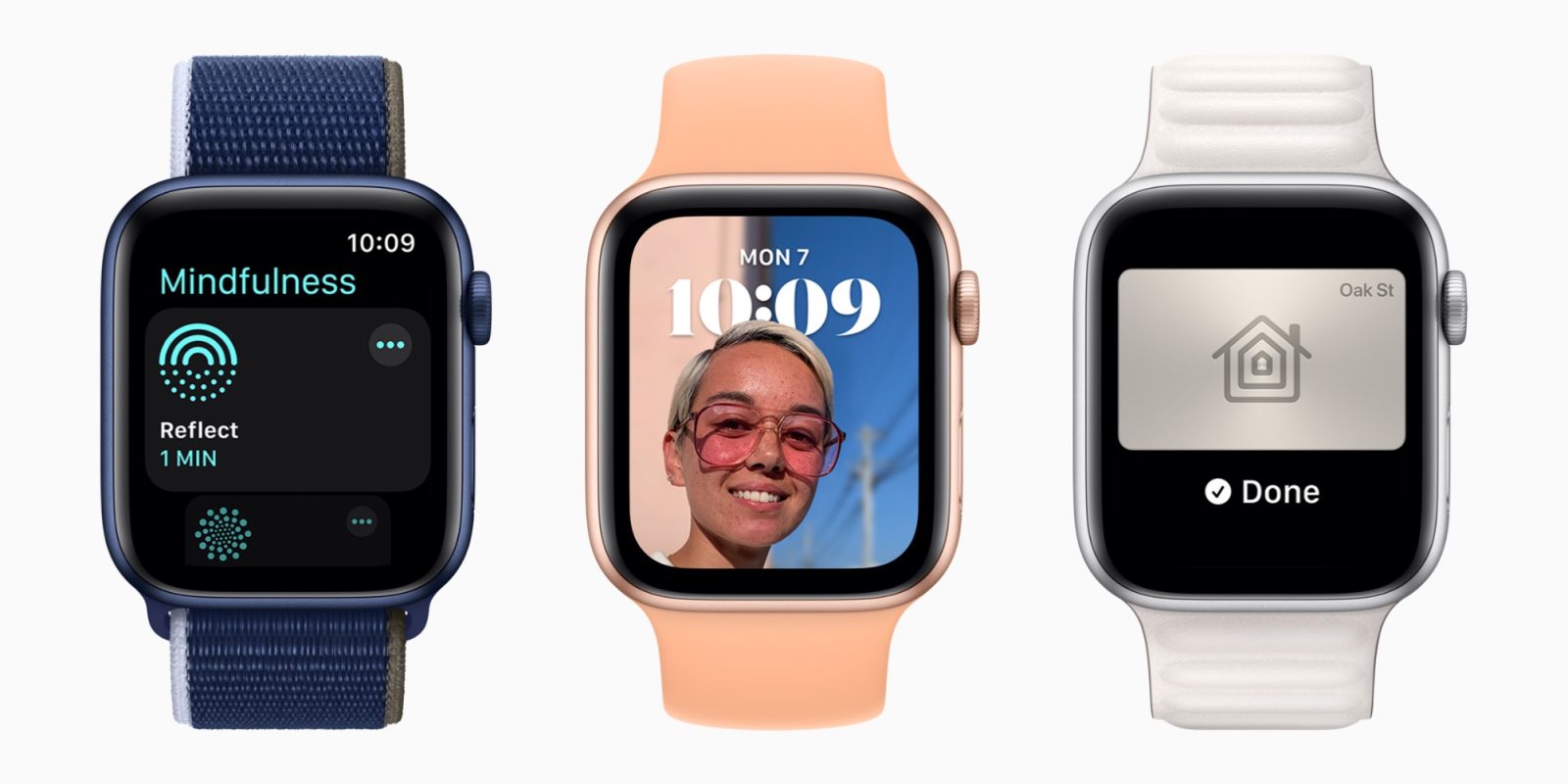 All of today’s best deals are headlined by Apple Watch Series 6 falling to all-time lows just in time for watchOS 8 debut. That’s alongside a $469 discount on the latest Intel MacBook Air and the first price cut of the year on ecobee’s SmartThermostat at $199. Hit the jump for all that and more in the latest 9to5Toys Lunch Break.

Upgrade to Apple Watch Series 6 ahead of watchOS 8

Amazon is currently discounting a selection of Apple Watch Series 6 models, taking $70 off a selection of styles. Our top pick is the 44mm GPS + Cellular Blue Aluminum with Deep Navy Sport Band at $459. Typically fetching $529, today’s offer is matching our previous mention for the all-time low set just once before. You’ll also be able to save on additional models starting at $329.

Apple Watch Series 6 arrives as the brand’s flagship wearable, delivering all of the usual fitness tracking features alongside an integrated blood/oxygen sensor. Alongside an even brighter always-on display, you’re also looking at the inclusion of the new U1 chip and faster charging times. Plus, with the upcoming release of watchOS 8, you’ll be able to monitor respiratory rate while sleeping, set multiple timers at once, and try out all of the other new features. Get a closer look in our hands-on review.

Save $469 on the latest Intel MacBook Air

Woot is discounting a selection of Apple’s previous-generation Intel MacBooks, Mac mini, and more starting at $580. Headlining is the 2020 Intel 13-inch MacBook Air with 512GB of storage for $830 in certified refurbished condition. Having originally retailed for $1,299, today’s offer amounts to $469 in savings, is well under previous mentions, and marks the best price to date.

While it’s not the new M1 model with Apple Silicon under the hood, Apple’s previous-generation MacBook Air arrives with much the same design featuring a 13.3-inch Retina display with True Tone support, the latest iteration of Magic Keyboard, and Touch ID. Not to mention, support for the new macOS Monterey release this fall. Powered by a 10th Generation i5 processor, there’s 8GB of RAM alongside 512GB of SSD storage to supplement its 11-hour battery life and two Thunderbolt 3 ports. Includes a 90-day warranty. Dive into our hands-on review.

Amazon is currently offering the ecobee HomeKit-enabled SmartThermostat for $199. Usually fetching $249, you’re looking at $50 in savings with today’s offer marking the first notable price cut of the year and dropping to the best price since the holiday season last year. Integrating with the rest of your HomeKit setup, ecobee’s SmartThermostat brings temperature control to Siri alongside built-in access to Alexa. It sports a touchscreen display for manually adjusting settings, and there’s also a bundled temperature sensor for getting local readings and setting automations to tackle the summer heat. It was also just announced that the SmartThermostat will be receiving onboard Siri support. You can get a closer look in our hands-on review.

Amazon is offering the 2020 21.5-inch iMac i5/8GB/256GB for $949. That’s down $150 from the usual fare, marking a new all-time low and one of the best-priced iMacs we can find. As one of Apple’s last desktop iterations without the upgraded M1 processor, you can save a ton over the newer models and still walk away with a premium machine. Powered by a dual-core Intel i5 chip, you can take advantage of 2.3GHz processing speeds that’ll boost up to 3.6GHz for gaming and streaming. The 1080p display is complemented by integrated Iris Plus Graphics 640. And rounding out the hardware, you’ll find twin Thunderbolt 3 ports, the FaceTime HD webcam, as well as a Magic Keyboard and Magic Mouse 2 included in the box.

Amazon is offering Logitech’s Folio Touch Keyboard for the previous-generation 11-inch iPad Pro at $130. Typically selling for upwards of $150, today’s savings drop the price to just $5 from the all-time low, and the best available. Operating as a military-grade case, iPad stand, and touch keyboard, you can instantly transform your previous-generation iPad into a portable work and creation station. The keyboard is complete with a touch trackpad, iOS shortcuts, and full key backlighting. You can use the built-in kickstand to prop up the screen laptop-style, or lay it at an ergonomic angle for note taking and digital art. The entire apparatus folds neatly into a protective case with a dedicated Apple Pencil or professional stylus slot.