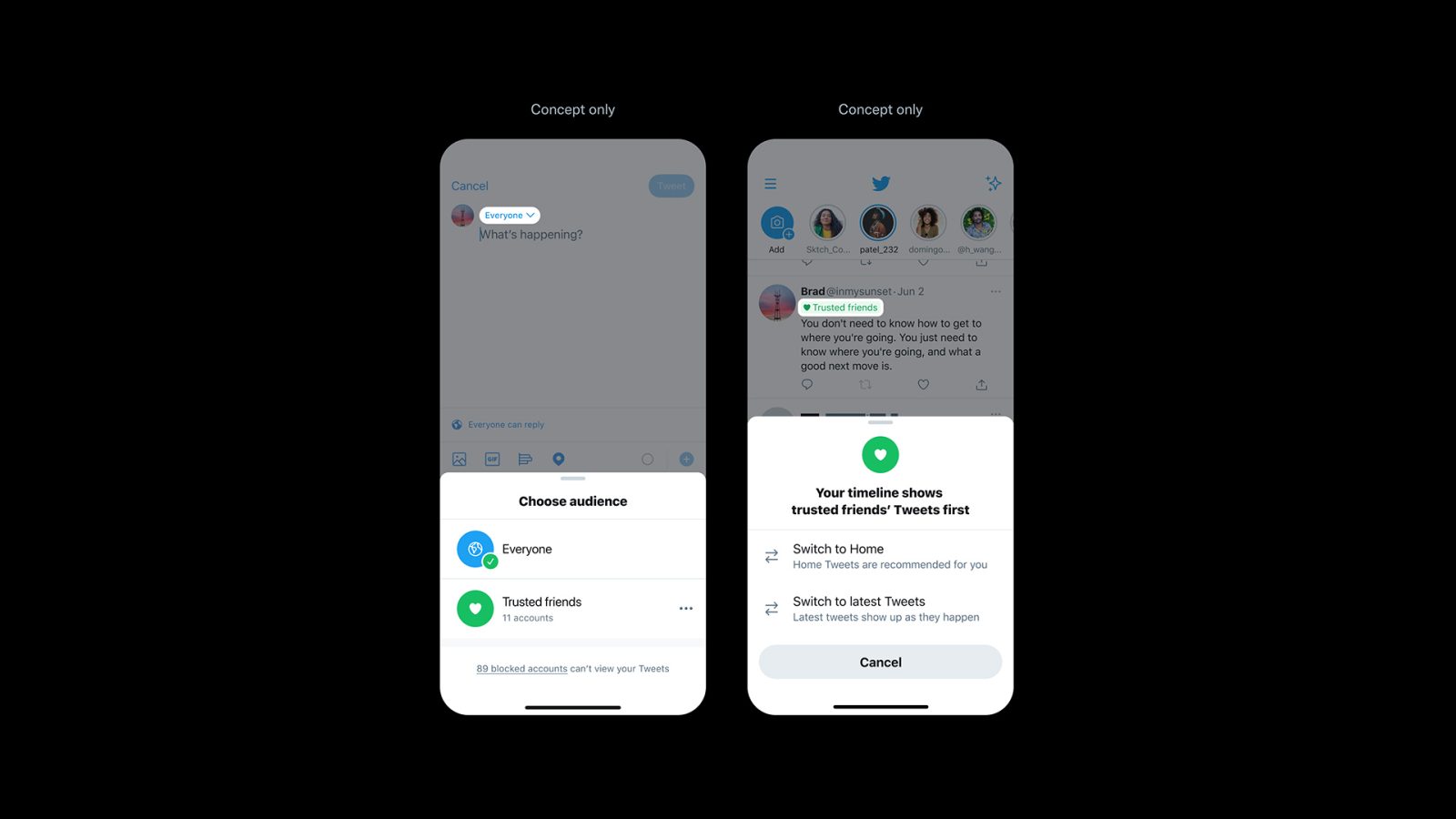 Twitter has already announced new ways to deliver content to a specific group of users with “Super Follow,” but these options are more focused on creators and influencers who want to sell exclusive access to their tweets and fleets. Now Twitter is working on an alternative timeline for “trusted friends,” which will let you choose the people who can see content there.

It’s quite common nowadays for people to have multiple accounts on the same social network, one for adding their colleagues from work or college, and another for their best friends or family. With this new Twitter option, users will be able to create a separate group for posting tweets that only the people added there will be able to see.

This, of course, is quite different from Twitter’s original purpose of being a public space, but it’s certainly nice to have the option for those who want it. However, as noted by TechCrunch, Twitter’s Trusted Friends is only a conceptual idea right now. In other words, the company is still considering whether the idea is good enough to implement.

The company says it’s thinking through these concepts and is looking to now gather feedback to inform what it may later develop. […] Twitter says the benefit of this private, “friends only” format is that it could save people from the workarounds they’re currently using — like juggling multiple alt accounts or toggling between public to protected tweets.

This is not the first time that Twitter has shown conceptual features to get feedback from users. Last month, the social network showed what an option to “unmention” yourself from a conversation would look. Unfortunately, since this is all conceptual, there’s no guarantee that Twitter will eventually add these features for users.

What do you think of this idea? Let us know in the comments below.