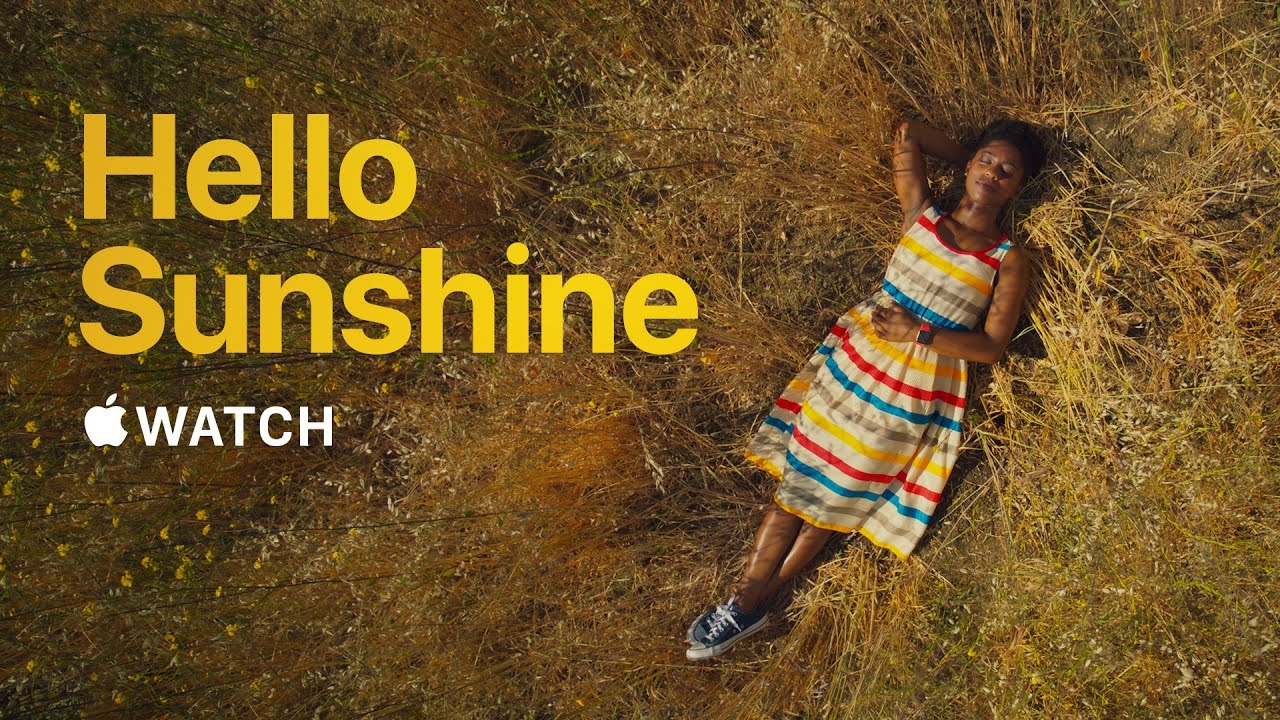 Apple has posted a new video to its YouTube channel today promoting the Apple Watch Series 6. The ad is called “Hello Sunshine” and it focuses on the Apple Watch’s suite of health features, including the Blood Oxygen app, workout tracking, and more.

The new ad is 90 seconds long and set to the song Cuore Matto (Planet Funk Remix) by Little Tony. “With features like fall detection, the Blood Oxygen app and workout tracking, the future of health is on your wrist,” Apple says.

In the video, an Apple Watch user is seen using a variety of features such as workout tracking, Apple Fitness+, and more. Apple focus throughout the video is on prompting that the “future of health is on your wrist.”

What do you think of Apple’s new “Hello Sunshine” ad? How often do you rely on the health and workout tracking features of your Apple Watch? Let us know down in the comments!