WhatsApp for iOS adds multi-device compatibility for some beta users 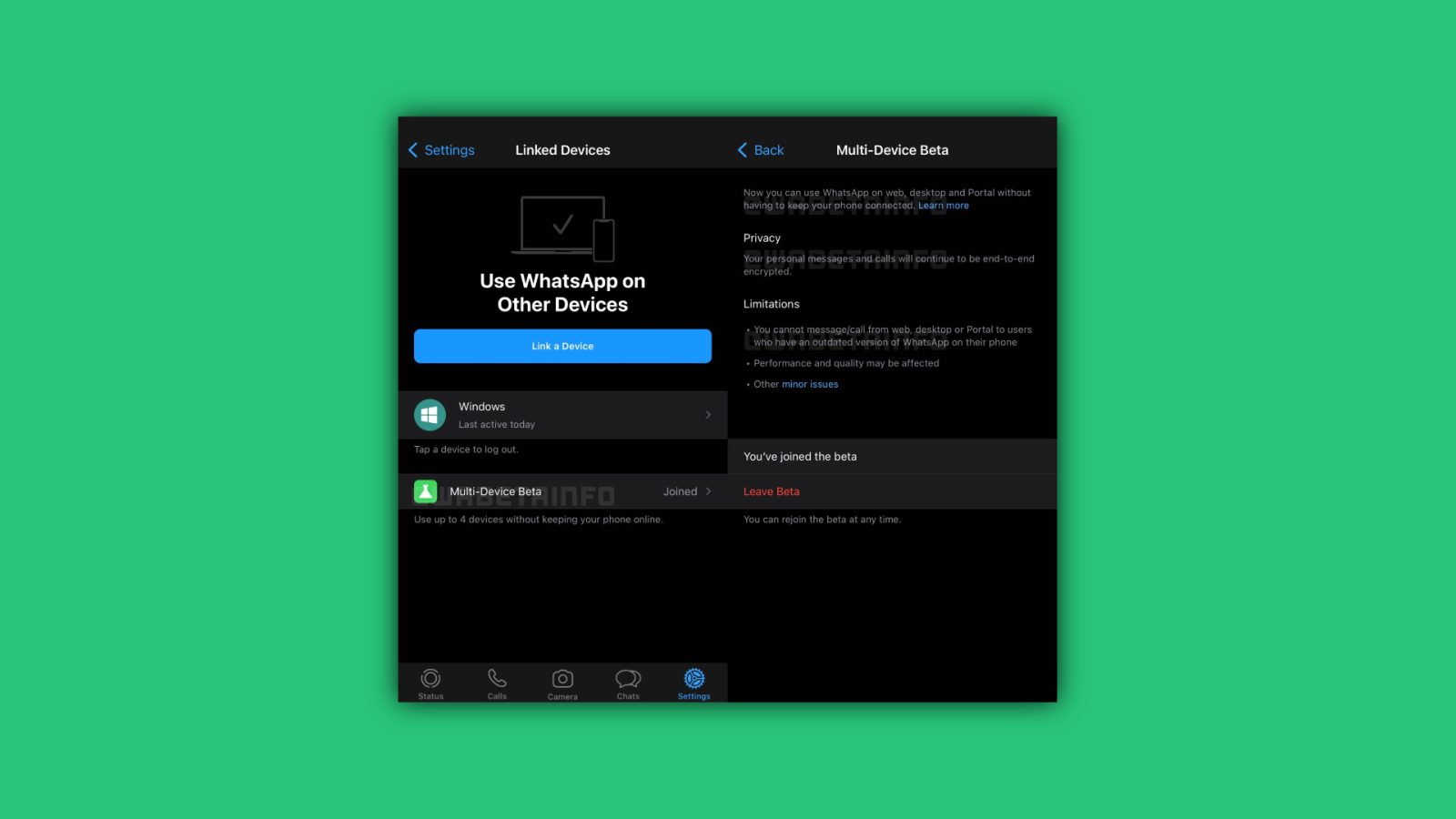 Two weeks after WABetaInfo discovered that multi-device compatibility for WhatsApp was coming, the platform is now releasing version 2.21.150.11 with this feature enabled for some beta testers of the app.

According to the site, multi-device compatibility is rolling out for more iOS beta testers, although some users might not be eligible yet.

With multi-device compatibility, users are able to use WhatsApp Web, desktop version, and Portal without an internet connection or the user’s main phone.

This is probably the way WhatsApp will finally release an iPad version, as it has been rumored for about three years now.

You can verify if multi-device is enabled for your WhatsApp account by opening the app Settings > Linked Devices; if you see a new row called multi-device, it means you can finally join the beta program!

WABetainfo also warns that this beta version might not properly work with multi-device compatibility for now:

Recently, in an interview with Facebook’s Mark Zuckerberg and WhatsApp CEO Will Cathcart, they said that “it’s been a big technical challenge to get all your messages and content to sync.” Luckily, all users will be able to use this feature rather sooner than later.

Are you looking forward to WhatsApp supporting multiple devices? Let us know in the comment section below.