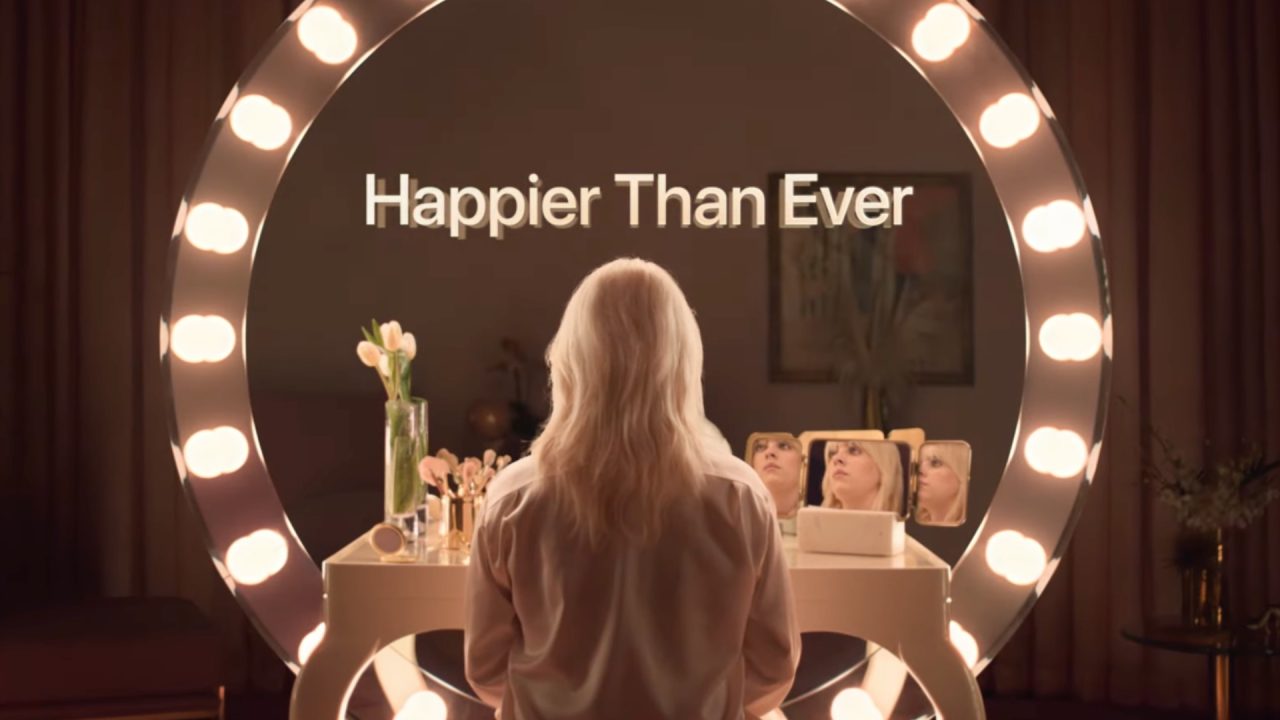 Billie Eilish has partnered with Apple several times over the years to promote her songs on Apple Music. Although the 19-year-old singer also teams up with Spotify on occasion, she’s now promoting her latest album, Happier Than Ever, on Apple’s platform.

Happier Than Ever is available on Apple Music with support for Lossless audio quality, Dolby Atmos with Spatial audio, and it’s also mastered with the Apple Digital Master label.

On her YouTube, the singer shared a new video inviting her fans to listen to the new album on Apple’s platform:

Hear sound all around. Listen to Billie’s new album “Happier Than Ever” in Spatial Audio on Apple Music: https://apple.co/HappierThanEver

With Happier Than Ever, Eilish begins a new era of her music, singing about getting older, maturity, and being herself. She’s also the artist who won the most the Apple Music Awards with three awards from 2019, including “Artist of the Year,” “Songwriter of the Year,” and “Top Album of the Year.”

In May, Apple announced Lossless support, as well as Dolby Atmos with Spatial Audio coming to Apple Music. These features launched in June, and ever since then, there’s been a growing library of songs using these technologies.

While Apple promises that all of its library will feature Lossless capabilities by the end of the year, it depends on artists to master and create music with Spatial Audio support. Big names as Taylor Swift, The Beatles, Lady Gaga, Ariana Grande, and Billie Eilish herself have some albums with this quality.

In a recent interview, Giles Martin, son of The Beatles’ producer Sir George Martin, shared his thoughts about Spatial Audio:

“From the feeling of hearing your favorite artist in the same room as you, to the experience of sitting directly in the middle of a symphony orchestra, the listening experience is transformative and the possibilities for the creator are endless. This is a quantum leap in technology – I have so far had the pleasure of mixing some of the greatest artists in history in Dolby Atmos. With this work I have found myself falling into albums I love. There is a unique experience of being able to fully immerse myself in music that, although is familiar, suddenly sounds new, fresh, and immediate. As a creator, it is beyond exciting that we can now share this incredible experience through Apple Music.