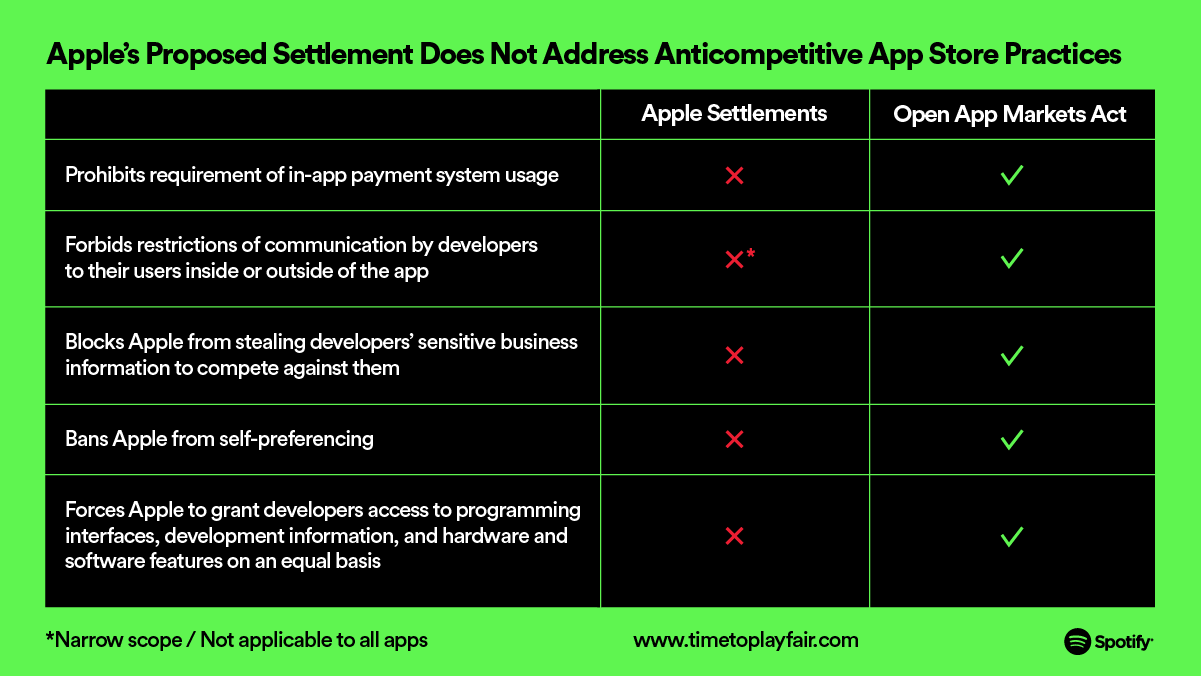 One of Apple’s biggest critics when it comes to the App Store is Spotify. And shortly after the news broke about Apple allowing developers to tell customers about options to sign up and manage subscriptions outside of the App Store, Spotify’s chief legal officer and the founder/CEO have spoken up about their take on the changes set to arrive in 2022.

Spotify hasn’t been shy in pushing for the changes it sees as fair for Apple’s App Store. That’s included being a founding member of the Coalition for App Fairness along with Epic Games and testifying to Congress on multiple occasions.

One of Spotify’s biggest complaints is that it can’t let iPhone and iPad users know they can sign up for its streaming music service for less directly through Spotify instead of using in-app purchases.

We learned last night in response to the Japan Fair Trade Commission, Apple will update its App Store guidelines in early 2022 to allow developers of reader apps to “share a single link to their website to help users set up and manage their account.”

As we previously noted:

Although Apple mentions that the changes only affect “reader” apps, the company emphasizes that this includes apps that offer content subscriptions for digital magazines, newspapers, books, audio, music, and video.

While this definitely does open up developer options, specifics on how the guidelines will exactly look and be enforced aren’t fully clear yet.

In response, Spotify’s chief legal officer, Horacio Gutierrez updated a chart the company previously made with an asterisk next to “Forbids restrictions of communication by developers to their users inside or outside of the app” that reads “Narrow scope / Not applicable to all apps.”

Gutierrez commented that “Apple’s selective tweaks to its App Store rules are welcome, but they don’t go far enough #TimetoPlayFair.”

Spotify founder and CEO, Daniel Ek retweeted with a comment that he agrees the move is “a step in the right direction, but it doesn’t solve the problem.”

App developers want clear, fair rules that apply to all apps. Our goal is to restore competition once and for all, not one arbitrary, self-serving step at a time. We will continue to push for a real solution

All of this comes after Apple announced other App Store changes last week as a result of a class-action lawsuit from 2019: