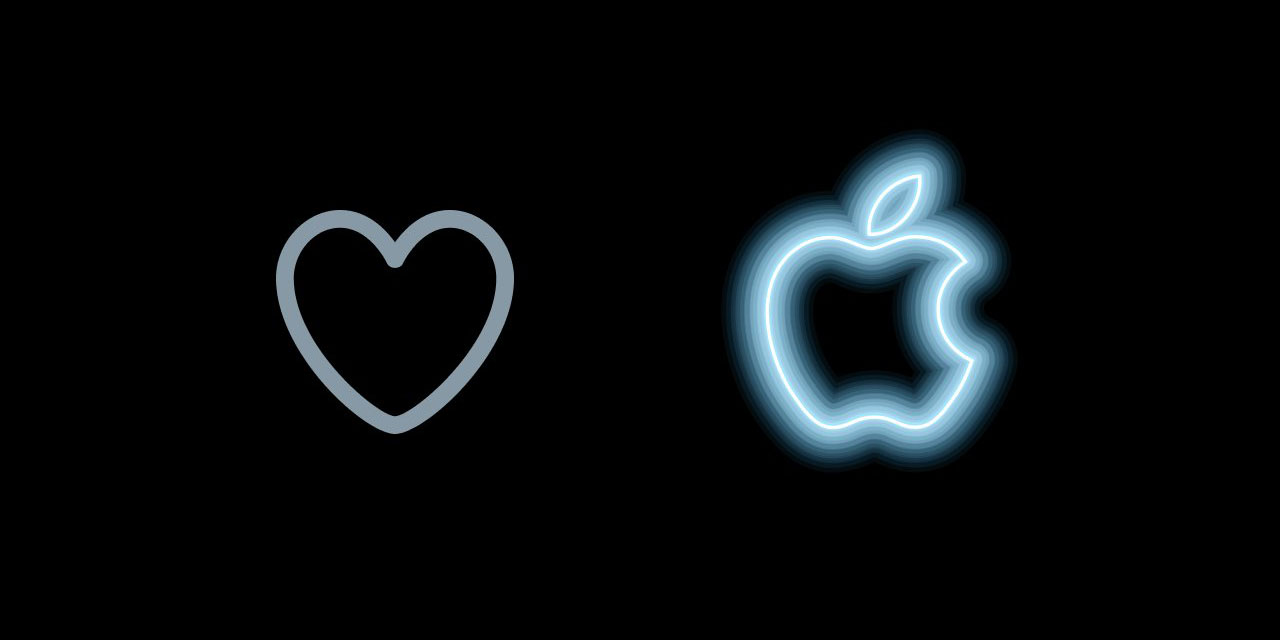 Last week saw the introduction of an #AppleEvent hashflag on Twitter, and a new animation has now been added when you Like a tweet containing the hashtag …

When you tweet the hashtag #AppleEvent, Twitter will display a mini version of the Apple logo depicted in the event’s invitation.

This isn’t Apple’s first hashflag on Twitter – last year Apple used multiple different hashflags to promote their fall events. This year, Apple created hashflags for the Spring Loaded event and WWDC21. You can see all of those animated hashflags over on hashflags.io.

This new hashflag will be live from today until December 6 and combines the background of the event invitation.

The latest addition means that when you Like a tweet containing the #AppleEvent tag in the official iOS Twitter app, the heart symbol will turn into a miniature version of the Apple logo matching the appearance of the event one, then turn into a matching blue heart outline, then back into the regular red heart.

You can see a roundup of everything we’re expecting to be announced in today’s event, with the iPhone 13 lineup of course headlining the show.

Rumors suggest that the iPhone 13 will be similar in design to the iPhone 12, but with a smaller notch. The iPhone 13 Pro and iPhone 13 Pro Max are expected to feature notable camera improvements, as well as ProMotion displays with 120Hz refresh rate support.

Most recently, Bloomberg and Ming-Chi Kuo reported that the iPhone 13 will feature new satellite communication technology. These features, which could be enabled via a software update in the future, would allow users to send emergency messages when in areas without cell service.

More details in our iPhone 13 guide.

There are also some things you shouldn’t expect to see tomorrow, despite some rumors to the contrary. We’ll of course be bringing you full coverage as it happens.