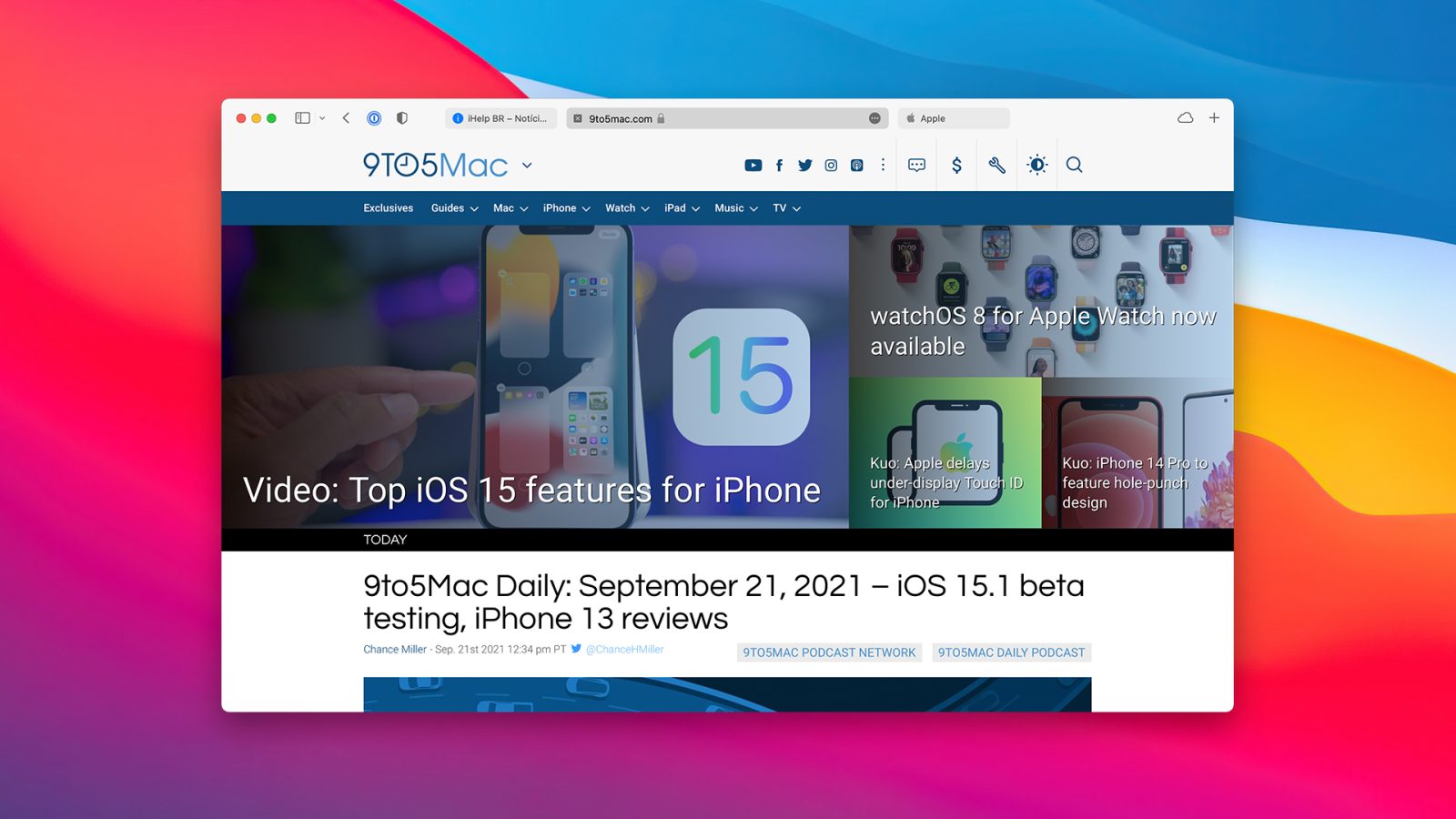 Following the release of the new Safari 15 for users running macOS Big Sur and macOS Catalina last month, Apple this week released the first Safari 15.1 beta for macOS versions prior to Monterey.

Apple first introduced Safari 15 as part of macOS Monterey at WWDC 2021. The update introduced a new browsing experience that unifies the address bar with the tab bar. However, as macOS Monterey will not be released to the public until later this year, the company has decided to make Safari 15 available to macOS Big Sur and Catalina users.

It’s unclear what exactly is new in the Safari 15.1 beta, as the release notes are basically the same as Safari 15.0. Most likely, Apple is working on bug fixes and other improvements that have already been added to Safari in the latest macOS Monterey beta.

It’s worth noting that some Safari 15 features like the built-in translator still require macOS Monterey, so you won’t be able to use them with macOS Big Sur or macOS Catalina.