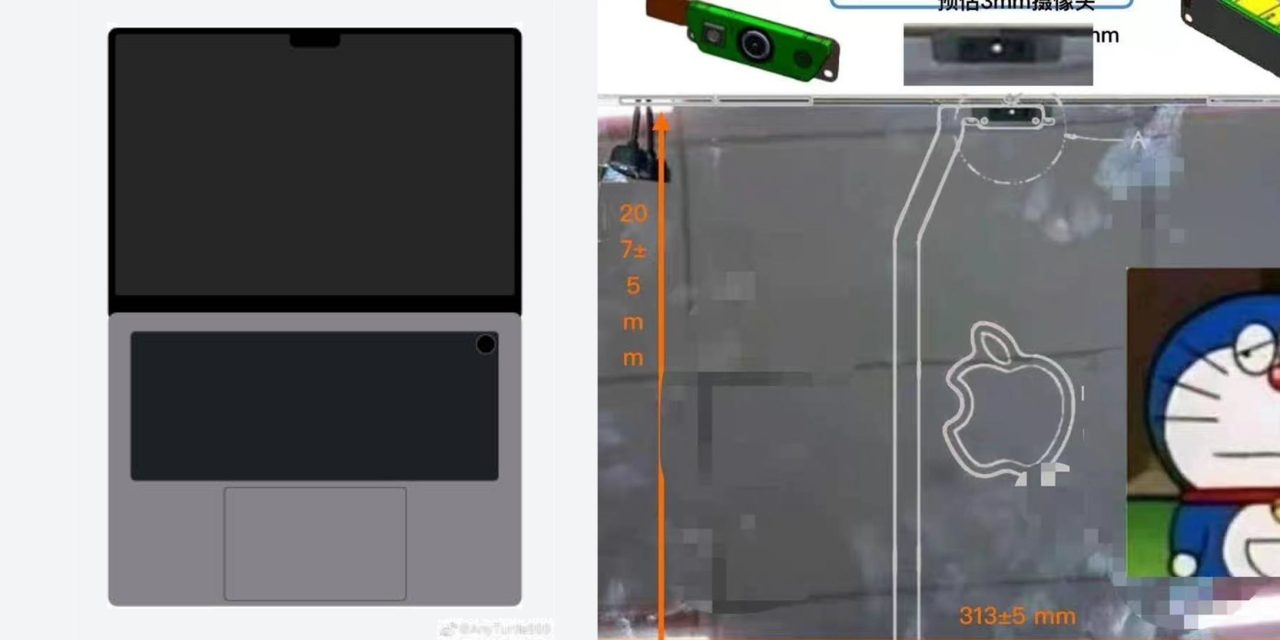 On Monday, Apple will unveil the highly-anticipated redesign of the MacBook Pro line as part of its ‘Unleashed’ October media event. It is expected to feature a whole new chassis design, industry-leading Apple Silicon, the return of MagSafe power connector and HDMI/SD Card slot, and a mini-LED display. This laptop has been in development for several years, and rumored for almost as long.

In the last few days, another idea has arisen. Some alleged leaks indicate that the new 16-inch and 14-inch MacBook Pro will also feature a notch in the top middle of the display, like an iPhone. This cutout would house the FaceTime camera and ambient light sensors, but Face ID biometrics is not expected.

Although there is some smoke on the fire, we are somewhat skeptical of this as the reports of the notch being present in the design have only appeared in the last few days. However, it is true that a notch on a Mac display is probably less intrusive than it is on the iPhone because of the menubar UI of macOS.

The center of a Mac display is often empty because menubar items don’t extend that far out. As the new MacBook Pros are also expected to use mini-LED technology, it is also possible that Apple tints the menubar black on these models to blend in the true blacks of the screen content with the physical notch area.

You may wonder why would Apple need to put a notch on the MacBook at all if Face ID isn’t in the equation? The only explanation that makes sense is an aesthetic one; Apple could choose to minimize the bezel on the top, left and right edges of the upper case. In this case, a display cutout would be needed to accommodate the camera housing, even though Face ID is not present.

You can see this idea depicted in the drawing by another Weibo user, who mocked up the claims found in this post which kicked off the notch speculation. The thin bezels on the top, left and right sides of the screen are made possibly by including the camera and light sensors in the notch area.

In that post, the Weibo user said the mini-LED screen would feature a notch, that the Touch ID button would be illuminated and that the keyboard tray would be coloured black. In the image above, the Touch ID button is depicted as a circular shape, similar to the Magic Keyboard that ships with the M1 iMac. On Apple’s existing laptops, the metal casing between the keys is coloured the same as the rest of the laptop, so this would represent a pretty noticeable departure.

You can also see in this drawing that the MacBook Pro logo text in the bottom bezel has been removed, something that we also expect to happen.

Adding more fuel to the notch fire, earlier today developer Saagar Jha noticed that a build of Safari Technology Preview included references to a safeAreaFrame API for the Mac’s screen. This sounds very similar to the APIs used on iOS so that apps can layout their content appropriately for curved and notched iPhone and iPad displays. However, on the Mac, the idea of a safe area is also used for other interface chrome, like the toolbar in full-screen mode, so this latest finding could simply be referring to that.

We’ll know for sure on Monday, when Apple officially unveils the new MacBook Pro at 10 AM PT as part of its ‘Unleashed’ October event. New AirPods and possibly updates to the Mac mini and iMac are also expected. Stay tuned to 9to5Mac for full coverage of all the announcements.