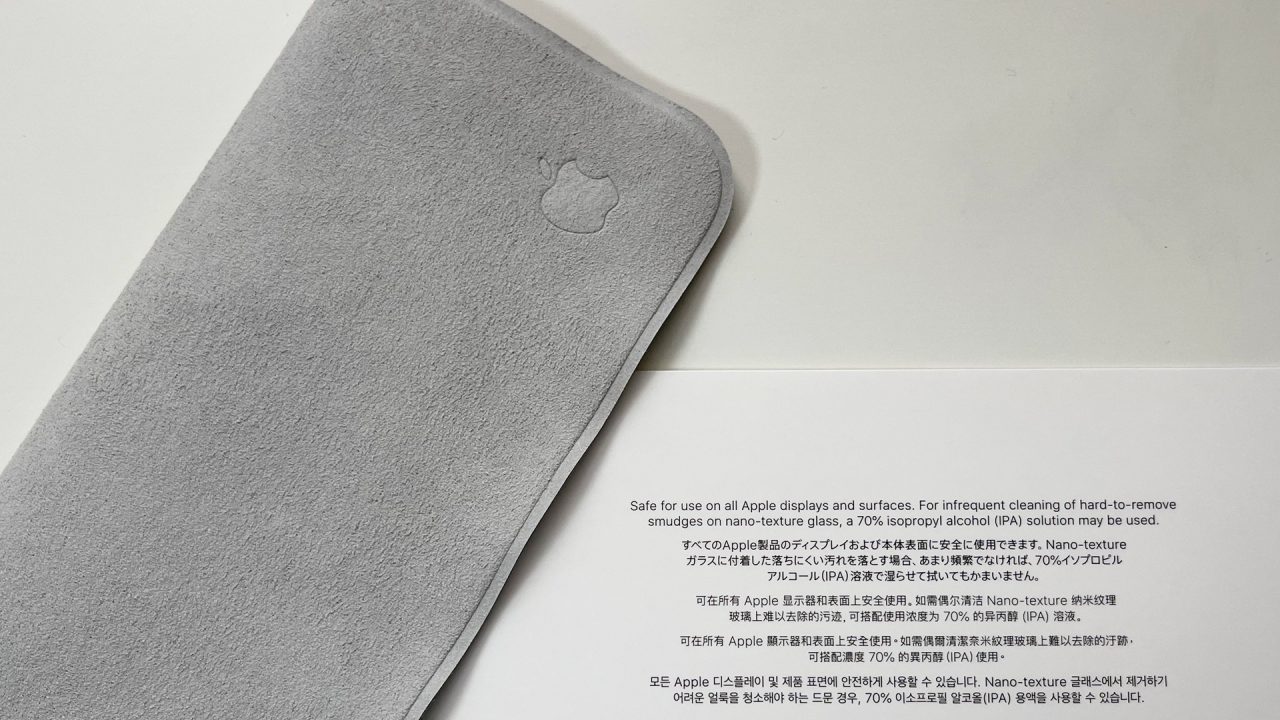 Apple last week introduced its own Polishing Cloth along with the new 14-inch and 16-inch MacBook Pro and AirPods 3. While shipping estimates for Apple’s cloth have already slipped to 2022, some lucky consumers have already been able to get their hands on the new product — and now we have the first photos of it.

As shown by Twitter user Karagana, Apple’s Polishing Cloth comes in a box considerably large box. Inside the box, there’s just the cloth (which comes folded) and a piece of paper with the following information:

Safe for use on all Apple displays and surfaces. For infrequent cleaning of hard-to-remove smudges on nano-texture glass, a 70% isopropyl alcohol (IPA) solution may be used.

Apple doesn’t specify exactly what fabric its cloth is made of, as the company only says that it has a “soft, nonabrasive material.” The company recommends it for cleaning the screens of Apple products such as iPhone, iPad, and even the expensive Pro Display XDR.

Apple’s new Polishing Cloth costs $19 and, as we recently reported, it is almost sold out. If you order one right now on Apple’s website, it won’t be delivered until next year.