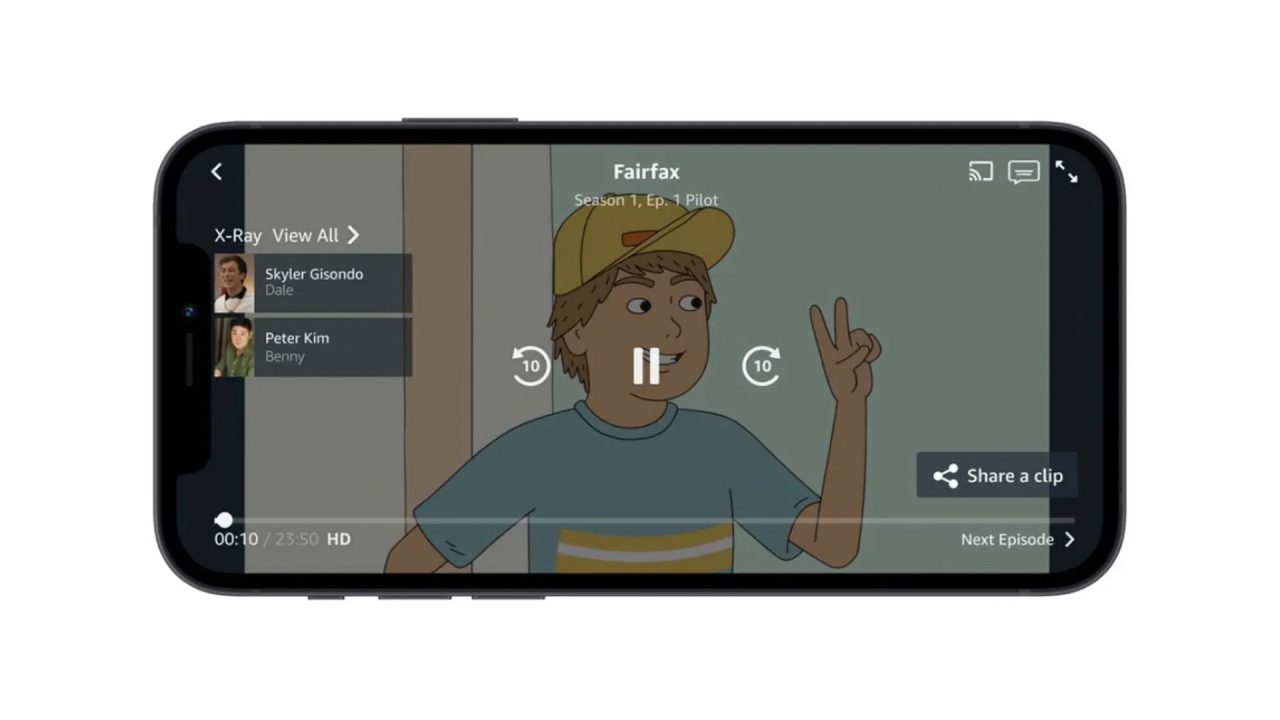 Amazon on Thursday announced an update to the Prime Video streaming app on iOS. Now users will be able to share short clips of Amazon Prime Video content on social networks, which isn’t possible on almost any paid streaming service.

As noted by The Verge, the new video-sharing feature will be available first for iOS users, who will now find a “Share a clip” button when watching a movie or TV show.

With just one tap, the Amazon Prime Video app will generate a short 30-second clip of that moment you are watching – and this clip can be manually adjusted by the user. Once the clip is ready, it can be shared via iMessage, Twitter, or any other social network.

Unfortunately, the sharing option will only be available for select content, but still, this is a huge improvement compared to not being able to even share screenshots of what you are watching. Most streaming apps use DRM protections that make the screen black when you take a screenshot or record the screen.

According to Amazon, the clip-sharing option can already be found when watching The Wilds, Invincible, Fairfax, and first season episodes of The Boys. The company promises to enable clip sharing for more movies and TV shows in the future.