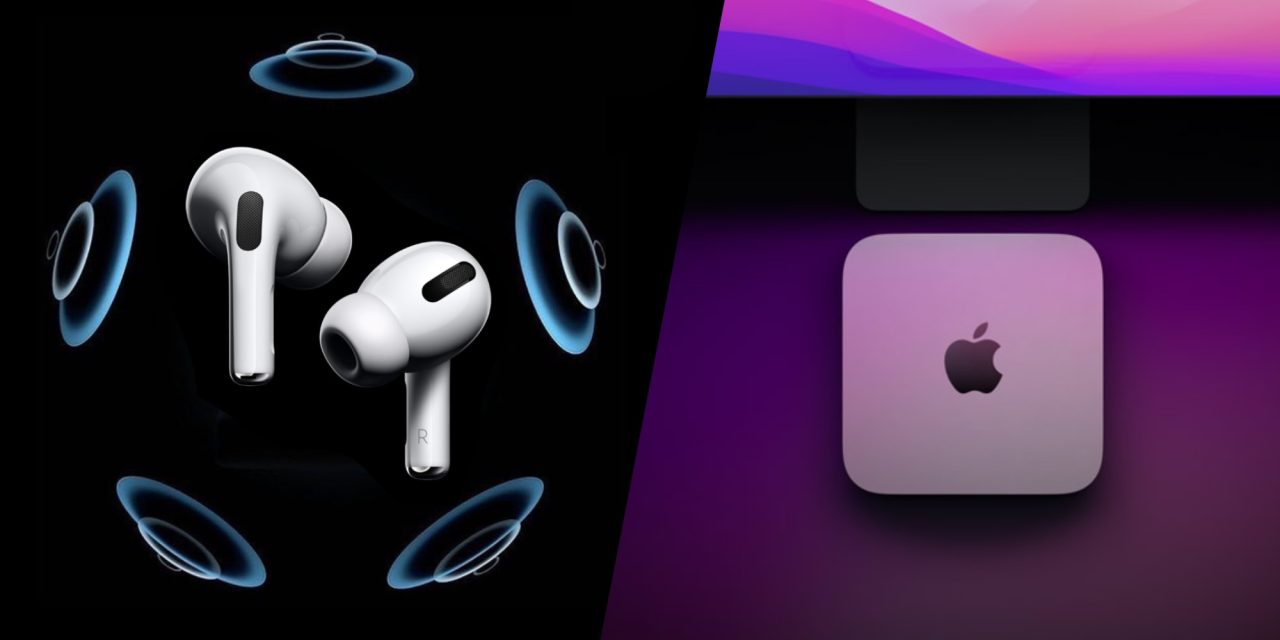 All of today’s best deals are up for grabs, with a one-day AirPods Pro refurb discount to $150 leading the way. That’s alongside $149 off the M1 Mac mini and these Samsung Smart AirPlay 2 Monitors from $230. Hit the jump for all that and more in the latest 9to5Toys Lunch Break.

Woot is currently offering Apple’s AirPods Pro in Grade A refurbished condition for $150. Normally fetching $249, you’re looking at likely the best price of the holiday season in any condition at $99 off and well below the previous mention. Right now, the best Black Friday price we’re expecting to see is $159 as a doorbuster that sure to sell out right away.

Arguably the most compelling aspect of AirPods Pro is the active noise cancellation, which pairs with one of the best transparency modes on the market to deliver an enticing listening experience. That’s alongside newer additions like Spatial Audio and support for Dolby Atmos that launched earlier this summer on top of other new lossless streaming features. Not to mention some other perks like Hey Siri support, IPX4 water resistance, and a 24-hour battery life. These AirPods include a 90-day warranty. Dive into our hands-on review for a closer look.

Amazon is now offering Apple’s latest M1 Mac mini starting at $600 for the entry-level 256GB model. Though the real highlight is on the elevated 512GB offering, which drops to $750. Down from the usual $899 going rate, you’re looking at $149 in savings with today’s offer coming within $1 of the best price so far in the latter half of the year.

A notable way to bring Apple’s M1 chip to the desktop, its latest Mac mini not only provides a low-profile solution for outfitting the workstation, but also gives you the added flexibility of being able to choose your own display. Despite its small footprint, you’re looking at the same power as the rest of the M1 lineup with up to 512GB of storage and 8GB of RAM to balance out the pair of Thunderbolt ports. Get a closer look in our launch coverage.

Samsung’s Smart Monitors with AirPlay 2 on sale from $230

Amazon is currently discounting a selection of Samsung’s new Smart Monitors headlined by the 32-inch 4K M7 model at $354. While you’d normally pay $450, today’s offer amounts to 21% in savings while marking one of the best prices we’ve seen to date at $46 under our previous mention. You can also save on the 43-inch M7 Smart Monitor, which drops to $450, down from its usual $600 price tag.

Samsung’s new M7 Smart Monitors in either case arrive with a 4K panel alongside a 65W USB-C PD port, pair of HDMI inputs, and more. But where the unique display stands out from the competition is with integrated smart features including AirPlay 2 support, native access to Netflix, Disney+, Hulu, Apple TV+, YouTube, and other series, as well as an adaptive picture mode for adjusting the brightness throughout the day. You can get a closer look in our launch coverage.

Amazon is now offering the Belkin MagSafe 2-in-1 15W Charging Stand for $80. Normally fetching $100, you’re looking at a return to the Amazon low set once before at 20% off as well as a match of our previous mention.

Belkin’s 2-in-1 charging stand delivers a place to refuel your iPhone 12 series handset alongside a pair of AirPods or other earbuds. Its main 15W MagSafe charger holds up your smartphone above the secondary 5W Qi pad in a streamlined design that won’t take up too much space on your desk or nightstand. You can get a closer look in our launch coverage.

B&H is now offering the JOBY GorillaPod Mobile Rig for $49. Normally fetching $105, you’re looking at a new all-time low at 53% off the going rate that’s also $21 under the previous discount.

Serving as a more than capable upgrade to any iPhoneography setup, this JOBY package is centered around its signature GorillaPod flexible tripod which pairs with a universal GripTight smartphone mount. Off to the side, there’s also a pair of adjustable arms for holding up lighting, a GoPro, or other gear in your kit which can be mounted just about anywhere thanks to the versatile form-factor.