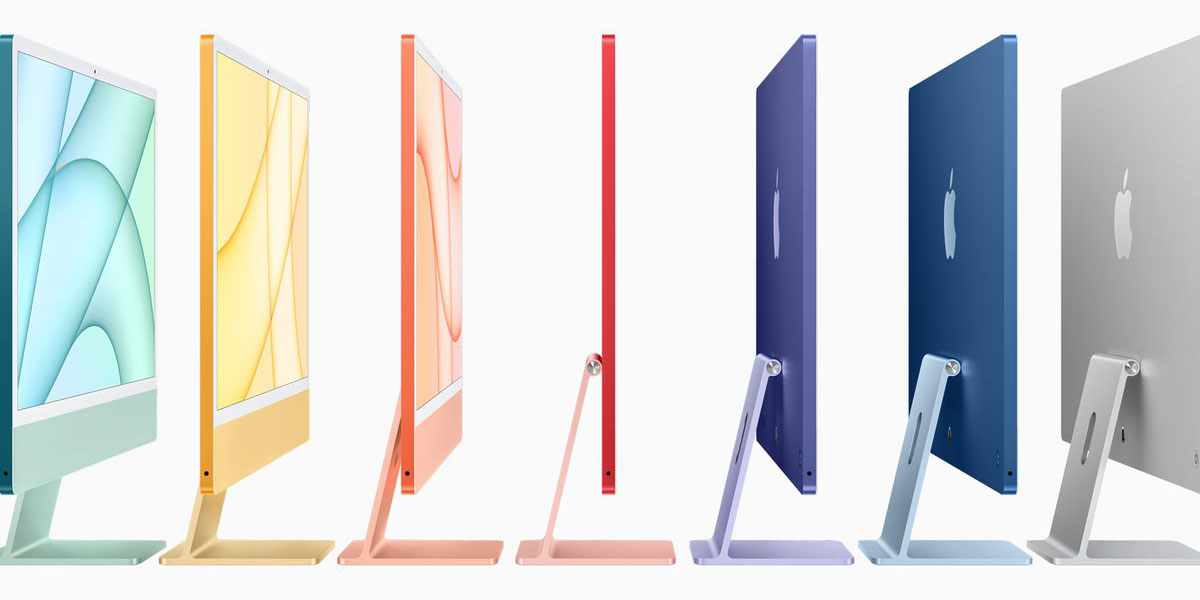 Updates: Ross Young initially tweeted a single-word reaction – surprising – and Digitimes issued a correction to yesterday’s report stating that it was an error. Young subsequently tweeted that he still thinks Apple will use mini-LED.

While most reports are pointing to the 2022 27-inch iMac using the same mini-LED backlighting system as the latest MacBook Pro models, a fresh supply chain report today disagrees.

However, the report is confusing, and possibly confused …

All current Macs use LCD screens, with LEDs used behind the display to provide backlighting. However, the 2021 14- and 16-inch MacBook Pro models adopted mini-LED backlighting.

This is essentially the same technology, but by making the LEDs very much smaller, and using many more of them, the lighting can be much more precisely controlled, enabling greater brightness and deeper blacks.

Display analyst Ross Young said in October that a new 27-inch iMac would debut next year with a mini-LED screen with the same 120Hz ProMotion capabilities as the latest MacBook Pro models. We noted then Young’s credentials.

Young has a very reliable track record when it comes to predicting Apple’s supply chain commitments for display components. In fact, he was essentially the only person suggesting that the new MacBook Pros would feature 120Hz high refresh rate ahead of the Unleashed event, and he of course turned out to be correct.

This was backed in October by another reliable source, again earlier this month by another display supply chain source, and just yesterday by a Digitimes report.

Suppliers have kicked off their shipments in small volume for 27-inch iMac series that will come with a mini LED display, according to industry sources.

However, just one day later, a new Digitimes report contradicts this. Indeed, it’s not even clear whether this is a new report, as it may instead be the full version of the one teased yesterday. Yet it says the opposite:

Suppliers have kicked off their shipments in small volume for the new 27-inch iMac set for launch in 2022, but the device will not come with a miniLED display as previously speculated, according to industry sources.

But things get weird in the second paragraph:

The sources pointed out that speculation about the next-generation 27-inch iMac coming with a miniLED display has been circulating in the market ever since the 24-inch iMac received a major upgrade in the CPU platform earlier this year, but the shipments of the 27-inch device in December showed that it is still equipped with a traditional LCD display.

As we noted in the background above, mini-LED screens do still use “traditional LCD displays” [sic]: it’s only the backlighting that varies.

Although the 27-inch iMac does not feature miniLED technology, LED chips used in its display are up 30-40% from the previous models.

If true, this would be more backlighting LEDs than existing iMac displays, but not as many as in the latest MacBook Pro models – which would seem odd.

The smart money here would be on some kind of misunderstanding in today’s report, even if Digitimes is sticking to its guns.

Update: As noted above, Digitimes now says yesterday’s report was an error, while Young initially said only that today’s report is ‘surprising,’ but later followed up by stating he believes Digitimes is wrong:

Update 2: I noted above the fuzziness around the definition of mini-LED (how many LEDs qualify?), and Young has now says he believes differences in definition may explain the contradictory reports: