Is Apple really working on a foldable MacBook display? And if so, why? 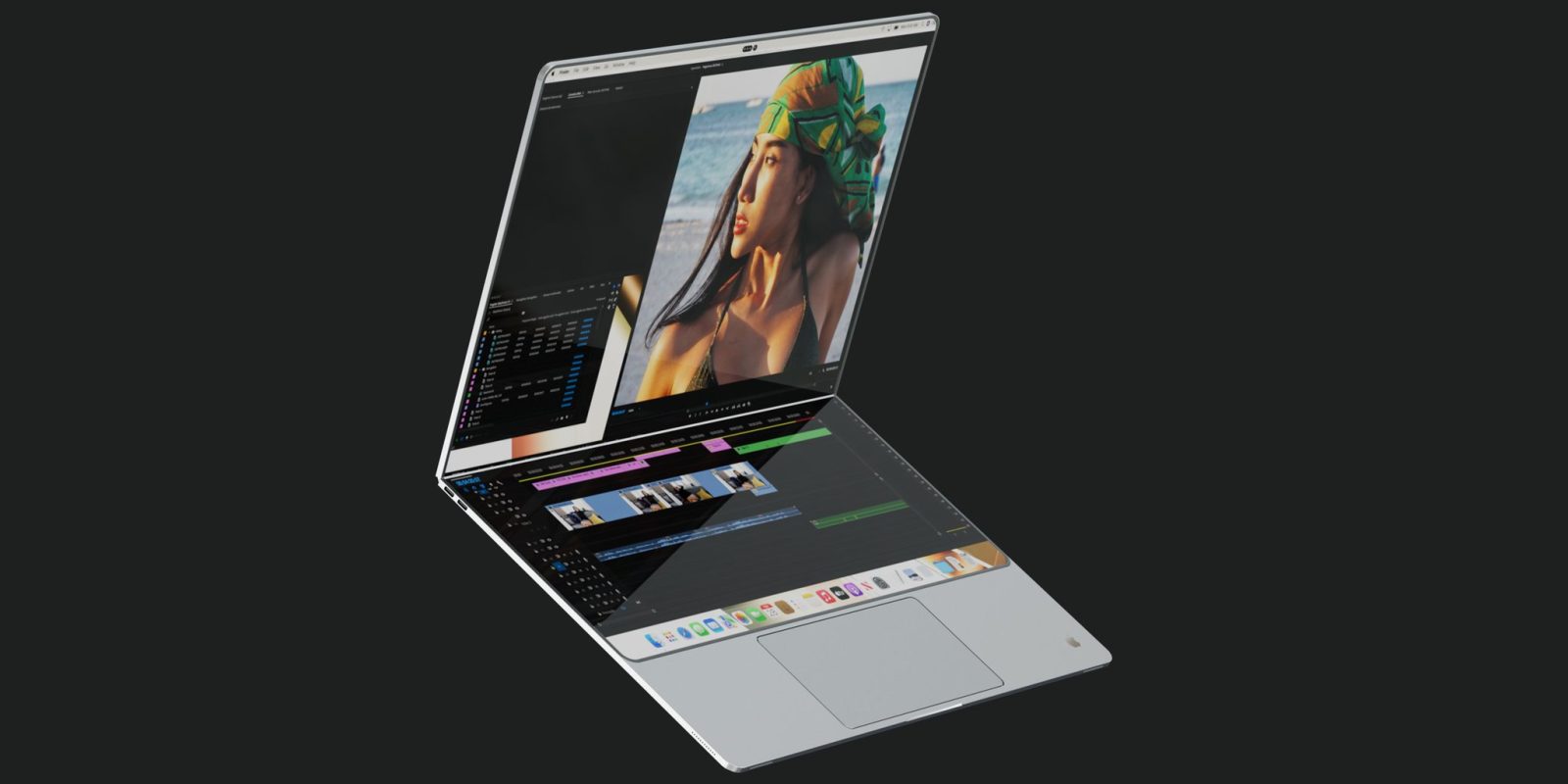 Two credible sources have suggested that Apple is working on a foldable MacBook display, and that this might unfold to see the largest screen ever created for a portable Apple device – around 20 inches.

First, to answer the question literally: Yes. When two separate sources with good track records both say something is true, then there’s a high likelihood that they are right. Apple almost certainly has a team of people playing with foldable MacBook displays, and it’s likely that one of these is around 20 inches.

Second, there are good reasons to believe Apple believes in the concept. The Touch Bar may have been a misstep, but keyboards that can dynamically change both look and functionality are a very appealing idea. Imagine opening Final Cut Pro, for example, and seeing color-coded icons for things like the blade, hand, and so on, instead of letters.

Will such a product ever make it to market? That, of course, is a completely different question. As we know from numerous patents over the years, the Cupertino company explores all kinds of different ideas, and very few of them ever make it into real-life products.

Anyone who has ever done a significant amount of typing on the on-screen keyboard on an iPad (raises hand) can tell you that it gets pretty painful after a while. And touch-typing is next to impossible without being able to feel physical keys beneath your fingers.

Long-term, this problem may be solvable. Apple has patents for ways to make virtual keyboards feel like real ones. This one, for example:

Apple proposes a three-fold approach to making a screen-based keyboard feel like a physical one. First, allowing a flexible screen to deform when a virtual key is pressed.

Second, haptic feedback would be used to simulate the click of a real key.

Third, an electrostatic charge could also be used to simulate the feeling of the edge of a key, making it feel like a real keyboard when you place your fingers on it ready to type.

The reports suggest a product due to launch sometime around 2026/2027. I wouldn’t entirely rule out Apple having this kind of tech working by then, but it does seem a stretch. Especially as you’d hope that the company would proceed with considerable caution after the butterfly keyboard debacle.

However, while I spend a great deal of my time typing, that isn’t true of all Mac users. Some, for example, spend most of their time in Photoshop or Lightroom or Affinity Photo or Pixelmator. Others in Final Cut Pro or Adobe Premiere or Davinci Resolve. Yet others in Logic Pro or Audacity or Adobe Audition. There are a great many professional Mac users who spend relatively little time typing.

So I could potentially see a device like this having a great deal of appeal to some users. For me, the only question mark is: Are there enough of them to justify making this type of product? That, I think, depends how much people are willing to pay.

I’d argue that it could appeal to at least as many people as the Mac Pro, and Apple is happy to continue making that because it knows that a niche market times a high price equals a worthwhile income. So provided people are willing to pay the kind of price this device is likely to cost, then I could see Apple making it.