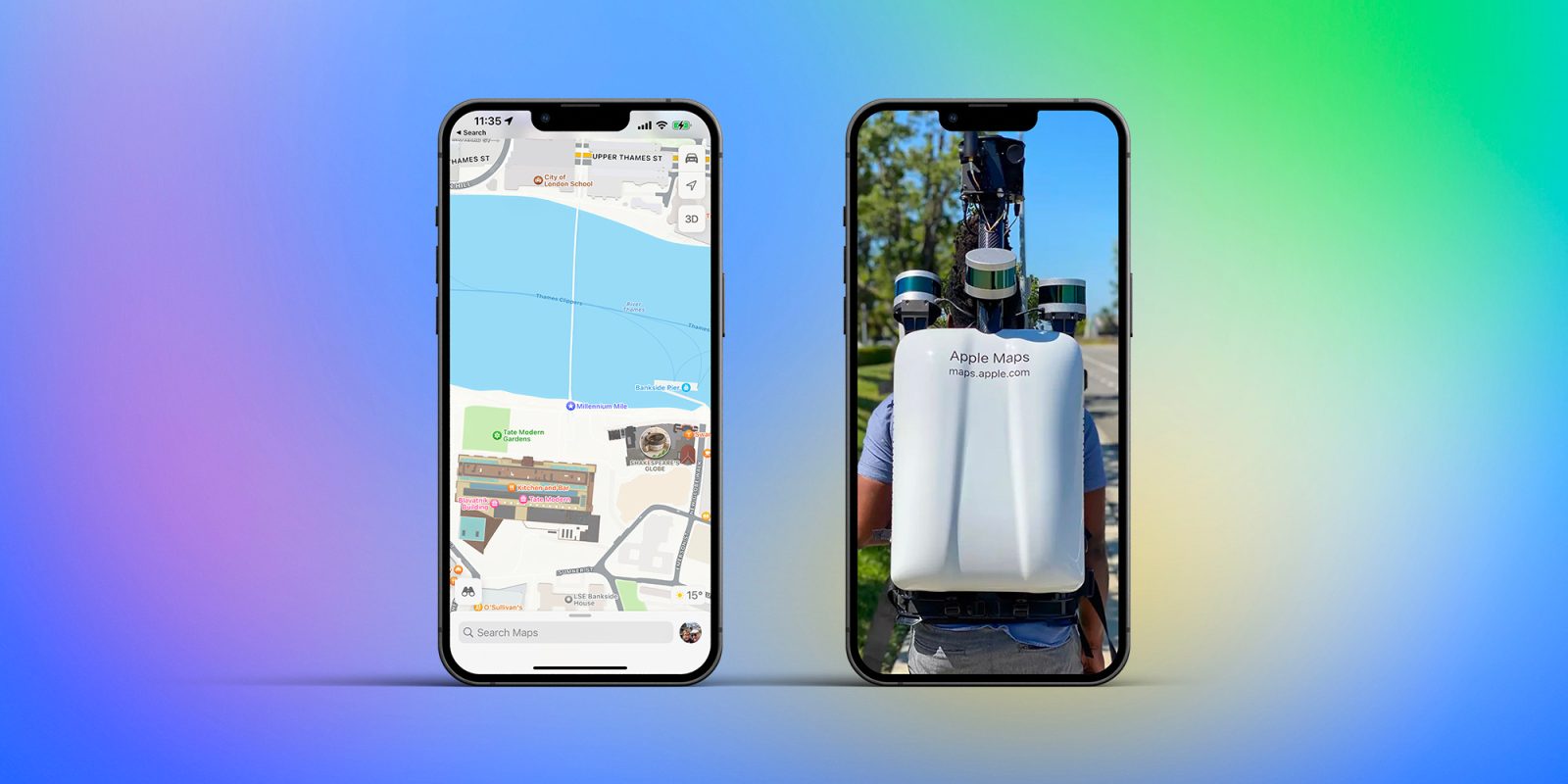 Apple has launched ground surveys on the streets of London, Birmingham and Manchester to gather pedestrian data for its Apple Maps service using special backpacks to capture the necessary data.

Starting on Monday and running until mid-May, the backpacks – which feature cameras and other sensors for mapping data collection – will begin to appear in areas of the three cities where it is not possible to drive.

British cities are pedestrianizing a growing number of areas as they seek to make bricks-and-mortar shopping more attractive and reduce car usage. This means there are an increasing number of places that Apple Maps cars cannot reach.

Apple says that it of course applies the same privacy features to these systems.

We are committed to protecting your privacy while conducting these surveys. For example, we will censor faces and licence plates on images that are published in Look Around.

The company recently announced that it is bringing more 3D imagery to select Canadian cities.

The newly enhanced city experience — which expands on the new map that Apple spent years building from the ground up — includes enhanced navigation and amazing details for road markings, land cover, trees, elevation, and public transit routes; introduces a new windshield view for drivers and immersive walking directions shown in augmented reality; and much more.

Apple Maps famously got off to a very poor start, but the company explained late last year how it salvaged the service. Apple presented three reasons it thinks users should now at least consider using it in place of the more popular Google Maps.

Firstly, Apple is making a large investment into Maps to continue making it better. Privacy is central to it, in that you don’t need to make a separate account and they aren’t tracking your location for data purposes. Third is the design and ecosystem that Maps plays into. The integration with other Apple devices and services is a key aspect of this service.