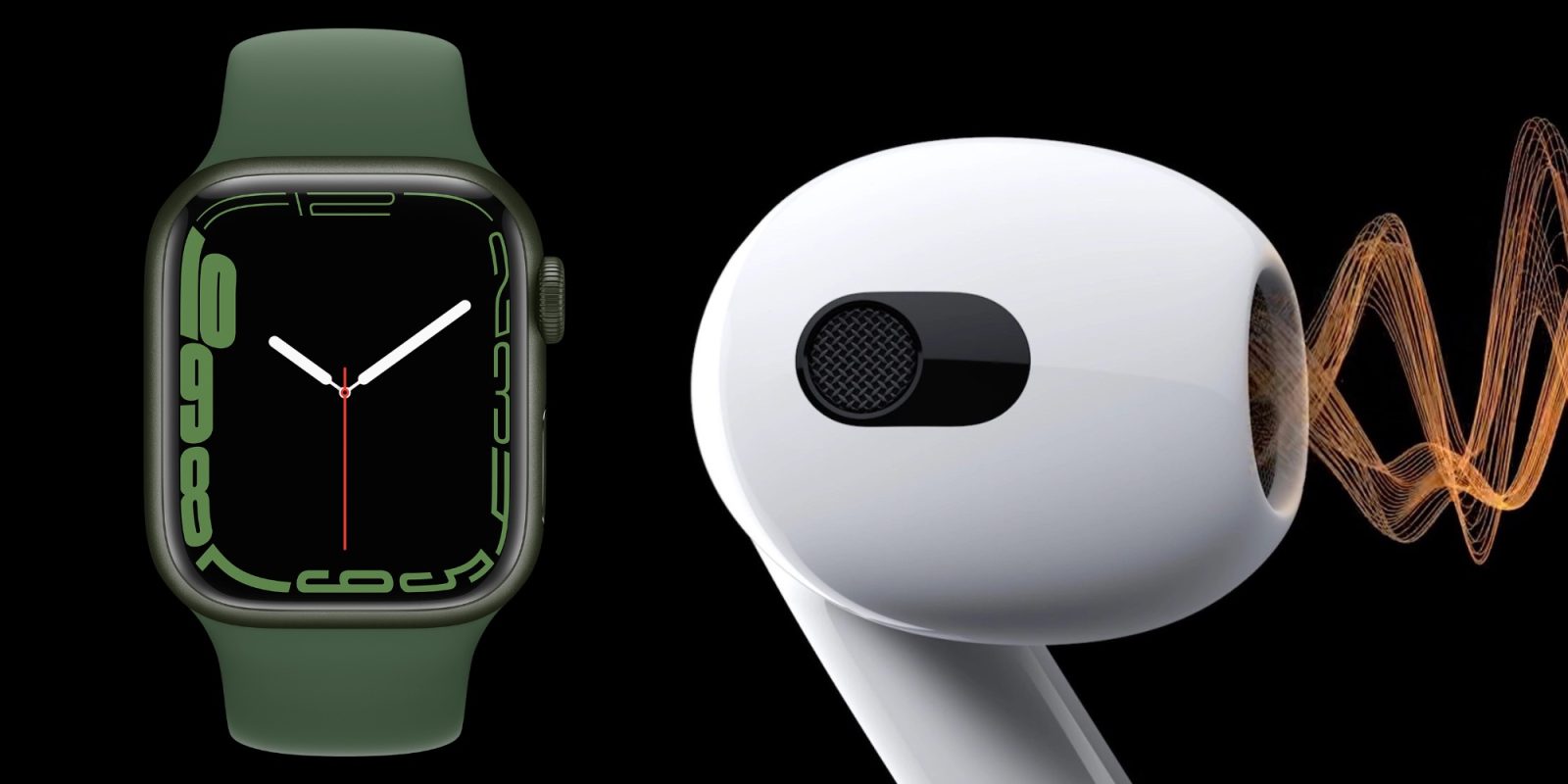 Kicking off the work week, all of today’s best deals are now headlined by Amazon lows on Apple Watch Series 7 from $314. That’s alongside another chance to score AirPods 3 for $150 and a new low on the latest Apple TV 4K 64GB with refreshed Siri Remote. Hit the jump for all that and more in the latest 9to5Toys Lunch Break.

Amazon now offers the Apple Watch Series 7 41mm GPS for $314. Normally fetching $399, this is $15 below our previous mention and marks a new all-time low at $85 in savings. The rest of the aluminum models are now sitting at $70 off, alongside some higher-end stainless steel stylings and more. Apple Watch Series 7 arrives as the brand’s latest wearable with a series of specs to back that up.

There are all of the expected features that make it an ideal fitness companion, as well as new improvements this time around like a noticeably larger screen. You’ll also find a new fast charging mode that supplements all-day battery life with the ability to deliver enough charge to wear overnight in just eight minutes. Then staples like heart rate monitoring, sleep tracking, and the ability to take ECG readings complete the build. Here’s how it compares to the previous generation models.

Amazon is starting off the week by discounting Apple’s latest AirPods 3 to $150. Down from $179, this is matching the second-best price of the year and marks the best markdown we’ve seen in over a month when it was $5 less. Apple’s latest earbuds just launched back in October and most notably arrive with a redesigned casing that takes a page out of the pro version’s book. While you’re ditching the silicone eartips, AirPods 3 arrive with much of the same Spatial Audio support, as well as added water-resistance for tagging along on runs or workouts. Plus, there’s the nifty new MagSafe charging case that provides 30 hours of listening to complete the package.

Amazon currently offers the latest Apple TV 4K 64GB with refreshed Siri Remote for $170. Down from $199, today’s offer amounts to $29 in savings, is the first discount of the year on the higher-tier storage capacity, and a new all-time low at Amazon. For comparison, the 32GB model sells for the same price. Apple’s latest streaming media player may be defined by the refreshed Siri Remote that owners are raving about, but there’s more to Apple TV 4K than just that.

It comes powered by the A12 Bionic chip to deliver HDR and Dolby Vision playback at 60 FPS, and there’s also HDMI 2.1 connectivity to take full advantage of those specs, and Wi-Fi 6 support to pair with an onboard Ethernet port. Alongside all of the usual streaming service access, there’s also Apple Arcade, the new display calibration functionality, and Thread smart home support. Get a closer look in our hands-on coverage.

Amazon is currently offering the Razer Kishi Mobile Game Controller for iPhone at $75. While you’d more regularly pay $100, today’s offer is delivering the best price of the year at $25 off. This is also the best price since it dropped in October of last year. The Android version is also on sale for $55, down from $80.

Whether you’re looking to step up the Apple Arcade experience or take advantage of more ergonomic gameplay for diving into Genshin Impact, Among Us, and other titles, Razer’s Kishi controller grip is a must. With either Lightning or USB-C ports that deliver passthrough charging and an adjustable design, these are capable with a wide variety of handsets including the latest from Apple, Samsung, and more. You can get a closer look in our hands-on review.

Amazon is currently running some notable price drops on OtterBox and LifeProof Apple Watch accessories. You can land the 41 or 45mm OtterBox All Day Case for Apple Watch Series 7 in multiple colorways for $20. Regularly $25 and still fetching as much direct, this is a new Amazon all-time low on the latest model at 20% off. You’ll also find the Series 4/5/6/SE model down at the same price and within about $6 of the all-time low. Alongside the limited lifetime warranty from OtterBox, it is designed to guard the display, edges, and crown from unsightly bumps and scratches. It also features “lasting antimicrobial technology” that helps protect that case exterior against “many common bacteria.”