Camo app now lets you use iPhone as your Mac webcam with FaceTime, Safari, and QuickTime 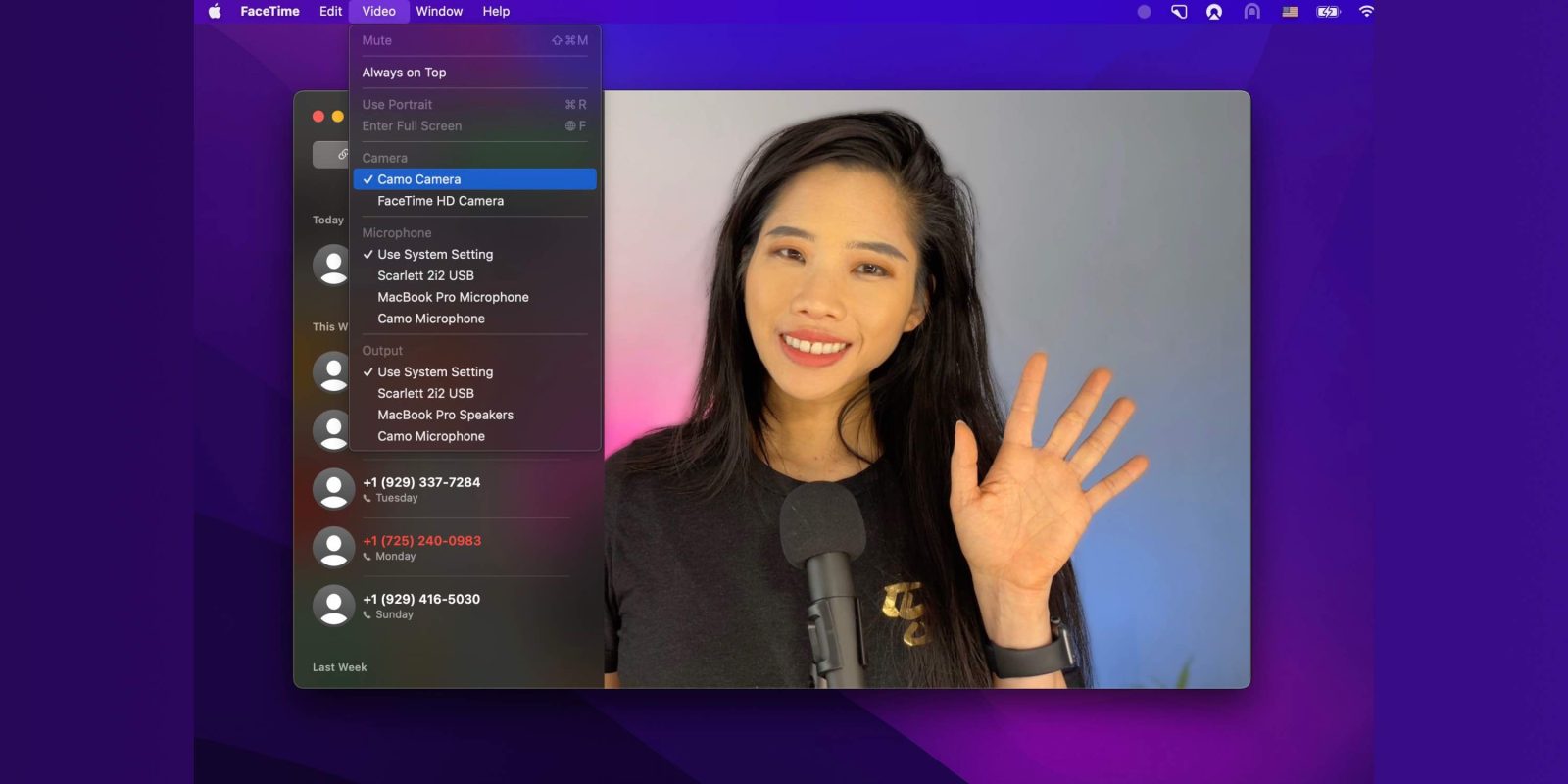 Reincubate launched its Camo app back in 2020 to seamlessly upgrade your Mac’s webcam with the iPhone you already have. Over the last two years, the app has been continuously upgraded, and today brings a major milestone. Camo now has official support to use your iPhone as the webcam in FaceTime, Safari, and QuickTime Mac apps.

As I covered back in my original review, Camo is an impressive app that gives you fine-grain control to use your iPhone as a 1080p Mac webcam. You can choose which iPhone camera lens to use, resolution, flash level, zoom, along with customizing white balance, exposure, brightness, temperature, and more.

Camo has worked with popular video services like Zoom, Google Meet, Microsoft Teams, Webex, Skype, and through browsers like Chrome, Firefox, and Edge. However, one tricky part has been support for FaceTime and Safari.

After talking with Apple over the last couple of years, Reincubate has been able to build official support for Camo into first-party Mac apps. Available starting today with version 1.6 (macOS 12.3 required), Camo lets you use iPhone natively through FaceTime, QuickTime, and Safari.

“We’re super excited to bring the power and simplicity of Camo’s video superpowers to millions of Safari, FaceTime, and QuickTime users,” says Aidan Fitzpatrick, CEO of Reincubate. “This update comes as a consequence of two years of conversations with Apple on how we can make the most of the incredible cameras in their devices, and it’s freely available to all users running Camo 1.6 and macOS 12.3 or newer.”

I was able to test out the new update ahead of the release and it works seamlessly to use iPhone inside Mac apps. With Safari, just look for Camo Camera inside the settings for the video call service you’re using.

For FaceTime, just click “Video” in the menu bar then choose “Camo Camera” to switch from your default Mac webcam to iPhone. And in QuickTime, when you go to record a new movie, click the dropdown arrow next to the record button to find Camo Camera as an option.

Camo is available for Mac and PC – Android in testing too – with a free and paid Pro version (both ad-free).

Whether you’re disappointed with the new Studio Display webcam or just haven’t tried out Camo yet and are ready for an upgrade, it offers a simple setup and a wonderful app experience with vastly improved webcam quality.